Shenzhen's air quality ranked fifth among 168 key Chinese cities between January and April this year, according to statistics from the Ministry of Ecology and Environment on May 18. In 2021, it ranked second in terms of competitiveness for sustainable development among China’s cities, according to a report released Nov. 2, 2021 by the National Academy of Economic Strategy and China Social Sciences Press.

Having achieved great economic success over the past decades, Shenzhen has gone all out to transform itself into one of China’s most sustainable cities. This cannot be done without the support of companies contributing to the city. 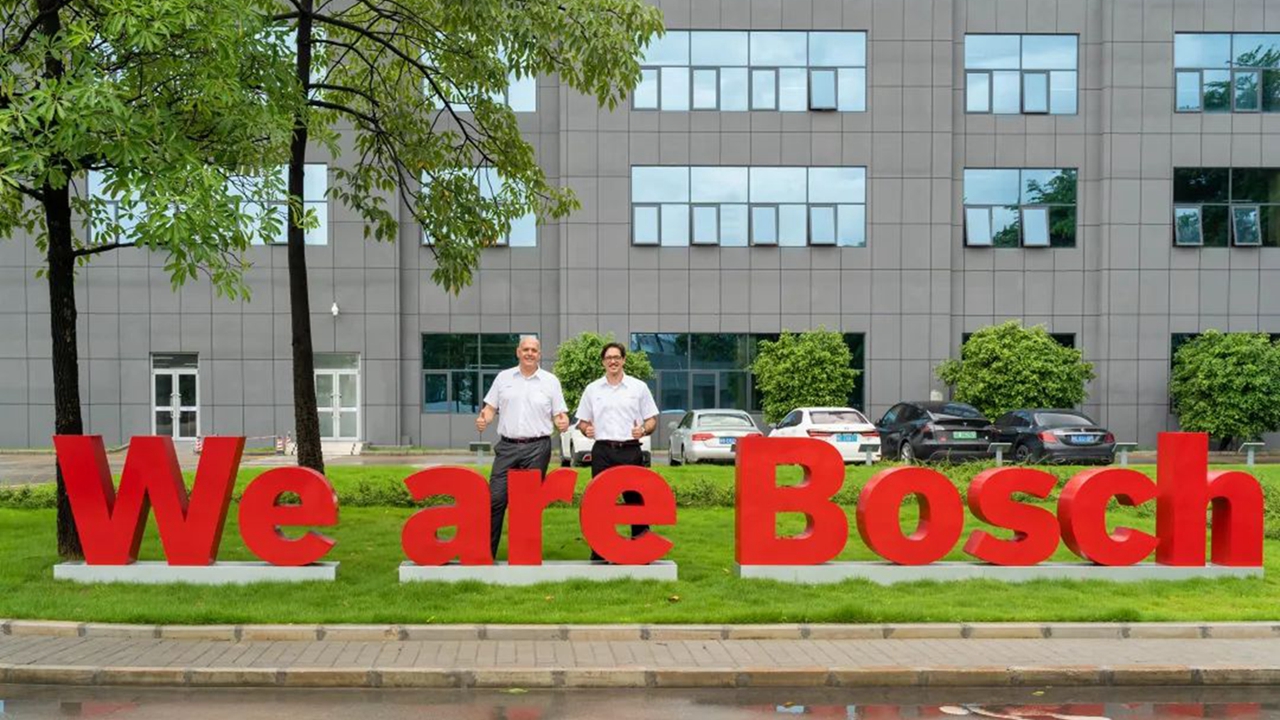 Marco Morea (L) and Sebastian Hardt pose for a photo at the Bosch Shenzhen plant. Photos by Lin Jianping, except otherwise stated

The Bosch Shenzhen plant is among those which have invested big to support the city’s efforts on environmental protection.

The Bosch Shenzhen plant, located in Pingdi Subdistrict in Longgang District, has a construction area covering 30,000 square meters and employs around 1,400 people. It is committed to producing wiper arms and wiper blades, and is among the world’s leading players in terms of annual output of wipers.

The Shenzhen plant, founded in 1992 and originally belonging to a Taiwan corporation, was acquired by Bosch in 2012.

Italian Marco Morea, 50, and German Sebastian Hardt, 41, both have been working for Bosch Group for a long time and decided to move to the company’s Shenzhen location. 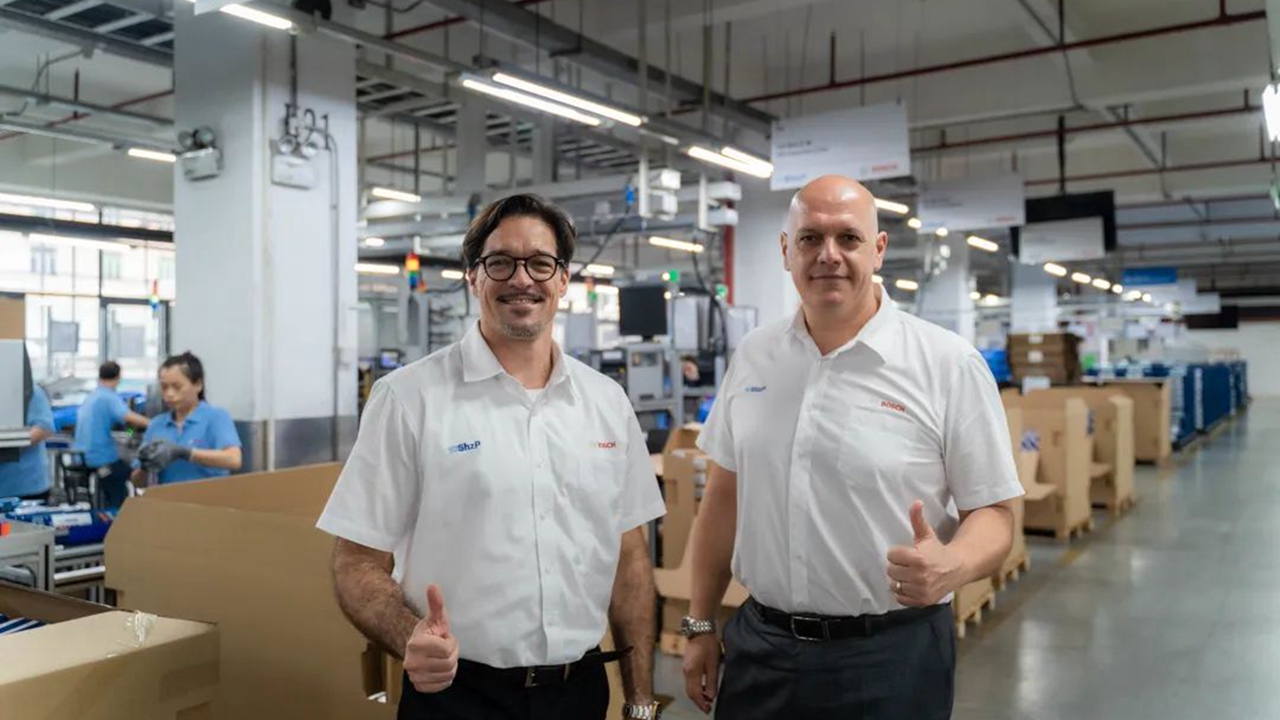 Marco Morea (R) and Sebastian Hardt pose for a photo inside the factory.

Morea, plant manager of the Bosch Shenzhen plant, has been working for Bosch Group for 25 years in different locations around the globe. After working for some years, he applied for a higher position and was designated as the plant manager in Taiwan in 2018. 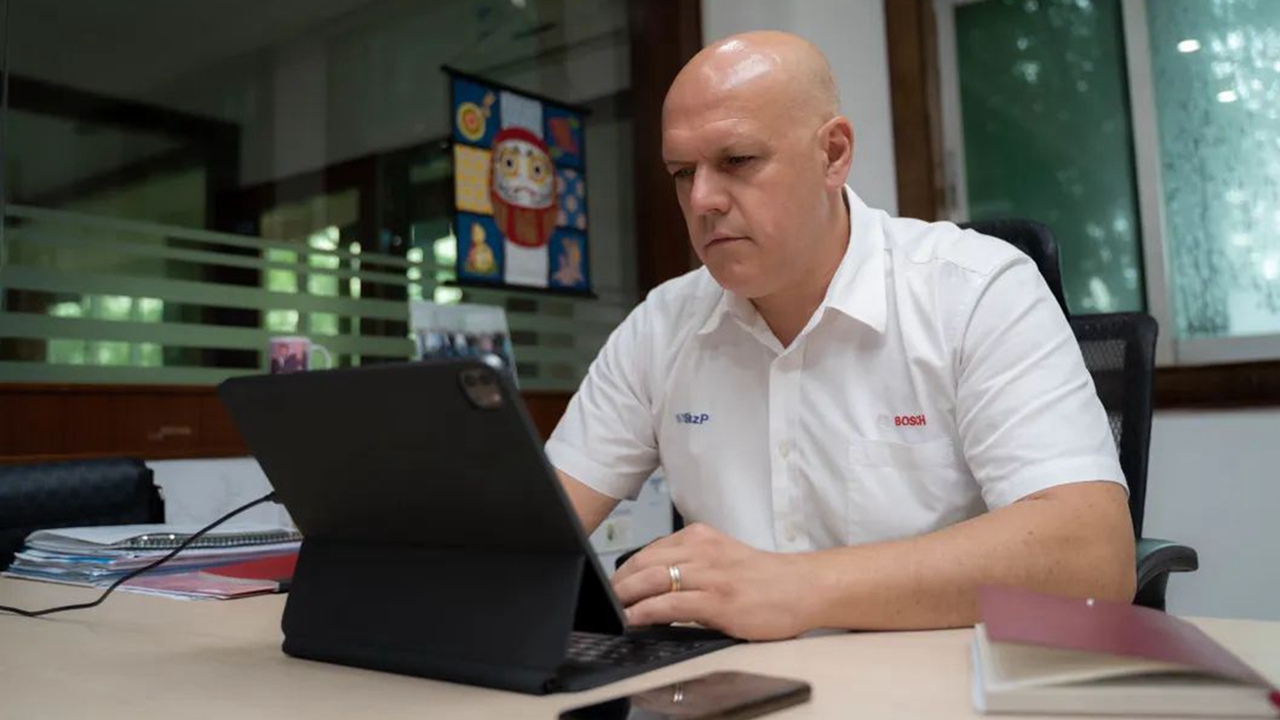 Marco Morea works in his office.

The lean manufacturing expert moved to Shenzhen from Taiwan in March 2020. The Shenzhen and the Taiwan plants both belonged to Unipoint, which was acquired by Bosch later. “So, after I finished my assignment in Taiwan, my supervisor asked me to take over the factory in Shenzhen,” Morea told Shenzhen Daily.

As for Hardt, commercial director of the Bosch Shenzhen plant, he came to Shenzhen in November 2019 after working for Bosch for 11 years. “I came to China because it is a great opportunity, professionally, to become a commercial director at a manufacturing site,” he told Shenzhen Daily.

Sebastian Hardt receives an exclusive interview with Shenzhen Daily in his office.

As a subsidiary of Bosch Group, the Shenzhen plant does not have direct customer contact. “We deliver our products to the Bosch warehouses, and from those warehouses they are delivered to customers, mainly big wholesale groups and supermarkets. Of course, we also sell to our Bosch car service networks, our own garages and wholesalers that want to have the Bosch wiper blades in their own package,” Hardt said. 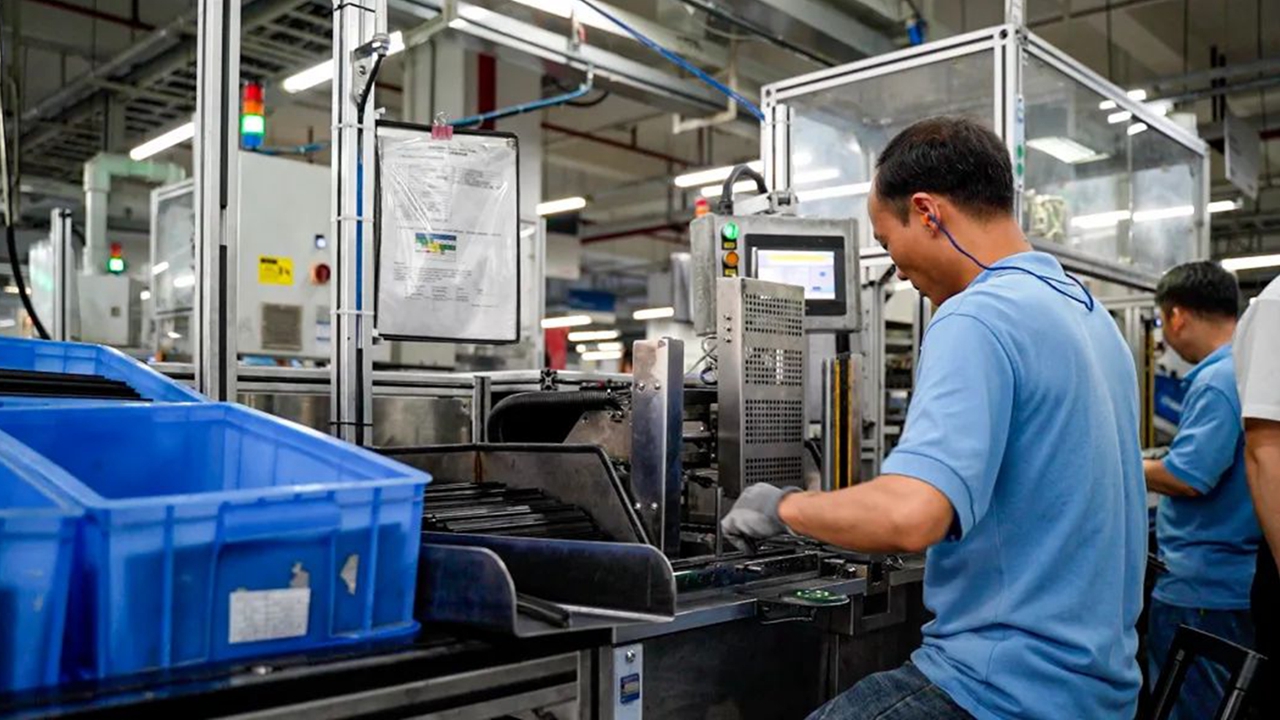 In terms of wiper arms, they only sell in China. The wiper arms produced in the Shenzhen plant will be sent to their sister plant in Changsha, where they will be mounted to the frame and the linkage before being sold directly to many leading car manufacturers in China. 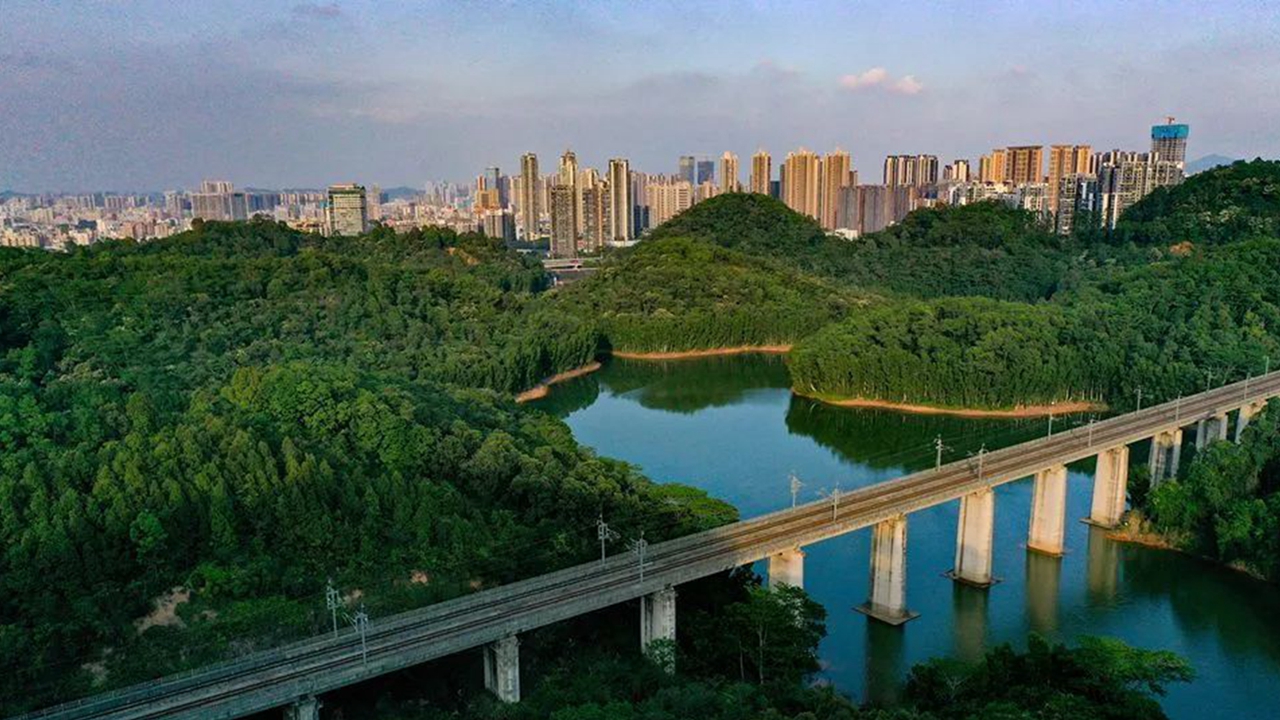 A view of the city from Yangtai Mountain. Liu Xudong

As the city is sparing no efforts to improve its ecological environment and focusing more on developing industries such as network and communications, advanced manufacturing, fashion, intelligent robotics, design and biomedicine, traditional manufacturers like Bosch Shenzhen plant face certain challenges.

“Here in our plant, we also produce the rubber for the wiper blade ourselves. We have a painting facility and a painting line, which means there are a lot of potential environmental hazards, a lot of garbage, and we can feel that the restrictions are getting stricter,” Hardt said. 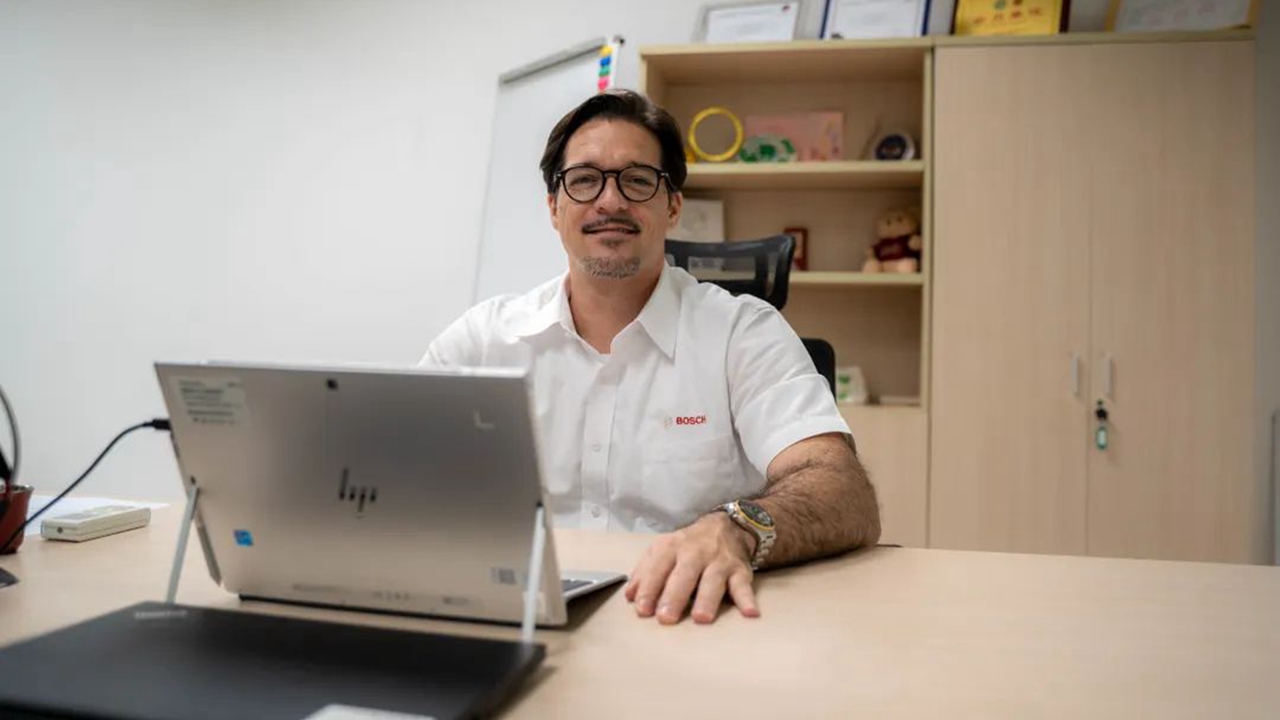 Sebastian Hardt poses for a photo in his office.

To cope with environmental restrictions and support the city’s green development, the Bosch Shenzhen plant has invested a lot to ensure that their production doesn’t affect the local environment. Thanks to their efforts, they have made great achievements in environmental protection and have won many awards including the National Excellent Foreign-Invested Enterprise – Safety and Environmental Protection Encouragement Award. 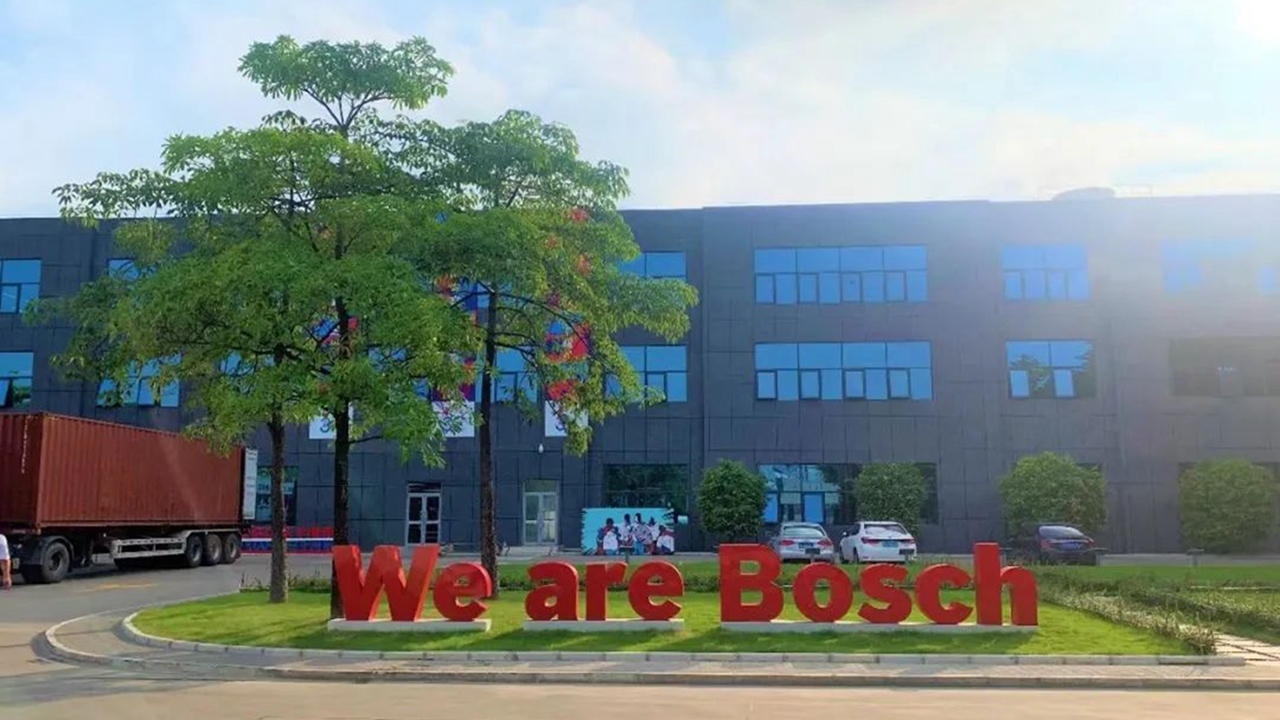 The Bosch Shenzhen plant. Courtesy of the plant.

According to Hardt, Bosch is very famous worldwide for its focus on environmental protection and social responsibilities. “It’s basically one of our core values to try to get better and we are carbon neutral within Bosch, and of course this is the achievement of each location,” he said.

“Since we came here two to three years ago, my colleague and I have been paying attention to this: where we can have additional cost savings and energy savings, how we can go more into green energy instead of the traditional energy. We also plan, for example, to put solar panels on our roof. So, there were a lot of activities. We changed old machines and replaced them with new machines that consume less energy,” Hardt said. 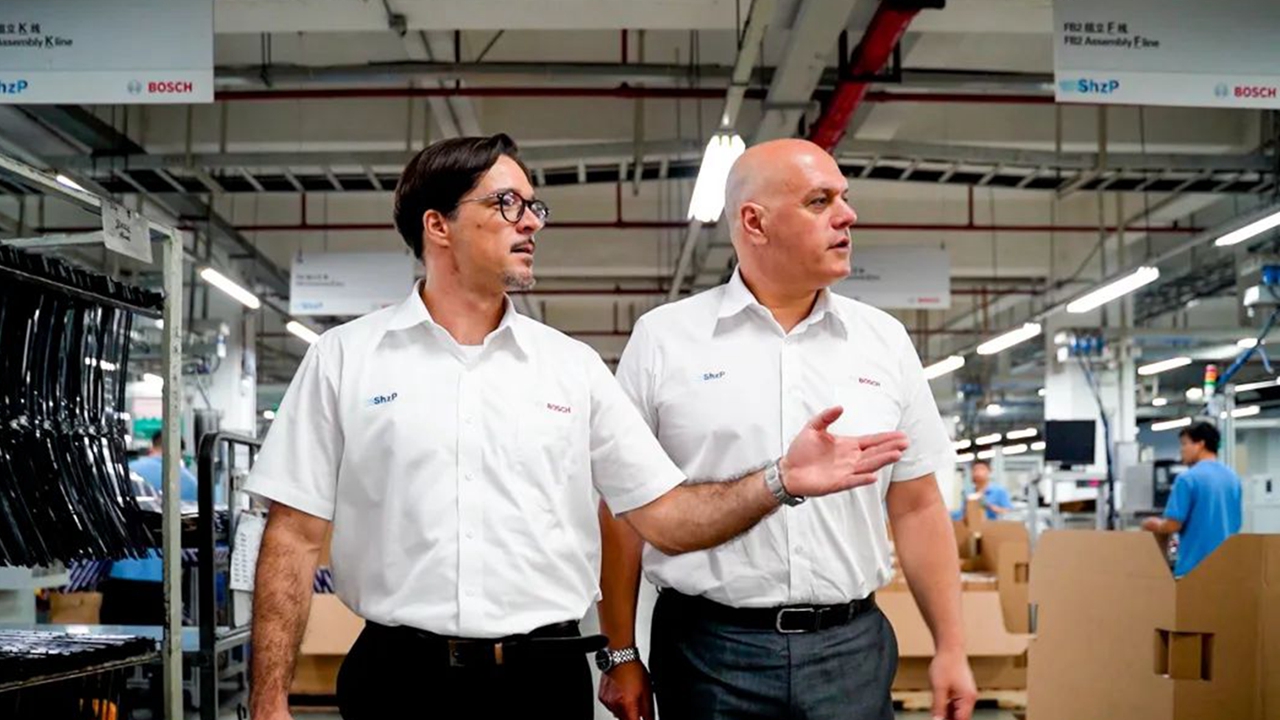 “Last year we invested 8 million yuan (US$1.18 million) because we installed VOC (volatile organic compound) machines to control the emission. We had external auditors on site for four months to check all the processes and emissions. Finally, we got certified, which means we are clean. Part of the investment was in the wastewater treatment machine. We upgraded it and the water we discharge now is something like you can drink. It is really very clean,” Morea introduced.

Their efforts have reaped fruits. The company was nominated as one of the city’s top 100 companies for hazardous wastes management. “Currently a lot of companies are visiting us because they want to learn and understand how we could achieve this target,” said Morea. A scene at the Bosch Shenzhen plant.

“The environment is a basic requirement if you want to keep the production because currently, Pingdi is no longer an industrial area, but a residential area. In the past the smell of rubber was quite intensive, and it was not nice for the people living around. That was why we really worked on it. We installed a lot of filtration systems to reduce pollution and emission, and to make sure that the people living here look to Bosch as a real benchmark, and not like a smelly company,” Morea concluded.

Like other companies, the Bosch Shenzhen plant was affected by the pandemic. However, with strong government support, the plant has been running well and also increased its sales.

Though affected by the pandemic at the beginning of 2020, they produced a lot in the second half of the year. In 2021, the plant ran smoothly without really being affected.

In March this year, Shenzhen was locked down for one week and the local government allowed them to carry out closed-loop production. A machine at the Bosch Shenzhen plant.

“Since we deliver to automotive manufacturers, you must deliver,” Morea explained. “And the local government understood that. They allowed us to produce. So, 200 employees decided to stay in the company. We purchased 100 additional beds because we have dormitories, and these 200 employees decided to stay on board for one week to continue to work.”

The government also allowed their supplier to deliver raw materials, which meant a lot to them. “Because you can work, but if you don’t get raw materials, if you cannot ship, then it makes no sense. It is great support from the local government, I have to say, really, because this could be quite risky for us, if we could not deliver,” Morea said.

According to Hardt, in general, their wiper blade business has not been affected by the pandemic but has actually achieved growth. “Over the last three years, our sales have been increasing. We produce more wiper blades than ever before,” Hardt said. 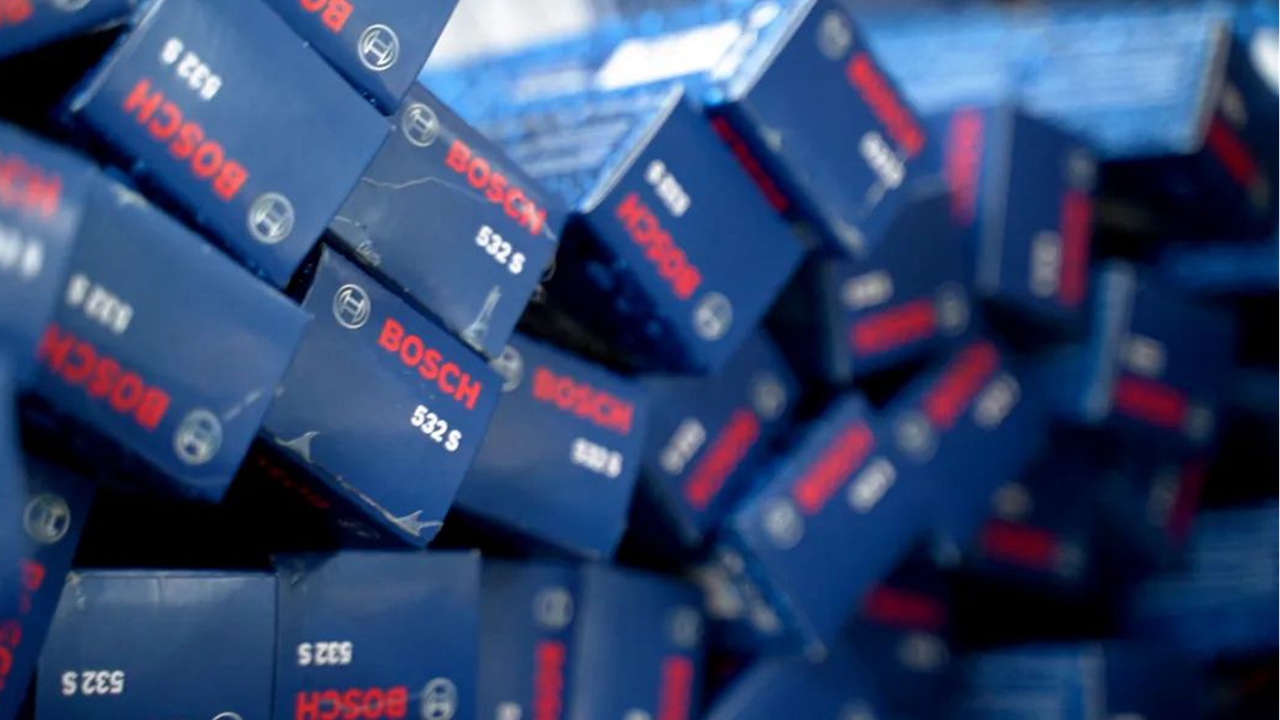 Some products of the Bosch Shenzhen plant.

Though the business of wiper blades has been running well in general, logistics problems caused by the pandemic got in the way.

“When we talk about the supply chain, when we talk about how we get our finished goods from China out into other regions, of course we are affected. We have container shortage and the transportation cost of course has increased. We get some parts from other countries, like some raw materials. But all in all, the customers still order our products. I mean it still rains even though there is a pandemic. People still drive cars, and of course people still need wiper blades on their cars, with or without viruses. So, that means we are really on the good side,” Hardt explained. Marco Morea (L) and Sebastian Hardt show one of their products.

In terms of the wiper arm business, Hardt said that they were affected by the pandemic in the first half of the year. “But right now, we see that basically all the orders are being pushed into later this year. So, for the wiper arm business we also see a very heavy increase of orders, which is really good,” said Hardt.

During the pandemic they also received government subsidies for social insurance, energy costs, electricity, medication and disinfection, according to Hardt.