A short video of four wild boars wandering along the river near Liantang Checkpoint in Luohu District has captured citizens’ attention.

The video, recently published in Douyin, showed the boars were swimming in the river while coming toward a big fish. One of them, with a black pattern on its back, was trying to catch the fish but failed. 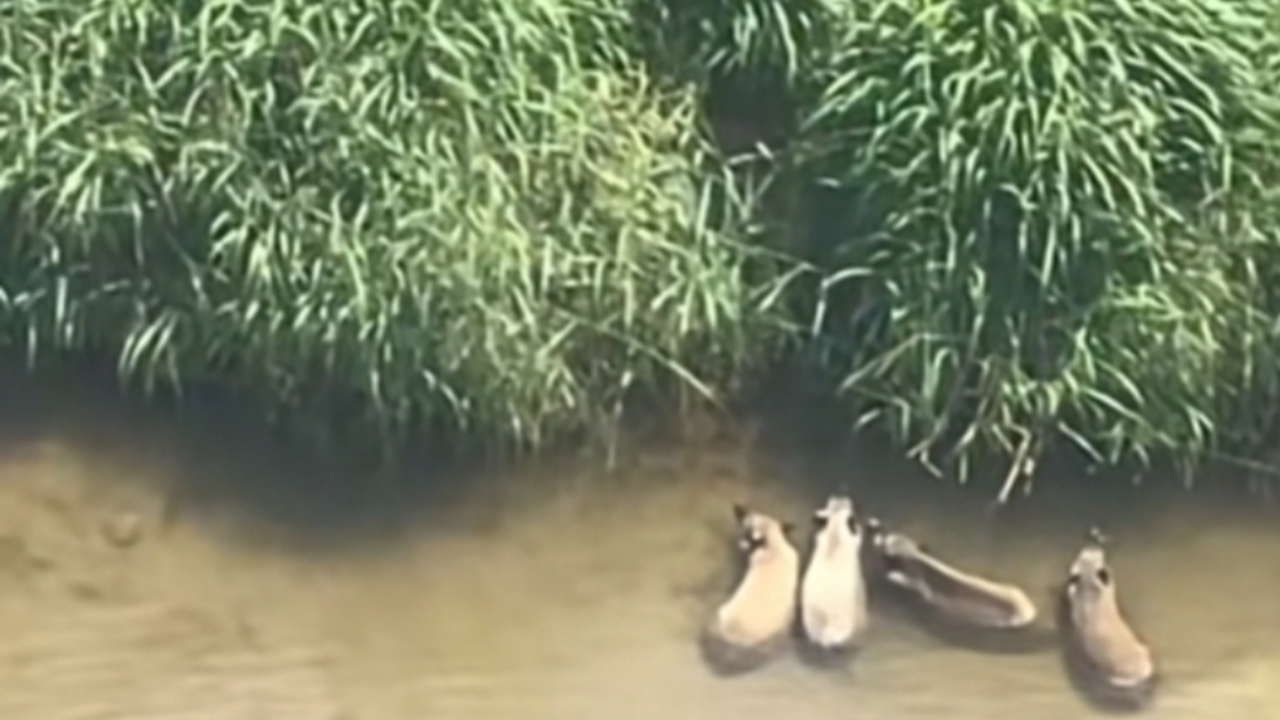 Four wild boars appear on the opposite side of the river by Liantang Checkpoint. A screenshot from a Douyin account

Officials from Liantang Subdistrict and Luohu’s urban management authority clarified that the wild boars captured in the video appeared opposite Liantang Checkpoint, which is beyond the jurisdiction of Shenzhen. However, these animals were also spotted in Shenzhen in Fairy Lake Botanical Garden and Wutong Mountain.

Zeng Zhenping, who has worked for Wutong Mountain for 26 years, told sznews.com that he has encountered wild boars nine or 10 times. The most impressive ones he saw were a female wild boar leading six cubs on the mountain.

According to Zeng, the wild board reproduce quickly because they are on top of the food chain and have no natural predators. Many places on the mountain showed their traces, which is a positive sign representing the mountain’s improving ecological environment.

He also said that warning signs have been erected in Wutong Mountain to remind visitors about the wild boars.

“When coming across a wild boar, avoid playing and eye contact with them. They can coexist with humans peacefully, but when they think there is a threat, they can be aggressive,” Zeng said. When encountering an aggressive wild board, visitors are advised to make a turn and not stand right in front of it because the animal usually moves in a straight line.

Zeng added that visitors must call the police or wildlife protection center for help when necessary.

Wild boars are useful terrestrial wildlife with economic and scientific research values, and it is prohibited to hunt and trade them randomly.