Shenzhen is bent on cutting off the transmission chain of COVID-19 in the shortest time possible to stem virus spread, racing against time to achieve dynamic zero-COVID status at the community level, according to a press conference held by the Information Office of the Shenzhen Municipal Government yesterday.

According to Lin Hancheng, a senior health official from the city’s health commission, the Shenzhen Center for Disease Control and Prevention has carried out comparative analysis of virus genomic sequencing on all cases reported in the city since Friday. The sequencing results show that the Omicron subvariant BA.5.2 is responsible for most of the cases. 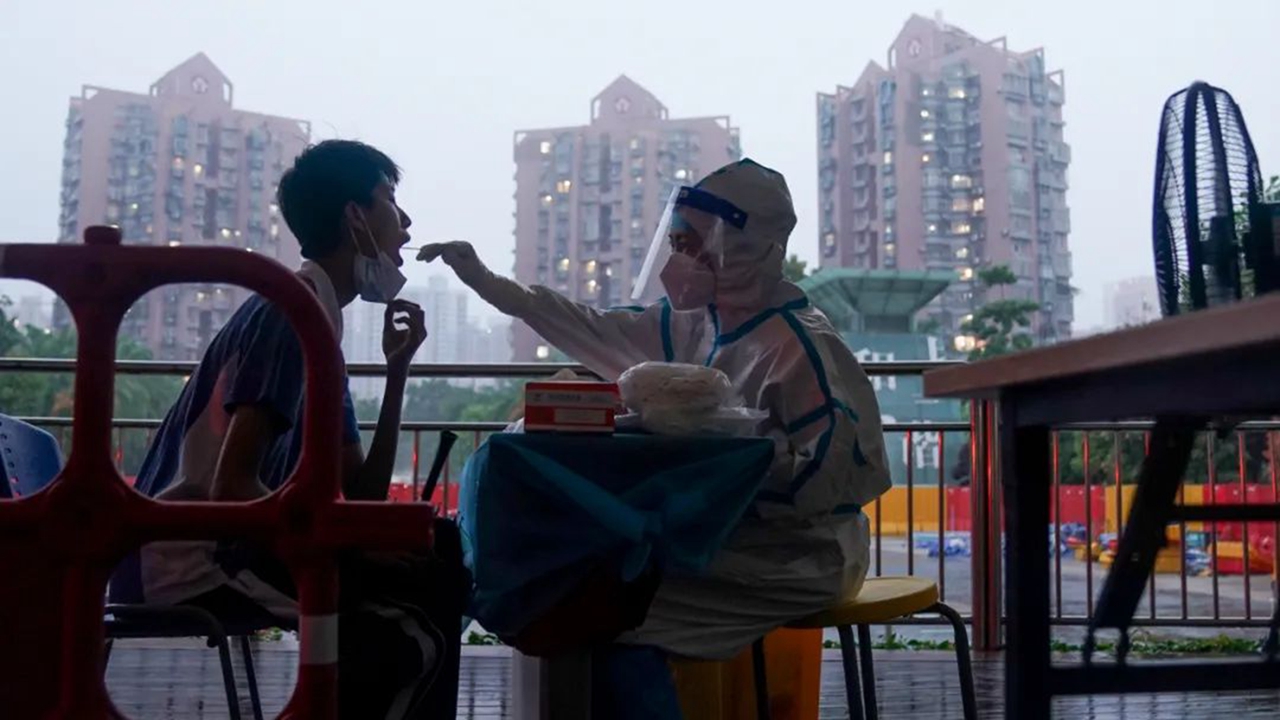 A student has a nucleic acid test in Yitiancun housing estate in Futian District.

The sequencing of the infected strains found in the cases is highly homologous with that of some strains reported overseas, thus the possibility that the city’s latest infections were caused by imported cases cannot be ruled out, Lin said.

Mayor Qin Weizhong chaired a meeting earlier yesterday and urged efforts to stem the spread in the shortest time possible and hold firm the bottom line that there will be no large-scale COVID rebound in the city.

According to Lin, all infections in the recent COVID resurgence were detected early. The city’s epidemic prevention and control situation is generally controllable, and the risk of a large-scale outbreak is low.

Lin warned that the Omicron BA.5 subvariant is highly contagious and spreads fast and did not rule out the possibility of new positive cases in the short term.

As the National Day holiday is approaching, Lin urged citizens to spend the holiday in Shenzhen and avoid traveling to places containing medium- and high-risk areas for COVID.

The city has also adopted targeted prevention and control measures at key places, institutions and industries in certain areas and time periods, and reinforced COVID measures in indoor business premises, according to the conference.

Additionally, Futian and Luohu, the hardest-hit districts, have strengthened management and improved services at the community level. Residents who have visited places that patients had been to during specific time periods are urged to report to authorities in a timely manner.

The city reported four locally transmitted confirmed COVID cases and one asymptomatic infection from 12:01 a.m. to 12 p.m. yesterday. Among them, three were found among those under centralized quarantine, one was found in the screening of close contacts, and one was found in the community screening.