The 24th China Hi-Tech Fair, the largest-ever in terms of exhibition area in its history, wrapped up Nov. 19, with a total of 1,700 new products and technologies making debut during the five-day event. 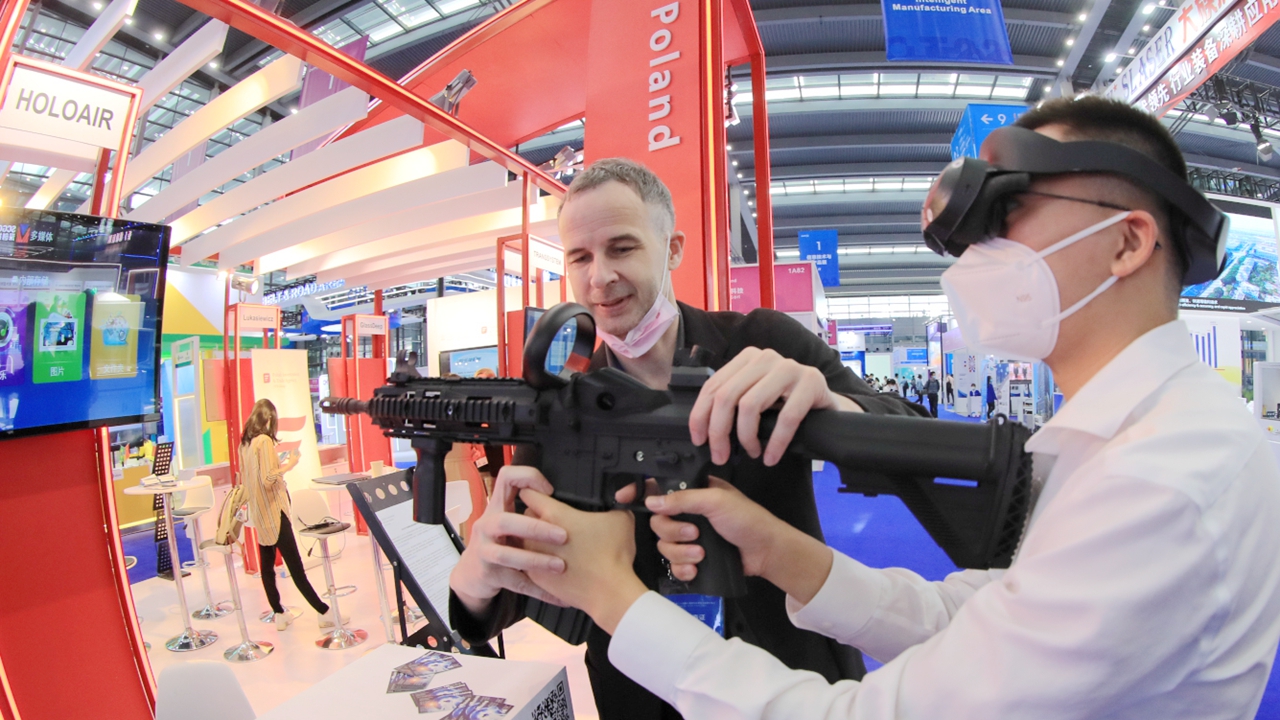 A staffer at the booth of HOLOAIR from Poland aids a visitor wearing a mixed-reality headset developed by the company to play a shooting game during the China Hi-Tech Fair at the Shenzhen Convention and Exhibition Center in Futian District today. Photos by Sun Yuchen

A total of 41 countries and international organizations brought technologies to the fair for exhibition. Domestically, a total of 24 provinces and municipalities, and 23 higher learning institutions set up booths at the fair.

Among the 5,671 exhibitors, around 1,400 were enterprises administered by the Central Government, Fortune 500 firms, listed companies and “little giant” enterprises engaging in specialized fields and niche markets.

For the first time, the organizers designated an exhibition area for the “little giants,” showing the technological strength of small and medium-sized enterprises of the city. A total of 43 nationally recognized “little giants” from Shenzhen participated in the exhibition, whose products cover VR, robotics, medical equipment, chips, software, IoT, new materials, drones and telecommunications.

The organizers also set up thematic exhibitions for niche markets under the 20+8 industrial clusters, enabling visitors to feel the pulse of China’s technological development.

During the fair, guest speakers from the Swiss Government, Spanish Consulate General in Guangzhou, the French Chamber of Commerce and Industry in China, EU-China Business Association and other organizations shared ideas on digital innovation at the BRI Innovation and Cooperation Forum. Enterprises and institutions from Australia, Russia, Latvia, Finland, Hungary, Brazil, Spain and the UAE participated in international business negotiations.

The organizers also staged a total of 148 conferences of different types, including China Hi-Tech Forum, which was composed of six thematic forums on new technologies, new economies and emerging technologies. More than 40 academicians, economists, and executives from enterprises shared their insights at the thematic forums.

At the X-Lake Forum, a highlight of the fair, Shenzhen officially inaugurated four science-related facilities — the International Science and Technology Information Center, Shenzhen InnoX Academy, Shenzhen XINSTITUTE and New Cornerstone Science Foundation. A number of experts and scholars from around the world gave speeches on openness and integrated development at the forum. Among them were Roger Kornberg, 2006 Nobel Prize winner in chemistry; Efim Zelmanov, 1994 Fields Medal winner and a chair professor of the Southern University of Science and Technology (SUSTech); Gao Wen, director of the Shenzhen Peng Cheng Laboratory; Chen Huaping, Party chief of Shenzhen Stock Exchange; and Mao Junfa, president of Shenzhen University.

A total of 2,906 exhibitors attended the fair online, presenting 8,790 items for exhibitions and trading. 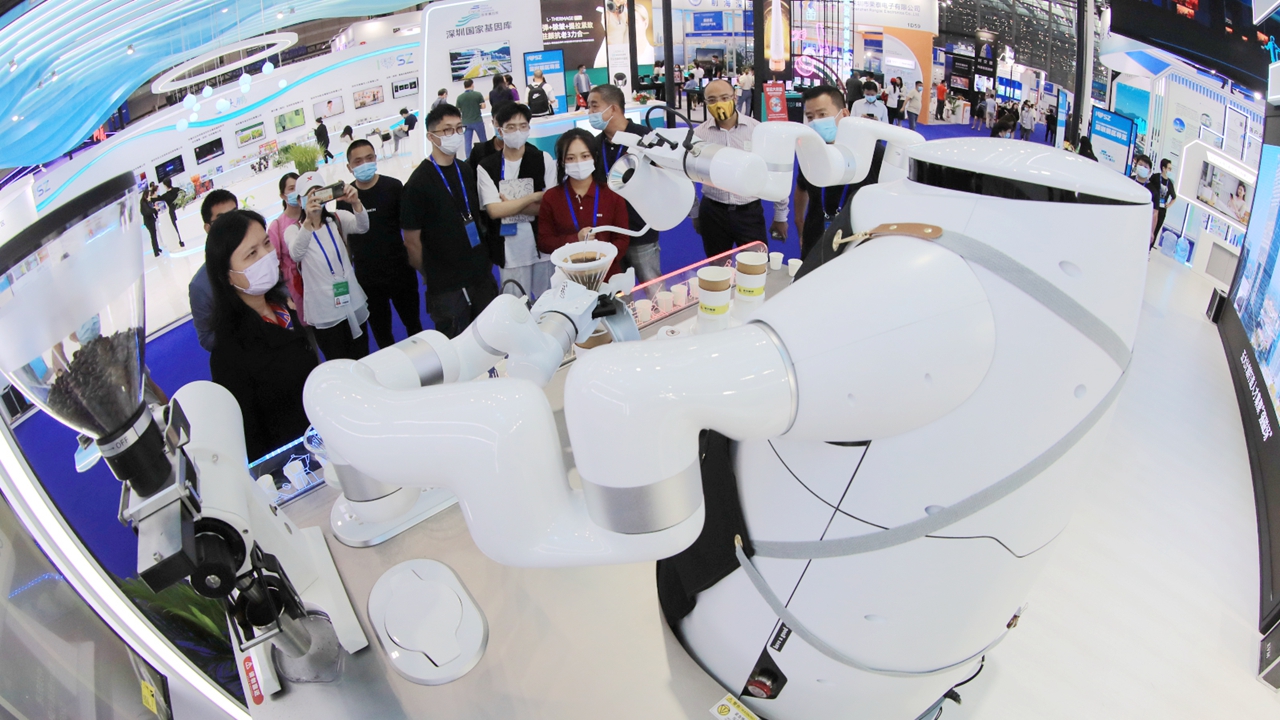 Visitors take an interest in a robot barista while it makes coffee at the Longhua pavilion of the CHTF.