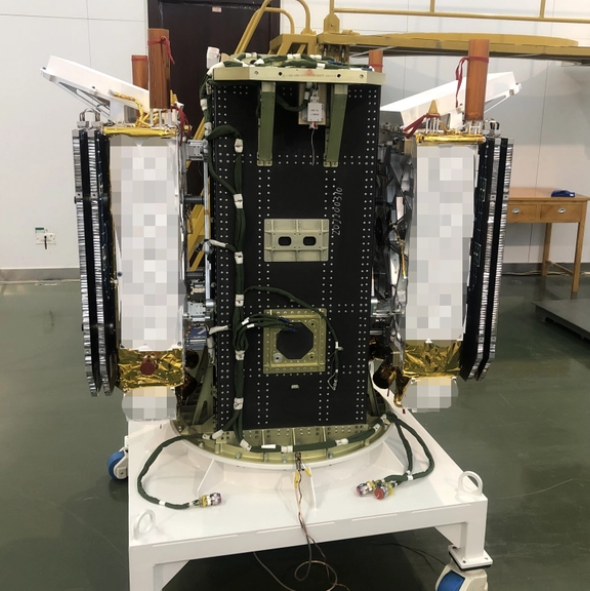 One of the satellites made by Shenzhen-based MagicCubeSat Technology Co. Ltd. Nanfang Plus

They were sent into the planned orbit, along with three other satellites, by the CERES-1 Y5 carrier rocket, which blasted off from the Jiuquan Satellite Launch Center in Northwest China at 1:04 p.m. Monday.

The aerospace industry is emerging as a new growth engine of Shenzhen’s economy as the city aims to build a world-class and domestic leader of “satellite plus” innovation ecology, and become a global innovation hub for satellite development and related industry applications.

Shenzhen will provide up to 300 million yuan (US$45 million) in financial incentives in support of development of satellite equipment, applications and other areas to drive space-related innovation, the Shenzhen Municipal Development and Reform Commission announced in 2021.

The local government supports enterprises to establish self-controllable, safe and reliable high-throughput broadband communications satellite system and remote-sensing satellite constellation, with subsidy worth up to 200 million yuan to be given to high-orbit satellites and 50 million yuan to low-orbit equipment, according to the announcement.

The city has pledged to select several satellite-related application demonstration projects with leading influence, broad market prospects, and significant innovative breakthroughs every year. They will receive funding of not more than 30% of the total project investment, up to a maximum of 30 million yuan.

Shenzhen also encourages enterprises to participate in the construction of a BeiDou information platform and the BeiDou Navigation Satellite System, spacecraft measurement and control ground station, and the satellite communication gateway station.