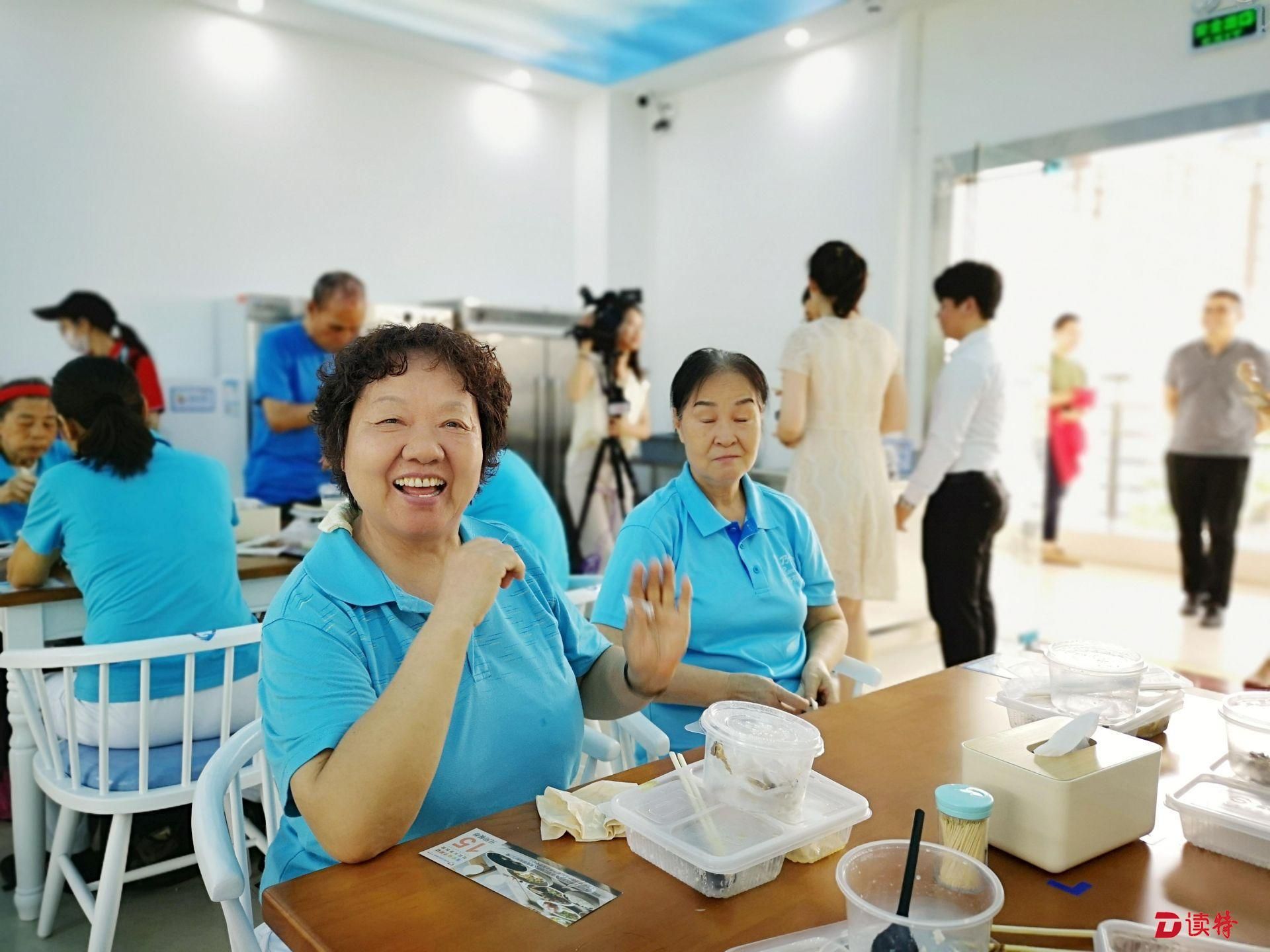 An elder woman poses for a photo while having lunch at a special canteen for the elderly set up by Longcheng Subdistrict Office in Longgang District. DT News

Shenzhen has set its sights on building an elderly service system that is compatible with an aging population and the economic and social development of a pilot demonstration area of socialism with Chinese characteristics by 2025.

The vision was put forward in the city’s five-year implementation plan for building a high-level “1336” elderly service system. Details of the plan were introduced at a press conference held at the Civic Center in Futian District on Thursday.

According to Pi Yonghua, deputy head of the city’s civil affairs bureau, the “1” in “1366” refers to building a unified intelligent “management + service” system for the elderly in Shenzhen.

The first “3” means pooling the efforts of the government, society and families, while the second “3” refers to enhancing the elderly care services provided by the government, communities and professional institutions.

The health care of elderly citizens is also a priority of the city government. Sun Meihua, a health inspector with the city’s health commission, said that regardless of their household registration, all the elderly aged 65 or older, who have lived in a community for more than half a year, can enjoy a free health checkup once a year.

Financial subsidies are granted to provide free influenza and pneumonia vaccines for people over 60 who hold Shenzhen hukou and are covered by the city’s basic medical insurance.

Shenzhen has also piloted a program to improve the living environment of the elderly in 450 households this year. The subsidy for each eligible household is 10,000 yuan (US$1,428), according to Pi.

The establishment of Shenzhen Elderly Health Care College is another important exploration in the city’s elderly service reform. The college aims to cultivate skilled talented workers for the elderly care sector.

According to statistics, in addition to a large number of elderly people without the city’s hukou, there are 337,600 elderly citizens with hukou in Shenzhen as of the end of 2019.

By the end of June 2020, the city had boasted 50 elderly care institutions and a total of 12,879 elderly service beds, which can effectively meet the local demand for elderly care service.