During this May Day holiday, long queues were outside Nanshan Museum every day from opening till closing. Visitors were eager to admire Raphael’s original and reproduced paintings from Italy and curious to discover why this Renaissance master is so important through the centuries. 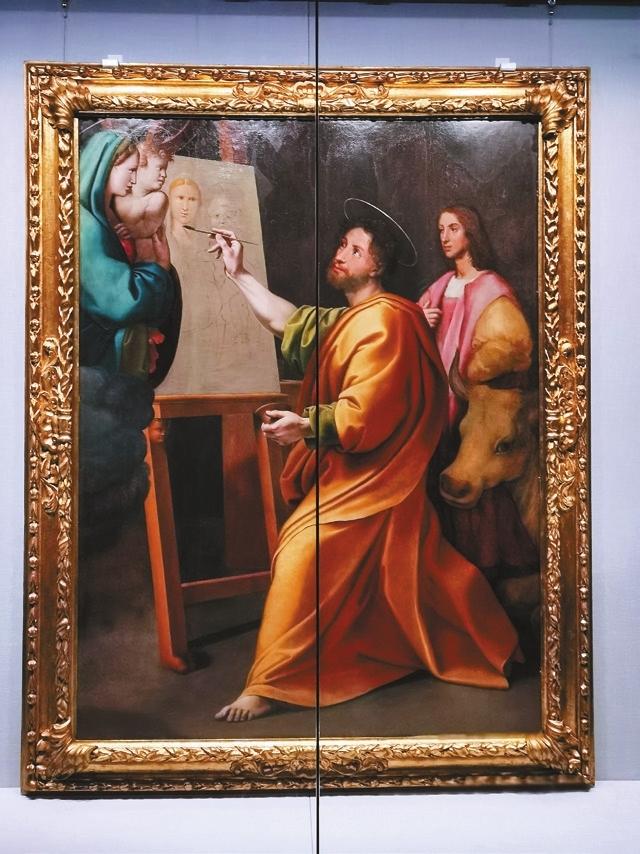 In “Saint Luke Paints the Virgin” (16th century), Saint Luke, patron saint of painters, is painting the Virgin and Child who appear to him in a vision. On the right, in the foreground, an ox, attribute of the saint, attends the scene, while Raphael is seen on Luke’s right, looking at the unfinished image. Raphael touches his heart in the painting, acknowledging that the image summons him to Luke’s profession. 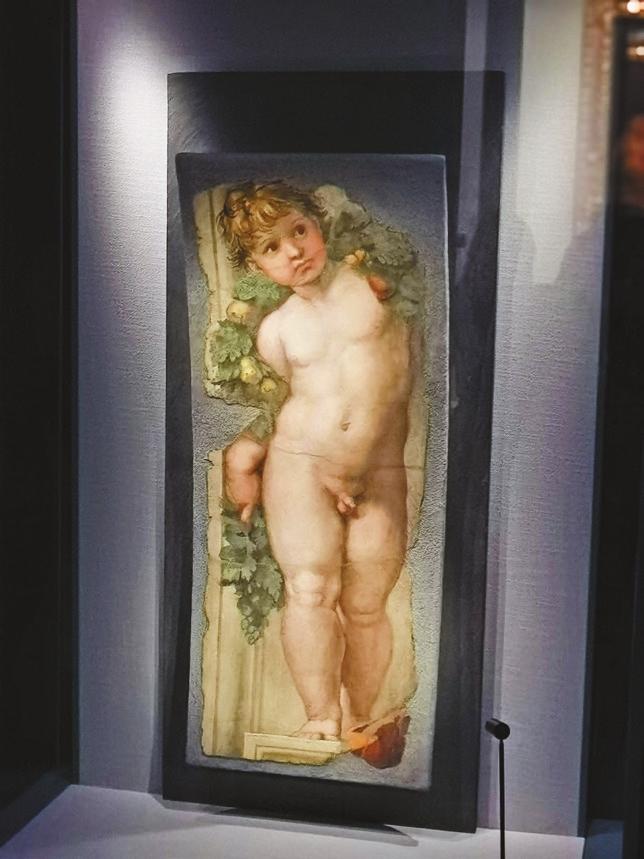 Throughout the Middle Ages and Renaissance, painters’ guilds across Europe were commonly named after Luke. This custom grew out of a legend that the evangelist was the first person to paint the Virgin Mary and infant Jesus from life. This kind of image has also been used by artists as a tool to affirm that their profession belonged to the liberal arts, instead of the mechanical ones. In the 16th century, Roman artists chose this subject for their paintings to be placed on the altar of the Church of Saint Luke in Italy, where the Company of Painters was based.

“Putto Reggifestone,” believed to be created by Raphael, was donated by painter Jean-Baptiste Wicar to the Accademia Nazionale Di San Luca in 1834. When the fresco fragment was exhibited at the academy, people for the first time observed the fresco technique without the aid of scaffolding. The work then had an extraordinary success, resulting in many copies of paintings from other artists.

A putto is a naked boy often appearing in mythological and religious art and “reggifestone” means “holding a festoon.” The fresco fragment is similar to one of the two putti on a fresco by Raphael in 1513 in the Roman church of Sant’Agostino. According to the exhibition captions, Raphael might have created a first version of the fresco, which he himself destroyed and then rebuilt a new one after observing Michelangelo’s work. The originality of the fresco fragment is still controversial in modern studies. 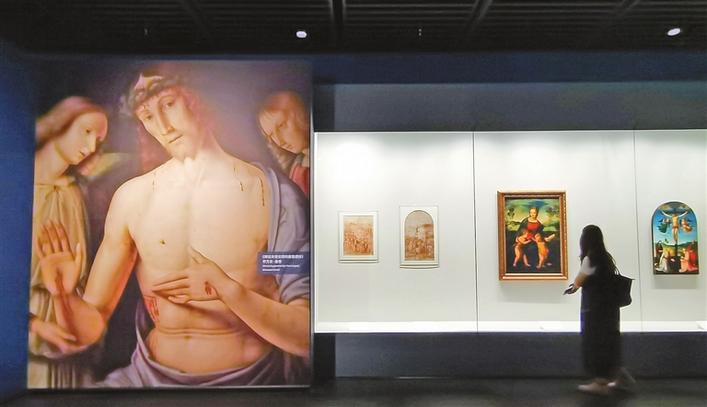 A visitor looks at Raphael’s paintings at Nanshan Museum.

The preparation of the exhibition began last year, the 500th anniversary of Raphael’s death. Born in 1483 in the small but artistically significant central Italian city of Urbino, where Raphael’s father was a court painter, Raphael participated in managing his family’s workshop when he was a teen after his father died.

Raphael’s career falls into three phases: his early study with Pietro Perugino in Umbria, then a brief period absorbing the artistic traditions of Florence from 1504 to 1508 and followed by his last triumphant 12 years in Rome.

A reproduction of Raphael’s painting “Mond Crucifixion” (1503) at the exhibition depicts Jesus Christ on the cross with six other figures; even though he’s dying, Jesus looks peaceful. In this painting, Raphael used Perugino’s calmly exquisite style, which made something that is terrible appear beautiful. This is Raphael’s typical work influenced by Perugino, whose original paintings are also on display in Shenzhen.

Although Raphael had learned much from Perugino, his other masterful examples of narrative paintings show his ability to use his own style; for example, his disposition of each figure in relation to the others is less rigid.

As Raphael assimilated the influence of Florentine art, especially of Leonardo da Vinci, figures in Raphael’s paintings began to take more dynamic and complex positions. He was also influenced by Da Vinci’s pyramidal composition, chiaroscuro and sfumato in portrait paintings but kept his serene and warm qualities.

Many of the works that Raphael created in Florence were about Madonna including “Madonna of the Goldfinch” (1506), a reproduction of which is on display at the exhibition. 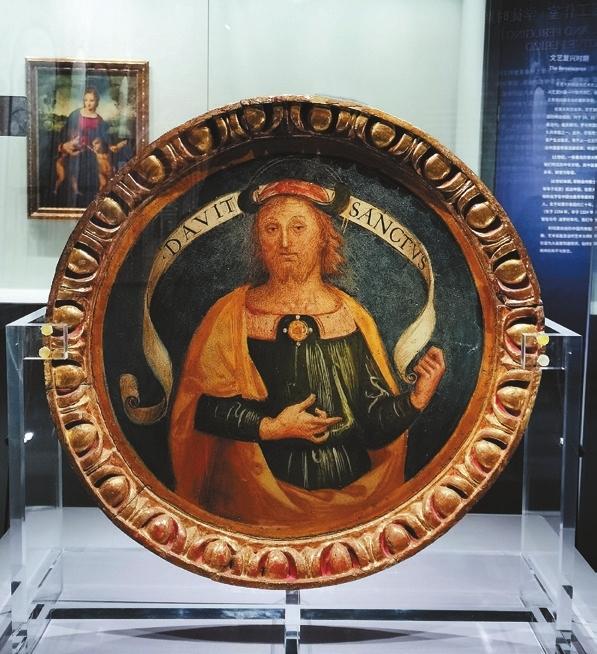 During Raphael’s last 12 years of his short life of 37 years, he created more grand masterpieces. Some works emphasize qualities of energetic movement and grandeur. Visitors can admire Italian Baroque painter and architect Pietro da Cortona’s painting “Galatea” (1624), copied from Raphael’s fresco “Triumph of Galatea” (1511). The fresco is famous for continual turmoil and swift movement with rich and intricate composition; every figure seems to correspond to others in movement.

A video at the exhibition clearly explains the fascinating composition and accurate perspective projection in “The School of Athens” which Raphael created between 1509 and 1511 to decorate the rooms now known as the Stanze di Raffaello in the Apostolic Palace in Vatican. The general effect of the fresco is of majestic calm, clarity and equilibrium, and has long been seen as the perfect embodiment of the classical spirit of the Renaissance.

The exhibition also showcases works by some Baroque and Neoclassical artists who were influenced by Raphael during the 17th-19th centuries. They admired Raphael’s ability to visually capture the human grandeur by presenting clarity of form, balance, decorum and grace.