Spaniard encourages employees to speak out about mistakes 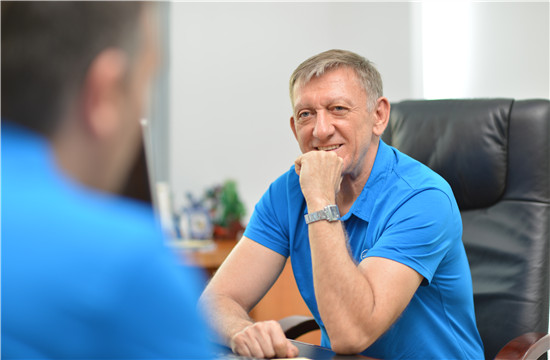 Ioan Gornic Schrob, general manager of Zobele Instrument (Shenzhen) Co. Ltd. and a member of the European Chamber of Commerce in China, has been living in Shenzhen for nearly six years.

Before he came to Shenzhen, Gornic, from Spain, was the COO of the Zobele Group and had lived in many countries.

“One of the most difficult barriers I found when I arrived here was that Chinese people were afraid to speak. When they make a mistake, they try to cover it,” said Gornic, talking about the cultural differences he has experienced.

Gornic explained that his employees were afraid of making mistakes and speaking out because of the improper way previous managers handled the situation. “When somebody makes a mistake, if you shout at him ‘You are stupid, you don’t think about work…’ Then of course they are afraid and don’t speak it out.”

To improve the situation, his company has built a “quality alert system” on which employees can speak out when they make a mistake or see a potential mistake that might happen. “Now things have improved a lot. We actually reward them for this. There’s an incentive system for issuing alerts such as quality alert or accident alert,” said Gornic.

Gornic gave a thumb-up to Shenzhen.

“Shenzhen is a lovely city. You have a lot of avenues and a lot of green around you. It’s a great place to live, better than Europe in many ways,” said Gornic.

He also showed his amazement at the Metro development here. “In Rome, Italy, there are only one and a half metro lines. They started to make one more 15 years ago and didn’t finish. Here you made 6 or 7 lines in 3 years. To me, Shenzhen is one of the greatest cities in the world.”

Gornic is a loyal fan of the Shenzhen Daily. Over the past six years, he reads the newspaper every day.