Mountains that you must conquer in SZ

Most people are busy with their work during weekdays and barely have time for exercise.

But when the weekend comes, hiking enthusiasts just can’t wait to rush out of the door and head for a good mountain trail.

Shenzhen, though a modern metropolis, is home to some mountains worth trekking.

In this article, EyeShenzhen lists out eight mountains that cannot be missed just a stone’s throw from where we live and work. 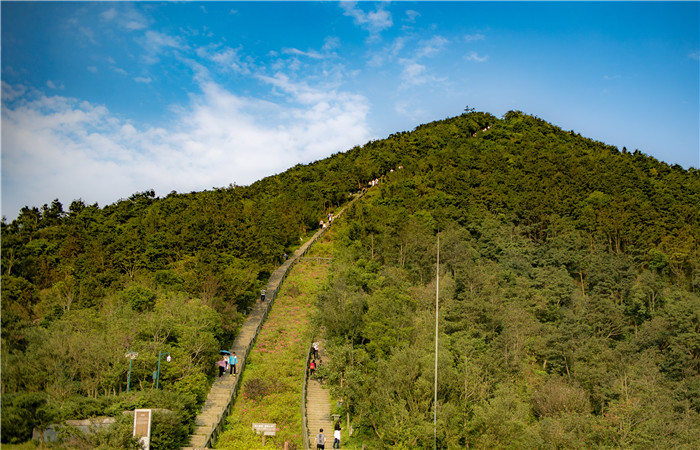 At just over 900 meters tall, Wutong Mountain is the tallest mountain in Shenzhen, making it a mecca for hikers and climbers. Located in east Shenzhen, it spans three districts including Luohu, Yantian and Longgang.

The mountain has been a recognized beauty spot since at least the Ming Dynasty (1368-1644) when it was included in the Eight Great Views of Xin’an County and was celebrated in poetry.

There are several routes to the top, each of which vary significantly in terms of difficulty. Its broad road makes for a gentle climb, but takes a good five hours if you intend to go to the top and back. There are two peaks, Lesser Wutong (where the Shenzhen TV company has its handsome transmission tower), and Greater Wutong, which can be reached via the notoriously difficult Hao Han Slope.

On a clear day, the views from the summit over Dapeng Bay and the mountains of Hong Kong’s New Territories are indescribably beautiful. Nighttime views over the city set against the sweep of Shenzhen Bay are also quite charming. The mountain has well-preserved flora characteristic of a subtropical monsoon rainforest. The climbing massifs are in picturesque disorder with various strikingly outstanding peaks, exotic stones and grottoes. Dense forest and abundant wild animal life add radiance and beauty to each other.

With high peaks, deep valleys and curvy brooks, Qiniang Mountain is home to several waterfalls. Thanks to its nice view and steep mountain route, more and more hikers are lured here. 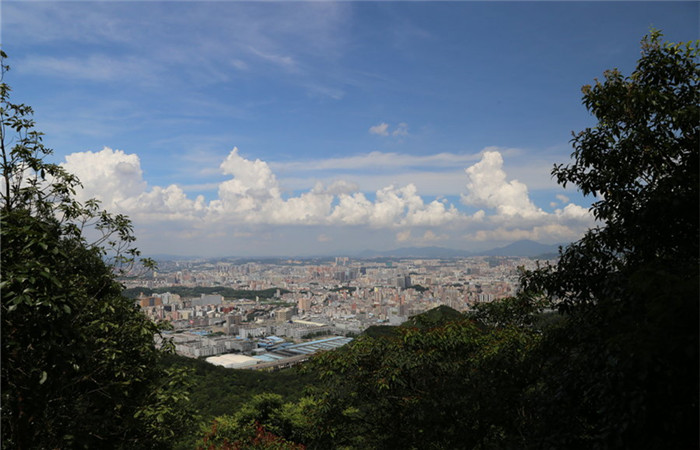 Located at the intersection of Bao’an, Nanshan and Longhua districts, Yangtai Mountain stands at an altitude of 587 meters. It’s the tallest peak in northwest Shenzhen. In 2008 the mountain was rated one of the eight scenic spots of Shenzhen by the Shenzhen government.

There are many charming cultural and natural landscapes on the mountain. Among them, the Yangtai Mountain Waterfall is a must-see. With over ten reservoirs spreading out around the base of the mountain, it’s also an important source of much of the city’s drinking water.

When the rainy season comes, the lush green valley becomes particularly beautiful with the floating mist veiling the mountain, which adds a mysterious touch to it. Phoenix Mountain, at an altitude of 376 meters, is regarded a top mountain in Bao’an District. This mountain has a crescent shape to it, resembling a half moon inlaid on the shore of the sea to the west.

The mountain belongs to Shenzhen Phoenix Mountain Forest Park, which is one of the eight major forest parks to be built in the city. The goal is to build it into an attractive suburban forest park. 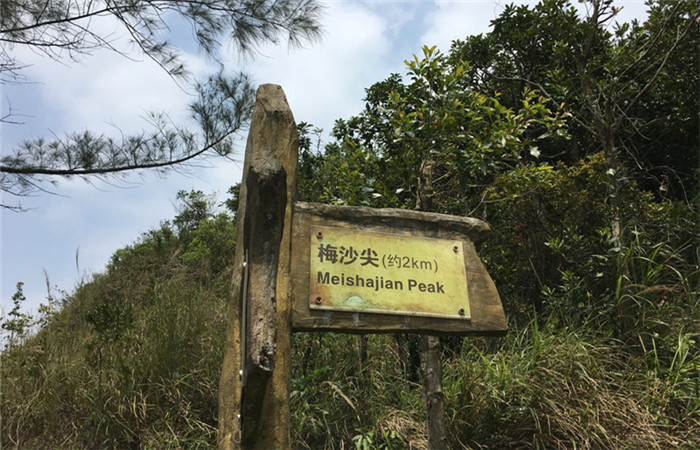 The main peak of Paiya Mountain is 707 meters tall, the sixth tallest peak in Shenzhen. The rolling mountain range looks like different rows of uneven teeth, hence the name of the mountain.

Citizens often come here for hiking and appreciating the natural landscape. It takes a total of six hours to trek the whole mountain. Nicknamed “Shenzhen’s Little Huashan Mountain,” the ruggedness of Paiya Mountain is second to none in the city. It is also the mountain with the most beautiful scenery in Shenzhen. Located in the northeast of Nanshan District, the main peak Tanglang Peak has an altitude of 431 meters. With an area of about 15,000 mu, it has one of the most varied species of flora, so rare that they are under government protection.

Tanglang Mountain has two routes for visitors to reach the summit: the winding road and the mountain trail. Which one to take depends on your fancy. Both routes offer stunning scenery to make your trek leisurely.

When you reach the top, you will be able to see the scenery of Luohu, Futian and Nanshan. 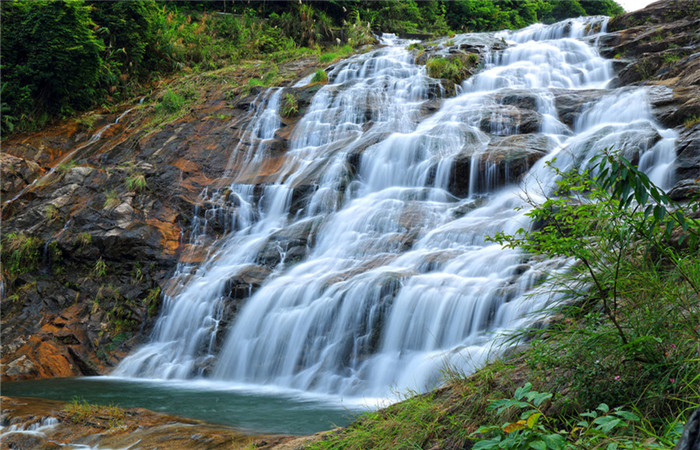 Maluan Mountain is not the most famous mountain in Shenzhen, even among the city’s long-term residents.

However, it is extremely popular among avid hikers because it’s easy, safe, beautiful and varied with clear streams, lush woods, Chinese plum blossoms and one of the area’s largest waterfalls.

The widely known Thousand-Mu Plum Garden here is said to be the largest plum garden in Guangdong Province. When the plum is flowering in the cold winter, the garden turns into a soft pink meadow of white-rimmed petals with rosy red centers dotting around like stars.