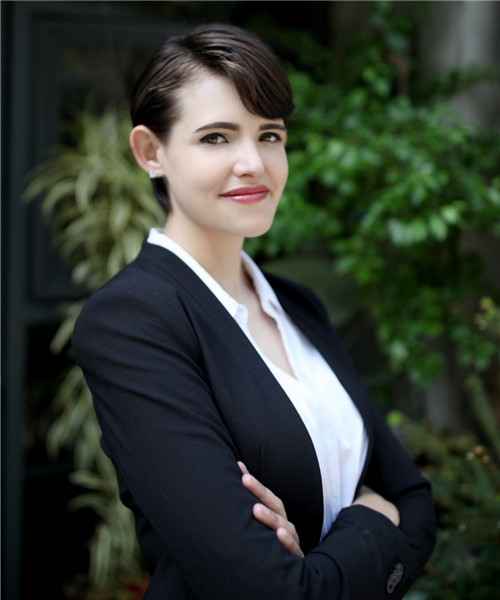 Catherine Lecomte is one of the youngest professional photographers in Shenzhen and specializes in portrait and family photos.

Born in New York and raised in New Hampshire, Lecomte found her passion through the biggest loss of her life. At 14, Lecomte lost her father to a heart attack. She tried to stay connected to him through his collection of cameras and video recorders.

She would go around taking photos of anything and everything. The subject didn’t matter, the output and the ability to capture a certain color, shade of light or expression was what Lecomte cared about.

In 2010, Lecomte earned a scholarship to Savannah College of Art and Design, where she studied photography for four years.

In 2014, a friend from her university invited her to teach art and start a photography program at a training center in Hunan Province.

Lecomte had always wanted to travel and explore the world. She arrived in China in 2015. Unfortunately, due to the low number of students, the photography program never took off. Lecomte quit her job upon completion of her one-year contract.

In the fall of 2016, Lecomte decided to come to Shenzhen after a good friend, who recently moved to Shenzhen, told her how good the city was for expats.

Lecomte started by teaching art to kindergarteners as a way to transition back into the world.

In 2017, she started her own photography business. She began by offering free two-hour photography classes for beginners and small group photo walks for a small fee. The response was overwhelming. She could get as many as 25 to 30 students for one class. Within three months, she was hired for her first paid photoshoot.

Lecomte has since done dozens of photo shoots and is known as the go-to photographer for portraits and family shoots.

Lecomte finds Shenzhen a very balanced city with equal parts of technology, nature, locals, expats, noise and quietness. She is planning on opening her own studio in Shenzhen and sees herself living here happily for the foreseeable future.