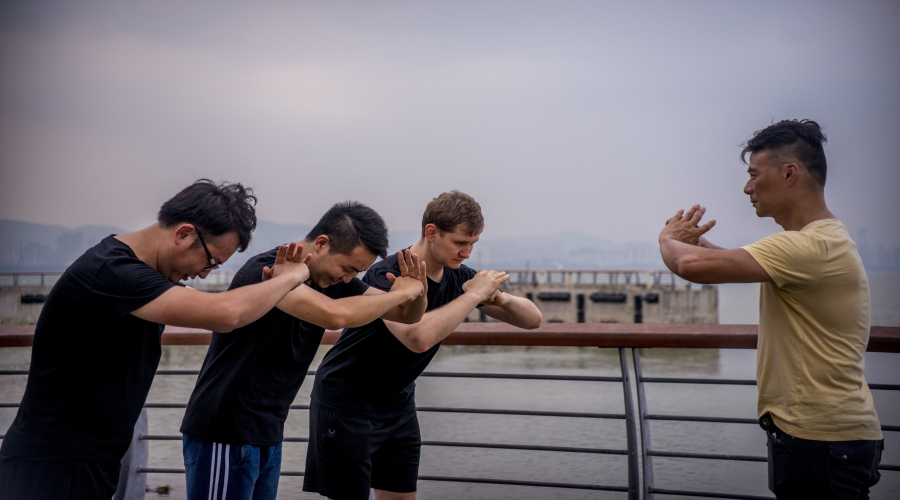 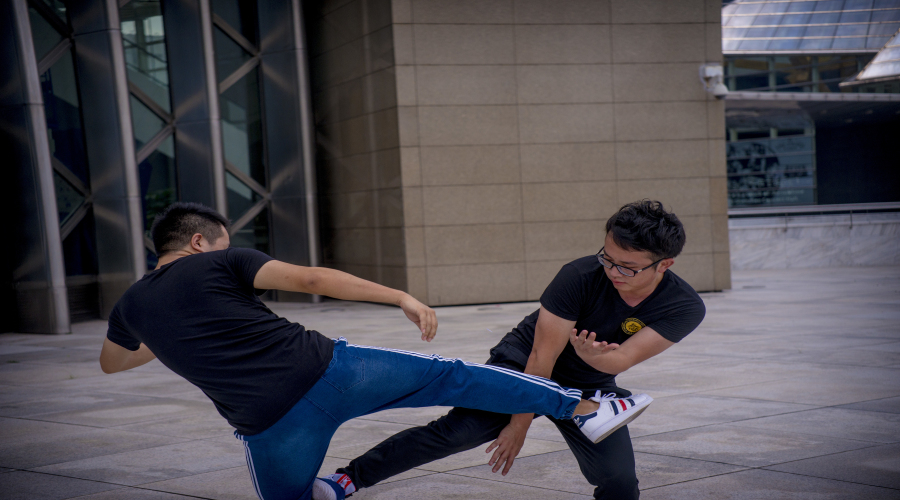 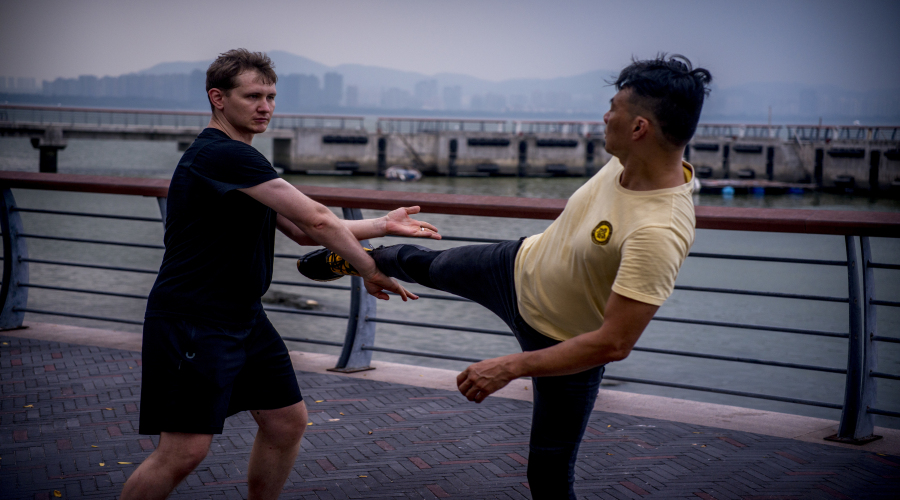 IN China, there’s nothing special about seeing a Chinese instructor teaching students Chinese kung fu. However, a Hong Konger using fluent English to teach foreign students Ving Tsun is rarely found in Shenzhen and Gary Lam is that special case.

Lam commutes between Shenzhen and Hong Kong four or five times a week. In the daytime, he teaches Ving Tsun, a school of traditional Chinese martial arts, in Shenzhen. In the evening, he goes back to his home in Hong Kong.

Lam studied abroad and speaks fluent English, which helps him to communicate with foreigners who show interest in Chinese martial arts. He’s now an instructor at the One Mind Ving Tsun Martial Arts Academy in Luohu.

In Lam’s eyes, hidden behind Chinese martial arts there is wisdom. “There’s no doubt that Ving Tsun is good for your health, but I hope besides body building and self-defense, I can help others to learn more about Chinese culture.

“Being humble is a part of Confucianism. If such an attitude and manner can be cultivated during the process of learning martial arts, I think this will benefit people not only in work but also in life,” he said.

When Lam came to Shenzhen, he found that there were many people interested in martial arts, especially in Ving Tsun. However, few training academies could be found here. Therefore, he decided to start his own Ving Tsun academy in Shenzhen.

Ving Tsun belongs to the southern China school of martial arts. It advocates the flexible movement of the four limbs under the guidance of right concept and mindset. With its focus on defense, Ving Tsun has developed an active and concise system of defense and that uses only the proper amount of force in necessary circumstances.

Lam was inspired by Bruce Lee and Ip Man when he was young. He said, “When I was about 11 years old, Bruce Lee came back to Hong Kong and became an actor. At that time, I thought his kung fu was really inspiring.”

Ip came to Hong Kong and developed Ving Tsun there in the 1950s. By the time he passed away in 1973, learning Ving Tsun had become popular not only in Hong Kong but across the world.

Lam studied Ving Tsun in the United States for three years. During this time, he met two masters. Tommy Yuen, who was a very strict teacher but an amiable person after class, and Chris Chan, an apprentice of Ip. Lam admired Chan and was inspired by him.

“Mr. Chan taught Ving Tsun in the United States for over four decades. He always mentioned Ip Man and Bruce Lee and once said he wanted to act as the young Bruce Lee in a movie. I hope I can promote Ving Tsun culture just like Mr. Chan did,” said Lam.

Lam’s family members support his career and gave him a plaque on the opening day of his academy. Lam now has around 30 students at his Shenzhen academy.

Andi Leman from Russia is one of Lam’s students. He has studied Ving Tsun for three months now. “It was very hard to find an English-speaking teacher on the Chinese mainland. Gary is a funny teacher. He teaches it in his own special way. If I go back to Russia, I’m sure I will continue practicing Ving Tsun. I hope that maybe one day I can get a master license and when I retire, maybe I can also become a Ving Tsun instructor,” he said.

In comparison to other traditional Chinese martial arts, Ving Tsun aims to conquer the opponent in the minimum amount of time possible and with minimum damage done to its practitioner and the attacked.