Shenzhen-based Huawei reported a 23.2-percent year-on-year increase in revenue for the first six months of 2019. 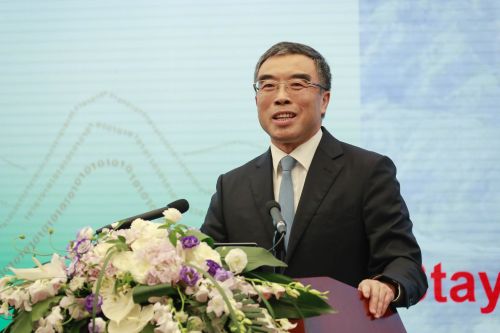 The company said at a press conference in Shenzhen yesterday that its total revenue came in at 401.3 billion yuan (US$58 billion) and its net profit margin for the period was 8.7 percent.

The tech giant also said it shipped 118 million smartphone units during the period, resulting in a 24-percent jump compared to the same period a year ago.

The company’s smartphones are now leading the market in terms of photography, AI, connectivity and battery life.

“Operations are smooth and the organization is as sound as ever. With effective management and excellent performance across all financial indicators, Huawei’s business remained robust in the first half of 2019,” said Liang Hua, Huawei’s chairman.

The company also saw rapid growth in its shipments of tablets, PCs and wearables. Huawei is beginning to scale up its device ecosystem to deliver a more seamless intelligent experience across all major user scenarios. To date, the Huawei Mobile Services ecosystem has more than 800,000 registered developers and 500 million users worldwide.

Huawei has secured 50 commercial 5G contracts and has shipped more than 150,000 base stations to markets around the world, Liang said.

In May, the U.S. added Huawei to the Bureau of Industry and Security (BIS) Entity List, which effectively halted its ability to do business with American companies.

“Revenue grew quickly up through May,” said Liang. “Given the foundation we laid in the first half of the year, we have continued to see growth even since we were added to the entity list. That’s not to say we don’t have difficulties ahead. We do, and they may affect the pace of our growth in the short term.

“But we will stay the course. We are fully confident in what the future holds, and we will continue to invest as planned — including a total of 120 billion yuan in R&D this year. We’ll get through these challenges, and we’re confident that Huawei will enter a new stage of growth after the worst of this is behind us,” Liang added.