“That is why I choose to sing in my local dialect,” he said during the launch ceremony of Dialect Music Village on Tuesday afternoon.

“I feel comfortable singing in my dialect, which also makes it easier to express my feelings, because the way we talk (in my hometown) was intertwined with the course of my growing up,” he said. “Many of us stop talking in our local dialects after graduation from university and starting anew in a big city. Creating songs in my local dialect reminds me who I am and where I’ve come from.” 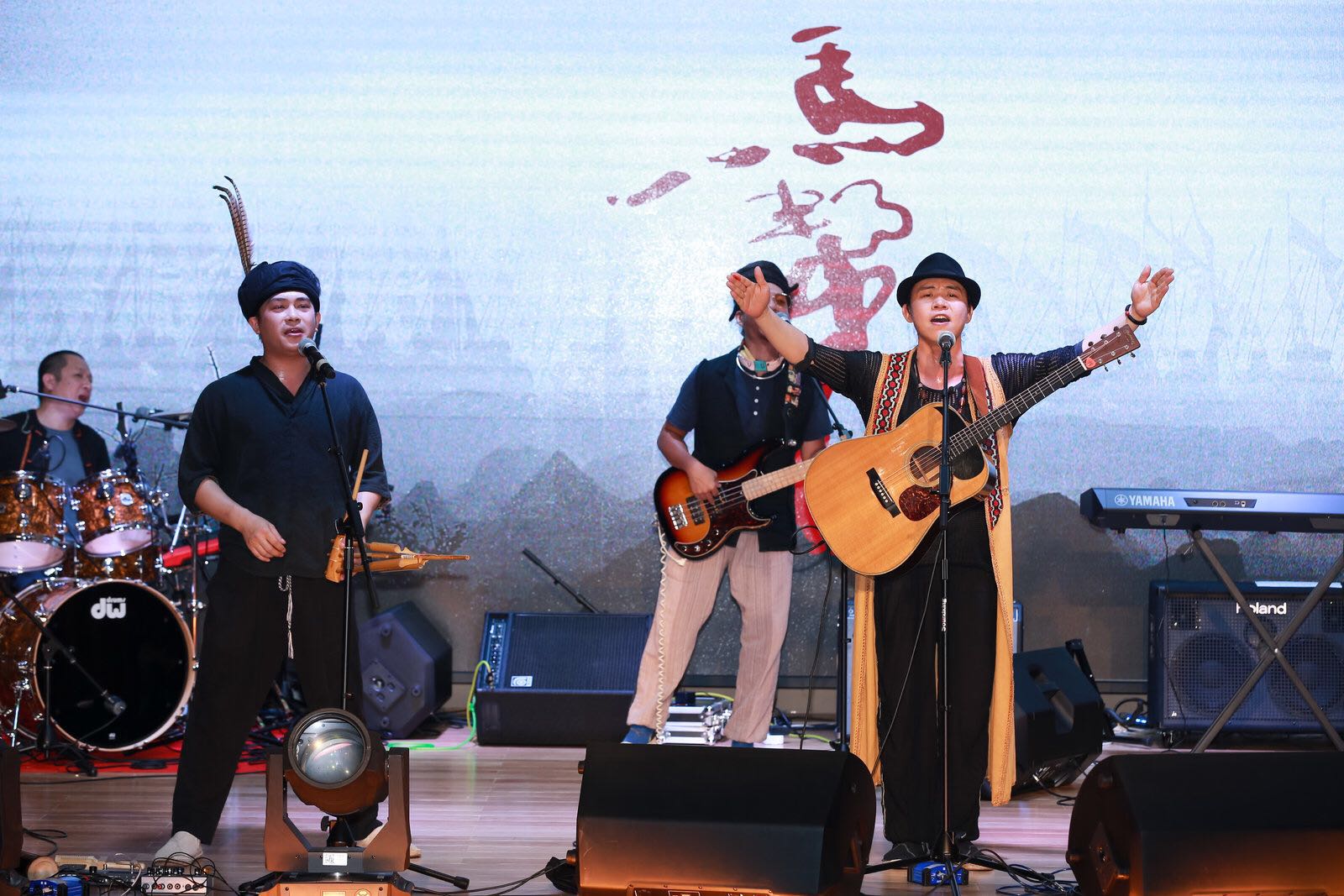 A group of folk musicians and songwriters, including Ye and his band, gathered at Nali Creative Culture Park in Longgang District to celebrate the birth of Dialect Music Village, a brainchild of Zhang Jianfeng, president of Longgang Hakka Pop Music Association.

For Hakka people, the Hakka dialect is the carrier of their cultural traditions that bond them together, Zhang said. Music, especially pop songs, is an effective means to help the dialect last and even thrive.

A less-mainstream offshoot of pop music, dialect music has attracted a number of devoted musicians and fans. 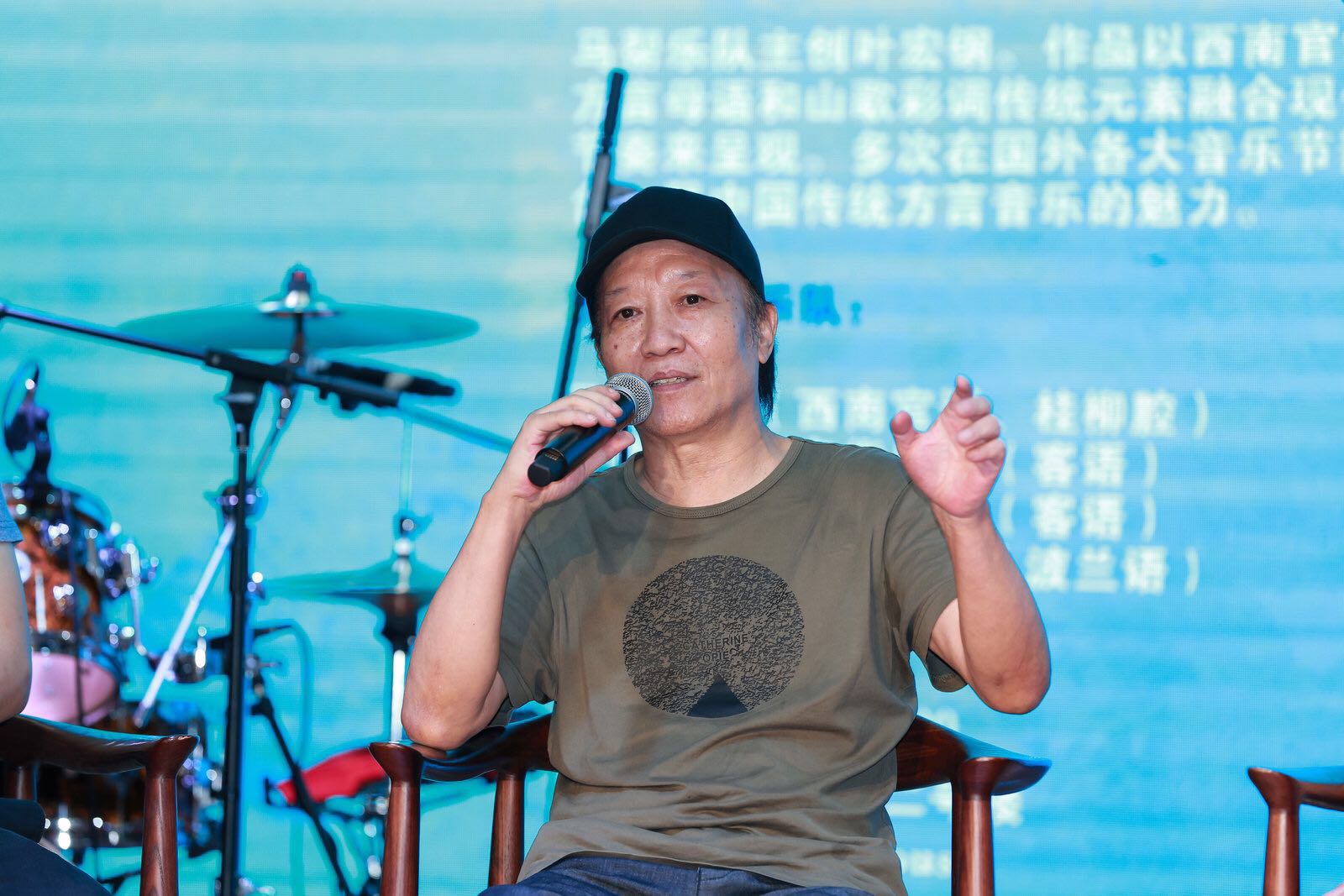 Veteran songwriter Xie Chengqiang started his career as a student of classical Western music. After the huge commercial success of “Xin Tian You,” a pop song with strong Northwest China flavor he wrote in 1986 which went viral after being performed at the 1988 CCTV Spring Festival Gala, Xie started thinking more deeply about folk music.

“We have 56 ethnic groups in China, according to books,” he said. “But in fact, there are around 2,000 different ethnic subgroups. The Miao ethnic minority alone has 180 subgroups which each have their own music style and customs.”

“Once I visited a subgroup of the Hani people in Honghe, Yunnan Province and discovered that their music resembles Japanese music a lot,” he said. “China is so big and the various ethnic cultures are so fascinating that it would be a shame if we let the rich cultural traditions die out in two or three generations, since it has taken hundreds of years to form the traditions, often passed from one generation to the next by mouth.”

Asked about the limit of dialect songs being intelligible to a larger audience, Xie said, “Although dialects are hard to understand, music has no boundaries. People can still appreciate the beauty of them, especially because of the fact that their music is often vibrant and filled with authentic feelings.” 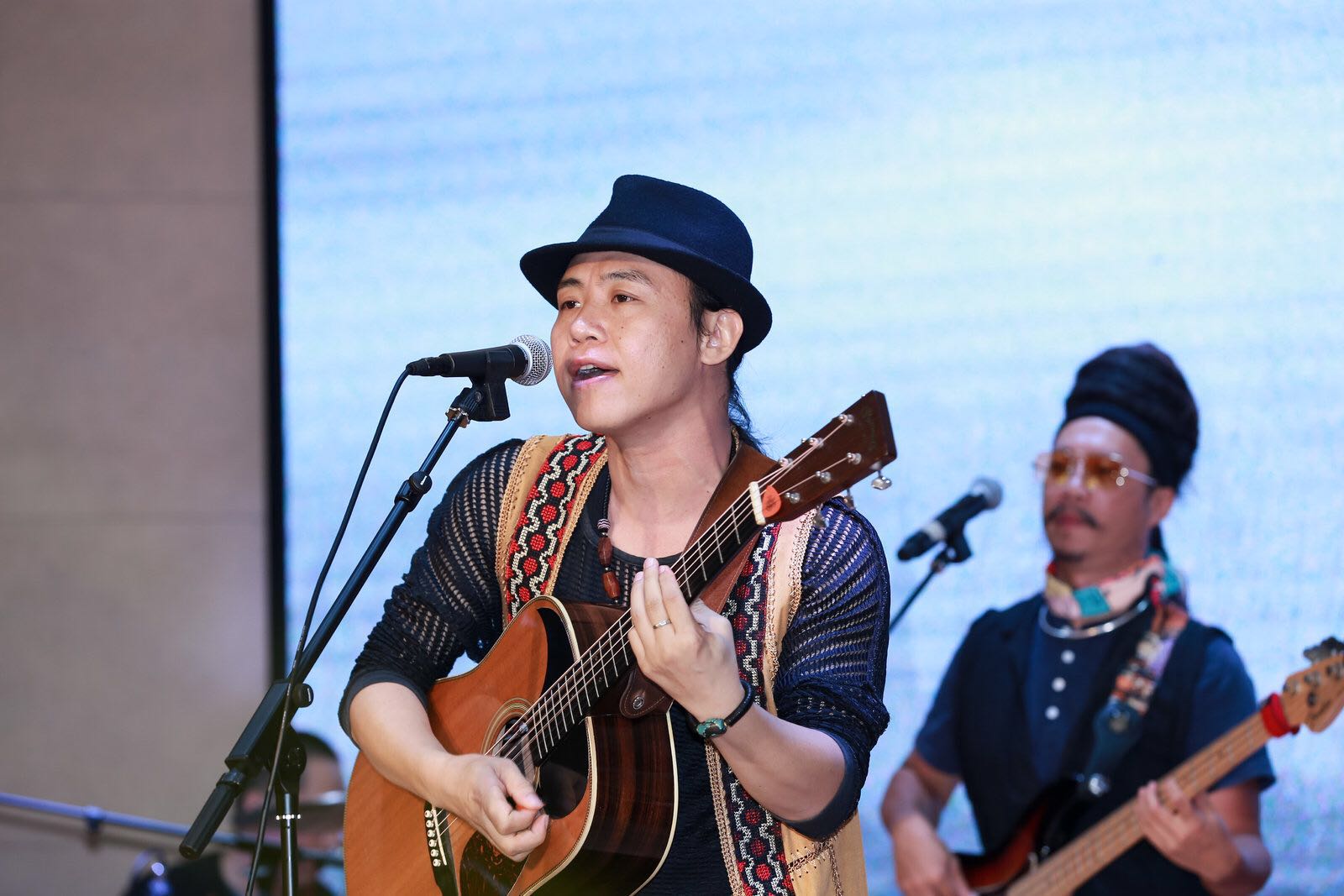 To demonstrate the charms of dialect music, Ye and his Horse Gang band performed three songs at the event, all from their 2015 self-titled album.

“Breakout,” with lyrics like “Mama, where should I go?,” discusses their frustration in a modern society which is fast progressing and leaves them feeling uprooted from their hometown and cultural traditions. “Horse Gang Dance” is a melodic variation of Guangxi folk songs, and “Four Five Beat,” with a long overture performed by the suona and flute, is strongly rhythmic and oozing with vigor.

The musicians, not only drawing inspiration from their traditions of mountain songs and cai diao (colorful tunes, a local opera form), have also taken after the styles of Reggae and Ska music from Jamaica, as well as elements of rap and rock. 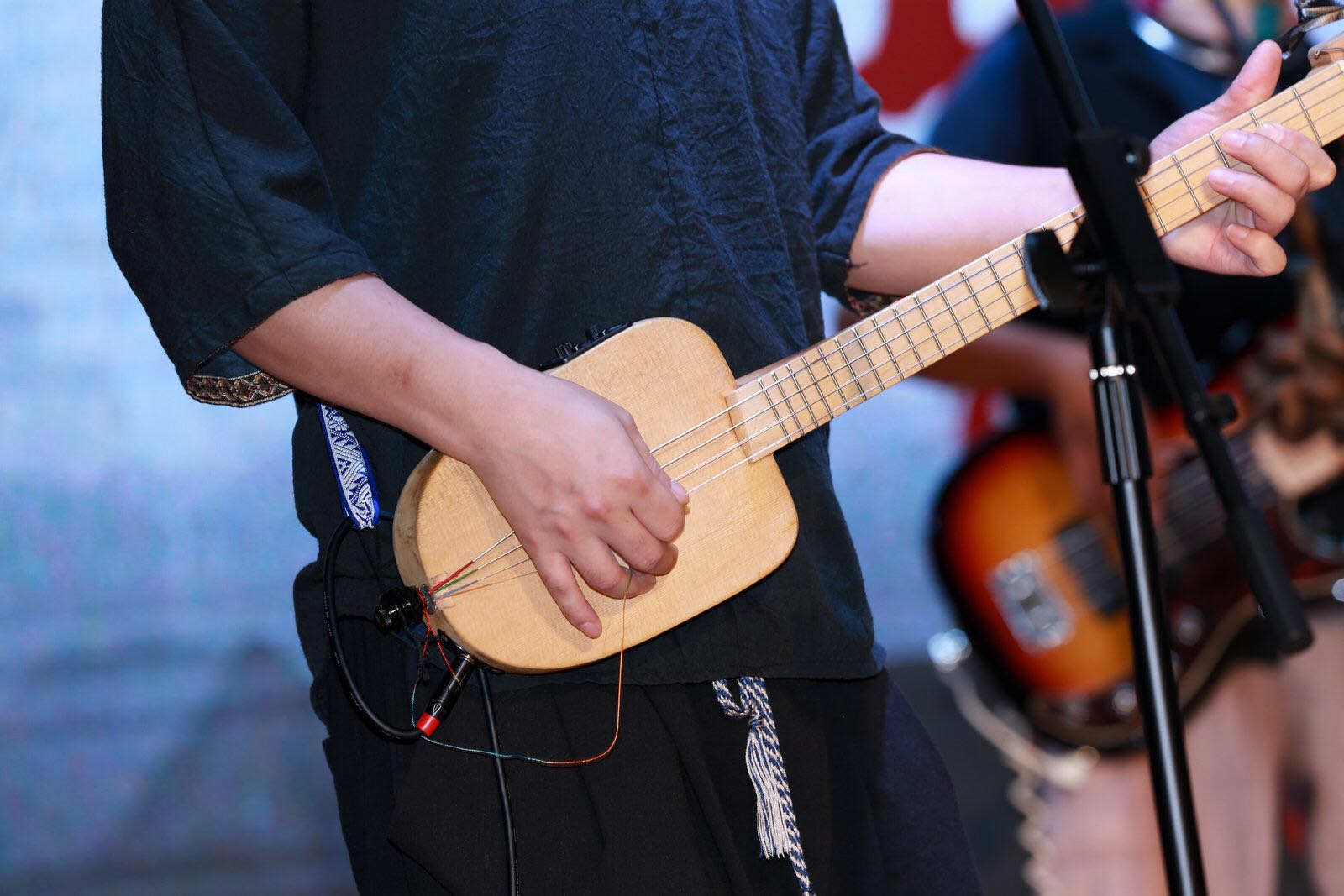 For their gig, the band also performed on folk instruments such as the hulusi (cucurbit flute), lusheng (an instrument with multiple bamboo pipes) and a Dong-ethnic pipa (a pluck-string instrument), apart from the regular electric guitar, bass and percussion.

When the band sang their “Horse Gang Dance,” the audience became so engaged that they sang along.

Also performing at the event were Luo Weili with his Wumingzhi band and Lai Weijun with his Firefly band. Both performed Hakka-dialect songs, the former in a Cantopop style and the latter in a blues style.

“Hopefully, Dialect Music Village will provide a platform for musicians to share, exchange and present their talent, and a home where migrants in this metropolis can hear their local dialect songs and soothe their homesickness,” said Xiong Hong, a consultant with the Shenzhen Musicians Association.