Travel along the Maritime Silk Road in old scenes 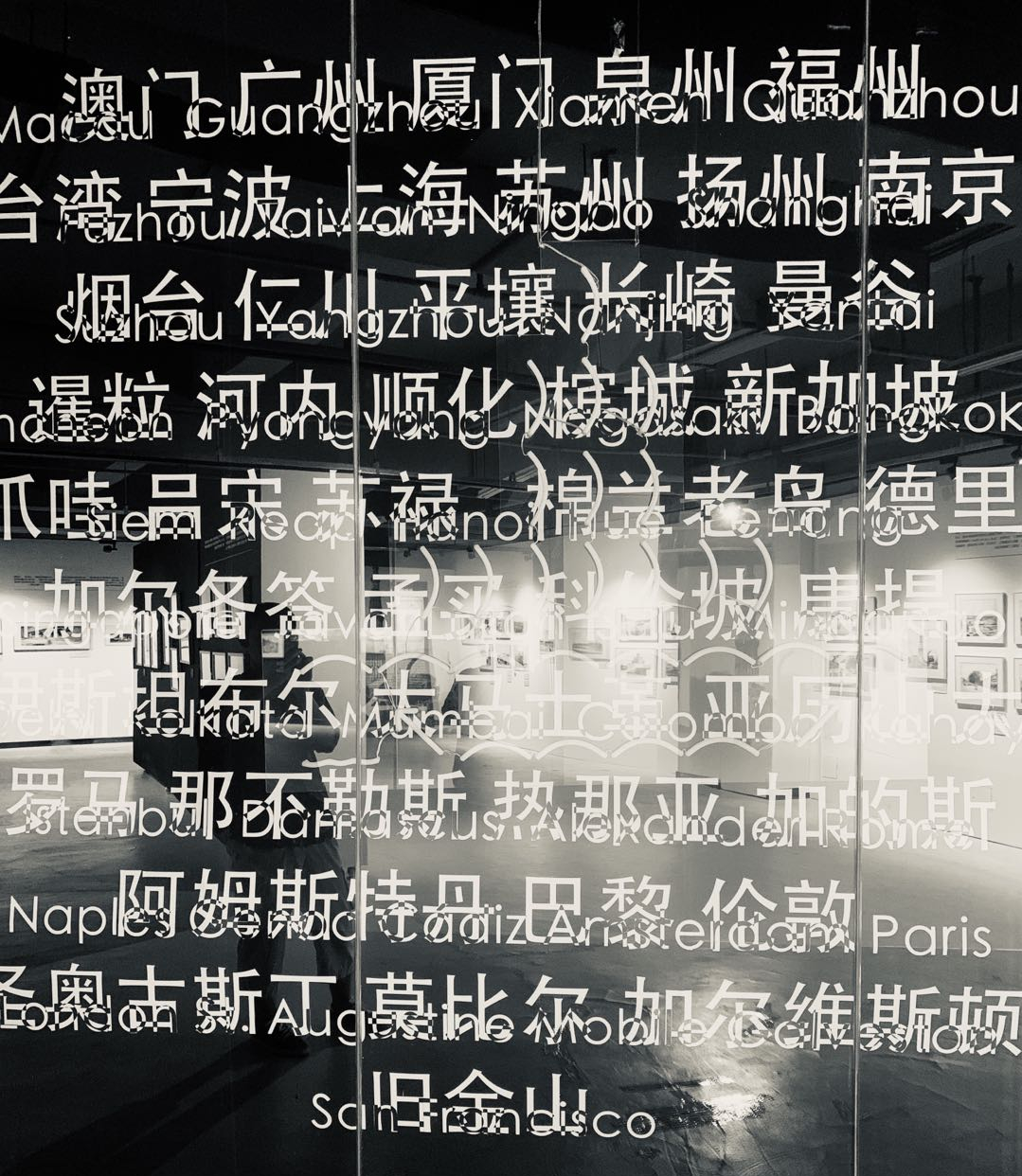 A part of the poster with the names of cities mentioned in the exhibition. Photos by Lin Songtao.

These faded photos show various historical images of the people, life, architecture and natural scenery in countries from Asia, Europe, the Americas and Africa, including China, North Korea, Syria, Egypt, the United Kingdom, France, the United States, Brazil and more. 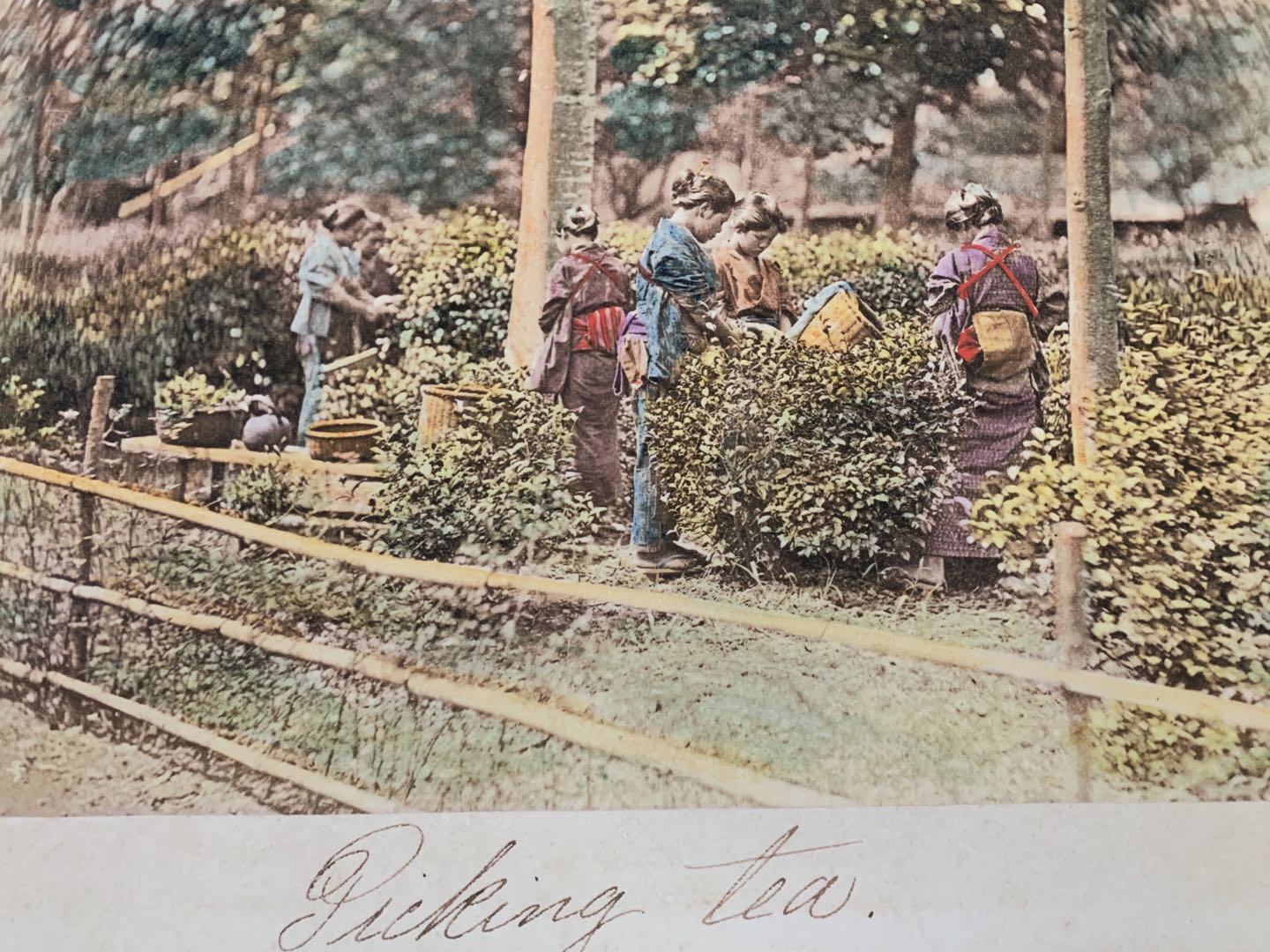 Divided according to sailing routes and territories, the exhibition has four chapters. The “China Maritime Silk Road and Cultural Exchanges in East Asia” chapter exhibits photos of significant cities in East Asia. Beginning with Macao and Guangzhou, eventually eyes rest on the Korean Peninsula and Japan. One remarkable set of pictures illustrates the process of making tea in Japan. 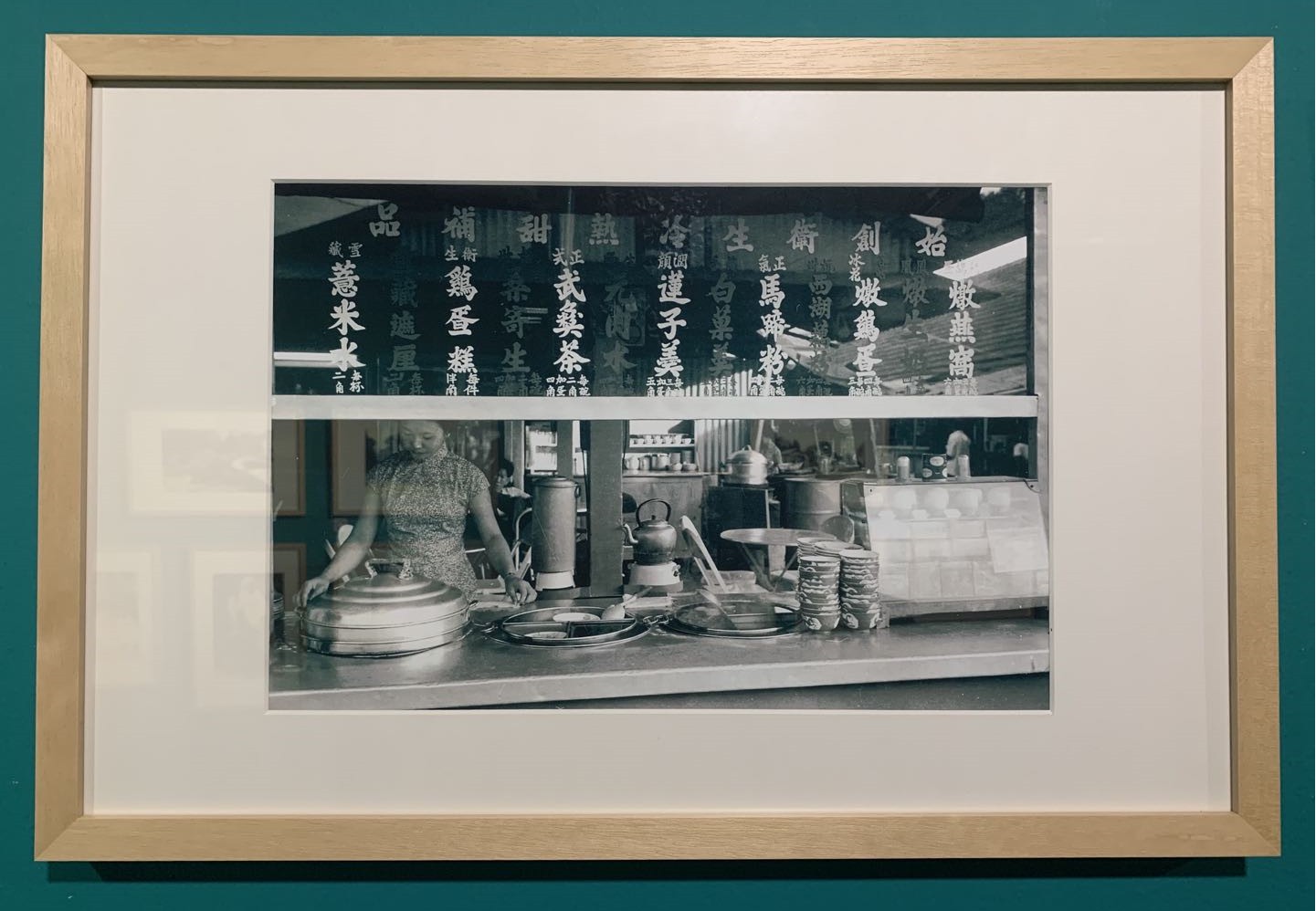 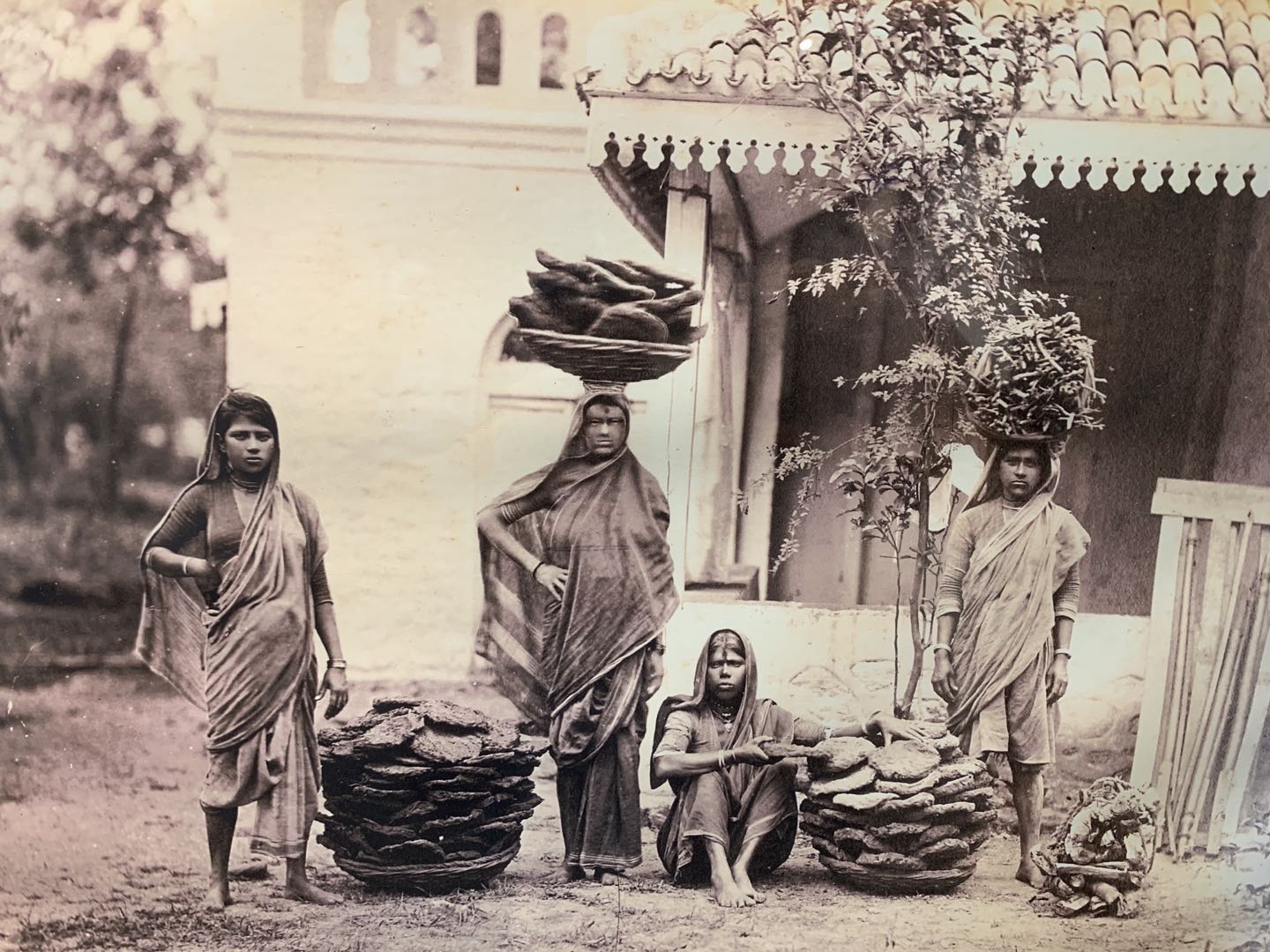 Indians holding blankets with cow dung for fertilization in 1870s.

Illustrating the prosperity of the Mesopotamian civilization and the Arabic world is the core of chapter three, “India Meets West Asia and North Africa,” which contains memories from India, Sri Lanka, Turkey, Syria and Egypt. Photos from India especially present a mixture of Indian, Islamic, Christian and colonial cultures.

Tower Bridge of London and windmills and dairy cattles of Holland in 1880s.

The last chapter, “The Opening of New Sea-route and Communication Between East and West,” focuses on Western Europe and Americas, exploring the trade flow between West European, North and South American countries, and China and discussing the influence of their interactions.

Xie, a visitor and history enthusiast, says that the collection provides a unique chance to build a dialogue with people, nature and the world of that time. “They are not only photos. I experienced the rich cultures behind them and each region has its own distinctive culture. The world is linked together; that is why the world is called ‘the world.’” Moreover, he thinks that the outline of the Maritime Silk Road in his mind has become more clear, concrete and visible after viewing the exhibition. 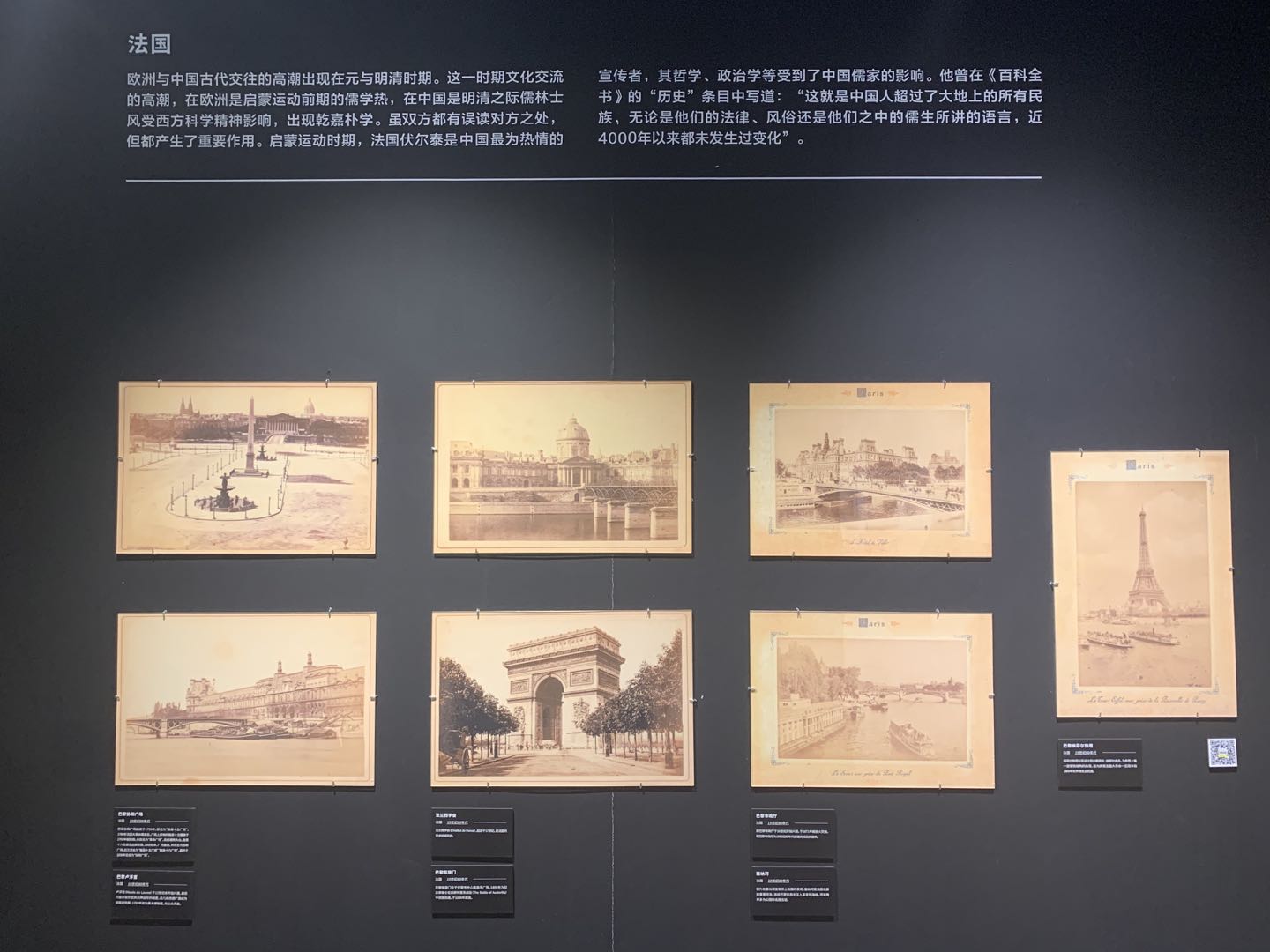 A part of the exhibition showing old images of France.

The Maritime Silk Road has been China’s maritime channel to the rest of the world since ancient times till now. It connects different civilizations in the world, promotes the exchange of materials and spiritual development between China and foreign countries, enriches the connotations of Chinese culture, and also has an important impact on the history of human civilization.

The Maritime Silk Road concept was first coined by French sinologist Emmanuel-èdouard Chavannes in 1913. Since then, many scholars have conducted related research, but trade activity became less active after 1840 in China. Since portraying the development of the Maritime Silk Road using images is too simplistic, the museum staff has researched numerous documents to refresh the key points of that time in history, finding illustrations to go with photos. 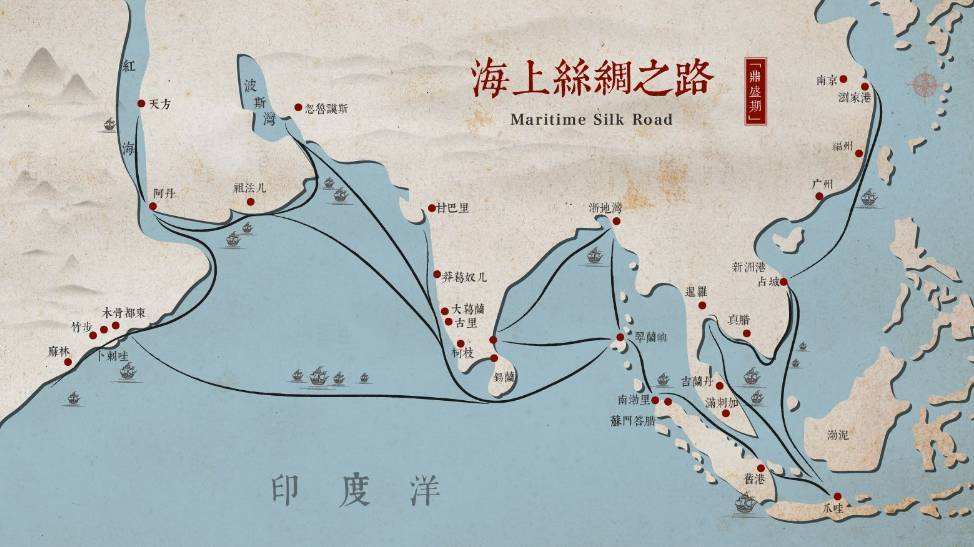 The Yuezhong Museum of Historical Images is a private non-profit academic institution specialized in collecting, conserving and exhibiting historical Chinese historical images. The museum is also searching worldwide for the scattered and lost visual images of historical Chinese narratives.

Photos can be monotonous, but the world is colorful. Though all the research on the Maritime Silk Road cannot be covered in a single exhibition, the tip of an iceberg has been reclaimed through the images and aroused viewers’ interest in this rich topic. Explore the past through these precious pictures, and a broader horizon of the world can you gain.