Southwest China’s Guizhou Province earned a place in Lonely Planet’s list of top 10 regions to visit in 2020 released Oct. 22. It is the only Chinese region on the list. It was also included as one of the “52 Places to Go in 2016” by the New York Times for its “authentic Chinese hill tribes without mass tourism — yet,” among many other recognitions.

Guizhou is one of China’s most diverse provinces. With a mosaic of 18 minorities residing in its rolling knolls and rice paddies, the composition of Guizhou’s population is such that over one-third of the population belongs to these minority groups, which include the Miao, Dong, Buyi, Tujia and Yi peoples. 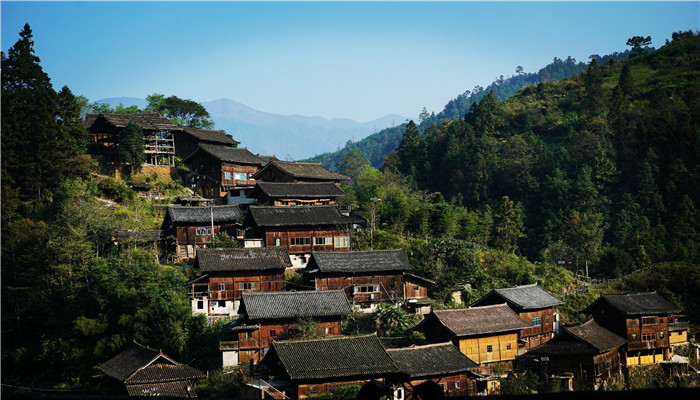 Guizhou is sure to have a surprise in store for everyone who passes through. It’s home to photogenic villages including the biggest Miao village and the biggest and oldest Dong village in the world, steep limestone peaks, majestic gorges and cascading waterfalls, and the world’s largest Karst forest, just to name a few.

Many know about the well-known Huangguoshu Waterfall, a miniature milky way, which is the largest waterfall in Asia, but few people know that there are many other spectacular waterfalls in Guizhou as well. 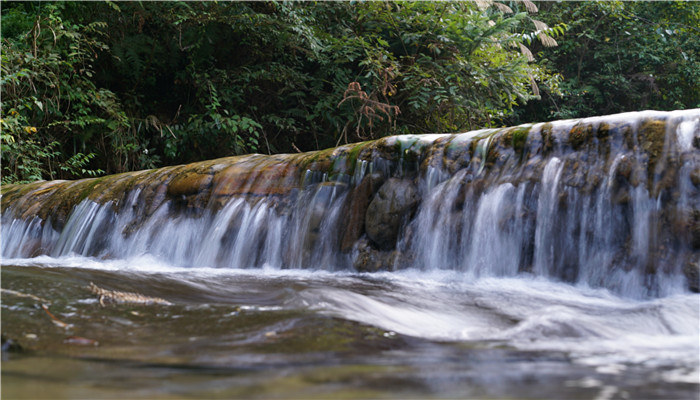 Libo is the first natural World Heritage Site in Guizhou. It features a variety of Karst landscapes, the unique waterscape of the Zhangjiang River, dense, luxurious forests, and rare species of flora and fauna. Because of the well-preserved ecological environment, the area is honored by both Chinese and overseas experts as “an unparalleled, well-preserved green gem unmatched by any other Karst site in the world.”

Located in Tongren city, the Fanjing Mountain has a rare subtropical ecosystem and is teeming with wildlife. It became China’s 53rd and Guizhou’s fourth World Heritage Site in July 2018. It is a sacred place in Buddhism and a place of great natural beauty with unusual rock formations and rich biodiversity.

The Zhaoxing Dong Village, occupying an area of 180,000 square meters, is one of the largest Dong villages in China. Located in Liping County, southeast of Guizhou Province, the village is surrounded by verdant mountains with a crystal stream running through. All the buildings in the village are wooden-stilt houses. This is a picturesque village noted for the beautiful natural sights and unique ethnic flavor.

The Shitou Village (Stone Village) of the Buyi ethnic group, located on the Biandan Mountain in Zhenning County in the southwest of Guizhou Province, is made up of dwellings built entirely from stone. Under trees and in the bamboo forests surrounding the village you can find stone benches, stone chairs and stone tables; the roads through the village are also paved entirely with stone.

The Basha Miao Village, also named “the last gunner tribe in China,” might be the only village authorized by the government to keep guns. Through hundreds of years, Basha men have been guarding their homeland. A strong sense of precaution inherited from their ancestors keeps them isolated from the outside world and has helped them maintain a primitive slash-and-burn lifestyle. Even young children wear sickles on their waists. They still preserve the tradition of having all their hair shaved off with a sickle except for at the top of the head, which is coiled into a bun, and worshiping ancient trees. 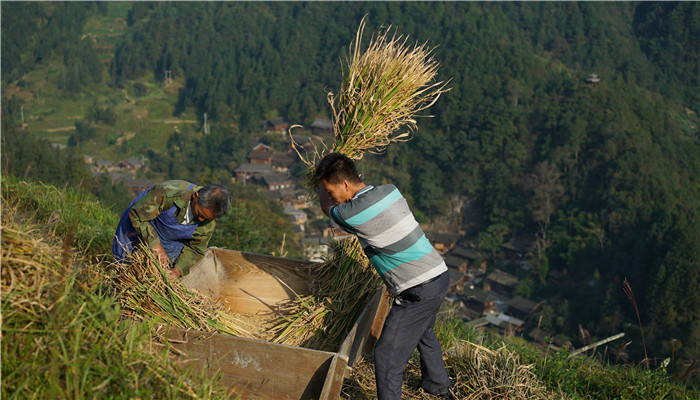 Other unique villages include the Geduo Miao Village, where many traditional customs of the Miao ethnic group are preserved, the Zhang’ao Miao Village, which is the origin of the bronze-drum dance, the Baibei Miao Village, where every villager dons “bird clothes” to dance during festivals, and the Suoga Village in Liuzhi, where Longhorn Miao girls preserve the ancient custom of wearing a ceremonial hairpiece woven from their ancestors’ hair over wooden horns.