Nearly 100 experts and officials in the field of energy and technology gathered at Shenzhen Energy Center on Thursday to attend the third preparatory meeting for the Shenzhen First Session International Hydrogen and Fuel Cell Leaders Summit, which is expected to be held March 28 next year.

“Hydrogen is a secondary energy, which is produced by other primary energy. For example, if we use renewable energy to generate electricity, then we can use the electricity to produce hydrogen. Hydrogen is an energy that doesn’t contain carbon. Now the whole world is promoting this energy because of climate change,” said Mao Zongqiang, a professor of Tsinghua University.

Mao said that many countries in the world have already released their development roadmap for hydrogen, with Japan, Germany and the U.S. in the lead.

“Our country has also seen its rapid development. Since 2016, our government has issued different policies to encourage and support the development of hydrogen. Nearly 30 provinces and cities in China have released the development roadmap for hydrogen. Like electricity, hydrogen will become a pillar energy in the future,” said Mao.

Mao introduced that hydrogen fuel cells enjoy several advantages. Firstly, they take only a few minutes to recharge. Secondly, they are not affected by temperature. 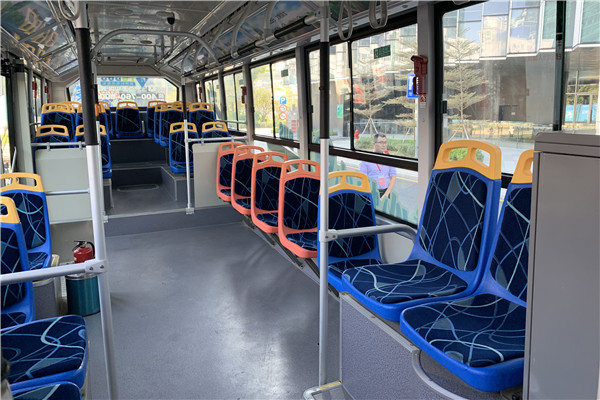 “Fully electric vehicles can run in Shenzhen without any problem, but in the north, like Harbin, it’s hard to charge at minus 30 degrees Celsius. Fuel cells don’t have this problem. Thirdly, hydrogen is very safe, safer than gasoline,” said Mao.

Yu Yiping, chairman of the board of directors at Scientific Valley Group, said that they have put a lot of effort into the preparation of the summit. They have traveled to other countries, including Germany, France and the U.S., to learn from their experiences. “We went to California to learn about the hydrogen production, storage and transportation, and the construction of hydrogen refueling stations.”