In the early morning of  Dec. 12, a foreign face, equipped with a telephoto camera, showed up at the old river mouth in Futian Mangrove Ecological Park, making quite a stir among the birding crowd who cast wondering glances his way. 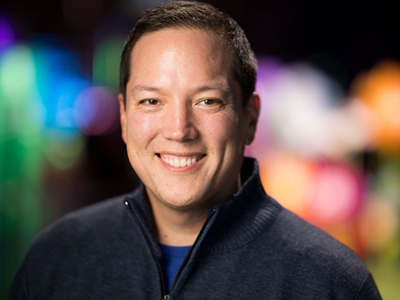 This was not the first time that the expat birder, Chris Thomas, who is the Head of Technology for the Accelerator of Moody’s Analytics in New York, has been greeted with such glances, as most people find it really interesting that someone from the United States has come all the way to Shenzhen to look at birds.

However, over the past eight years it has become the norm for Thomas to go birding in his spare time during business trips to Shenzhen, of which he averages five per year.

Being focused on building the company’s financial services products using emerging technologies, Thomas travels a lot around the globe. “While all of this travel is important for my work, I also take advantage of it to explore different bird habitats around the world, usually early in the morning before I head into the office or after work before sunset,” he said. “That’s when birds are most active and photography opportunities are the best, with the sun casting a golden glow over the landscape.” 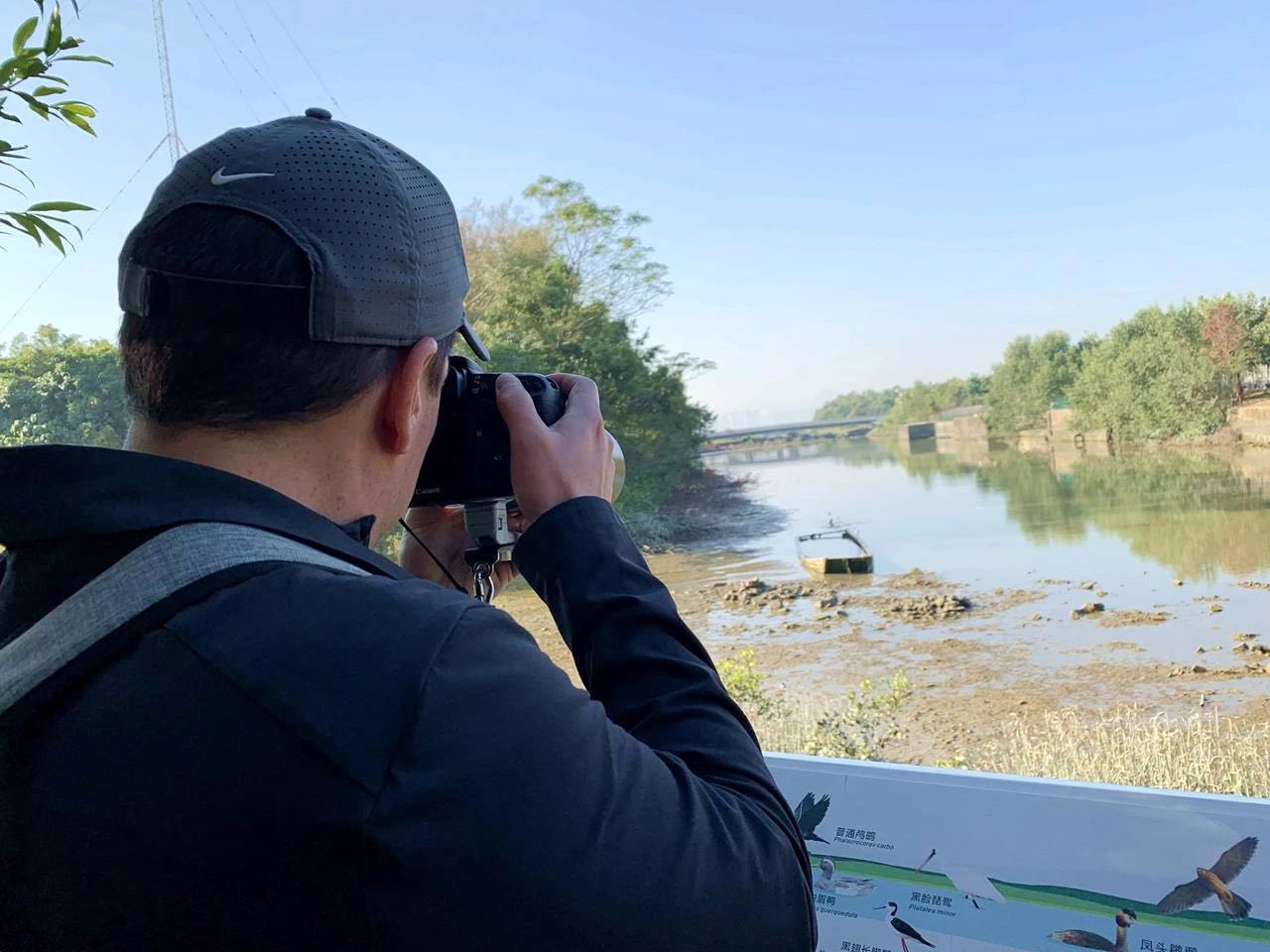 “The Futian Mangrove Ecological Park has many different habitats, from ponds for ducks, mudflats for shorebirds and grasslands for flycatchers and scrub birds, to forests for thrushes and warblers,” Thomas said. “I’ve only visited twice, but it’s easily the best place to find birds in Shenzhen.”

During his two most recent trips to the park, he found 44 species of birds. “That’s an amazing amount in comparison to all the places I’ve been around the world, and the fact that it’s so close to a large city center makes it a special place that should not be overlooked by the community,” he exclaimed. 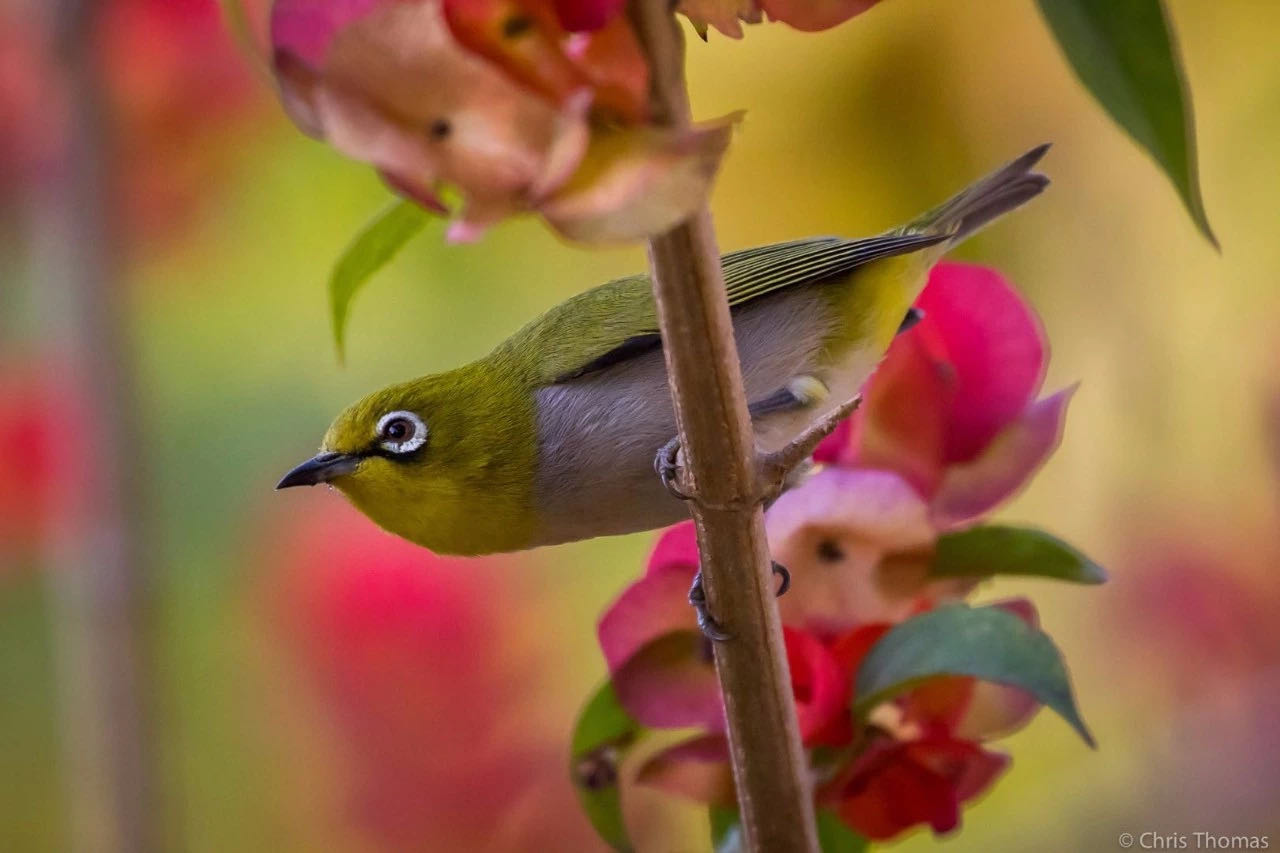 At Lianhua Hill Park, he has seen 42 species and found one particular spot where birders congregate to find white-eye and sunbirds up close.

Thomas has also been up and down Shenzhen Bay, where he has recorded 67 species, tracking the tide charts and going when the tide is low but on the rise. The shorebirds are forced to move closer and closer to the shore as the tide rises, so this is the best chance to see the birds up close.

Speaking of his favorite birds, Thomas cited the black-winged stilt, fork-tailed sunbird, and of course the darling of the Shenzhen birding community — the black-faced spoonbill. According to him, the black-winged stilt has ridiculously long red legs, and the black and white colors on its head and back give it a sort of sharp tuxedo look.

The fork-tailed sunbird, though it is very small, has eight different colors. It seems to love hopping around trees with different flowers and fruits.

The black-faced spoonbill has a heavy beak that seems like a burden for it to carry, as Thomas has observed. It has deep red eyes and a tuft of feather plumes on the back of its head that looks like a fancy haircut. He describes it as a dinosaur-looking bird that doesn’t seem to fear humans.

Thomas finds that there are many photographers with telephoto lenses in Shenzhen. They appreciate the beauty of the birds and spend time studying certain species. “I find birders to be friendly people,” he said. “As long as you show them that you’re also interested in birds, you can form a common bond. I need help finding the birds, and the best way to find them is to ask the experts.”

Having been birding since 2013, Thomas started by watching birds in his backyard. The home he bought has a forest in the backyard, and the previous owner had put up lots of bird feeders. So he bought some bird seed and waited to see what types of birds would come by. He was amazed and shocked by all the types of birds he had in his backyard. As he wanted to learn more, he started going to parks and bought a telephoto camera to take pictures and a nice pair of binoculars.

Thomas said that birding really helps him feel in tune with nature. “There are so many beautiful birds and animals all around us, if you just stop a moment to look around,” he added. “Birds are everywhere, even in the busiest downtown streets of Shenzhen I can find bulbuls in almost every tree, singing loudly and filling my ears with music. It really calms me down in this hectic technology-driven society.”