Get the utmost travel experience at low cost

How can one spend less while still getting the best possible travel experience? This question has come to mind for many a travel lover. However, if you are no longer a student, full-price tickets to tourist sites during peak travel seasons can amount to a large expenditure.

If saving money is the name of the game, then the lower-volume winter travel season marks the best time to see North China. Sure, it will be colder, but the crowds will be lighter and, for the most part, you can still do everything you would have done during the summer's peak tourist season. 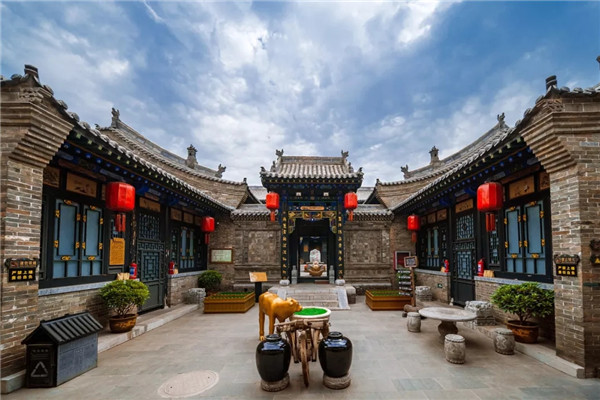 Here you can appreciate the solemn East Hall of Foguang Temple, observe the numerous Taoist murals of Yongle Palace at close proximity, or enjoy the uniqueness of the colorfully painted sculptures of the 28 stars at the Emperor Jade Pagoda in Fucheng Village.

In Shanxi, winter arrives early, and it may snow as early as the middle of November. As a result, tourism also dips into a low-volume period, making it possible to get a unique look at the ancient buildings covered in snow on a relatively low-price ticket. 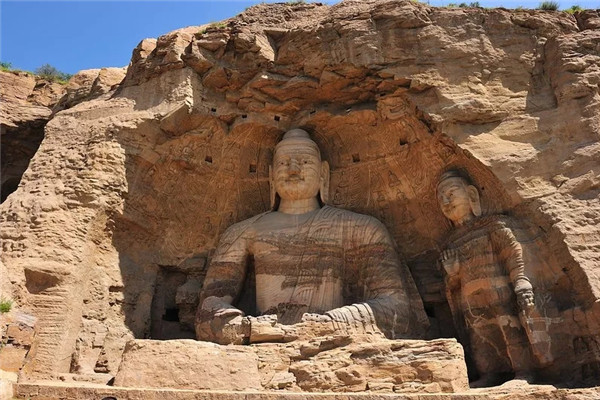 The Yungang Grottoes are ancient Chinese Buddhist temple-grottoes near the city of Datong in Shanxi. They are excellent examples of rock-cut architecture and one of the three most famous ancient Buddhist sculptural sites of China. The others are Longmen and Mogao.

This historic monument combines Chinese culture with the West as it is a Buddhist art treasure, which took nearly a dynasty to complete and was the first time such a monument was built since Buddhist art spread to China. The Yungang Grottoes were inscribed into the World Cultural Heritage List by UNESCO in December 2001 and became the first in the group of level-5A Chinese Tourist Areas in May 2007.

Located in Datong, Shanxi Province, Shanhua Temple was first founded during the early 8th century of the Tang Dynasty, but its earliest surviving building dates from the 11th century. The temple was heavily repaired over the years, and today three original halls and two recently rebuilt pavilions survive.

The whole temple covers an area of 20,000 square meters and consists of three main halls. The main buildings are arranged on a north-south axis. The Main Gate and the Sansheng Hall were both built in the 12th century during the Jin Regime.

Daxiongbao Hall is the northernmost and largest hall. The interior contains four large statues of Buddha representing the four cardinal directions. There is also a central statue representing Sakyamuni. 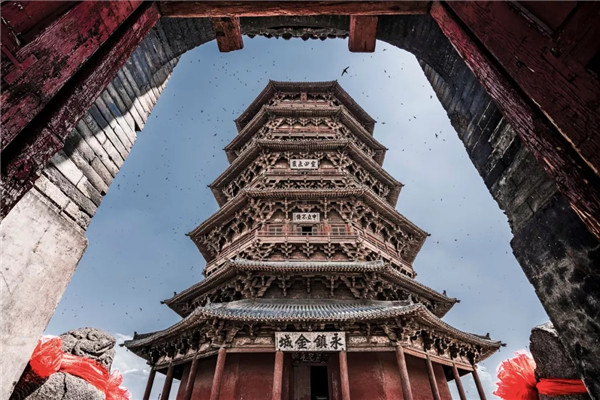 The Sakyamuni Pagoda, also known as the Yingxian Pagoda as it was housed in the Fuogong Temple of Yingxian County, is the oldest full-wooden pagoda still standing in China and believed to be the oldest of its kind in the world.

Standing 67.31 meters tall, the octagonal pagoda was built in 1056 during the Khitan-led Liao Dynasty. The wooden tower has survived several strong earthquakes and wars, although it now has a tilt, which causes worries over its structural integrity. 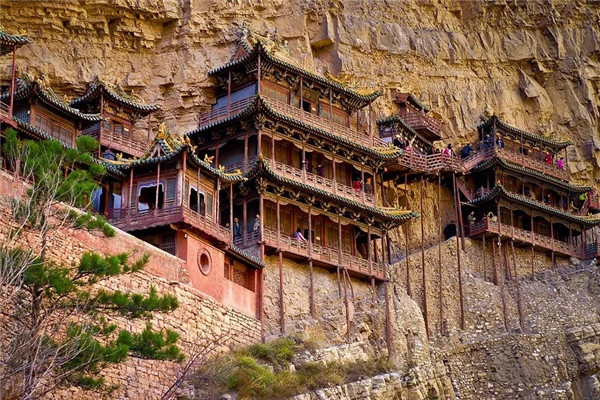 The Hanging Temple, also called the Hanging Monastery or Xuankong Temple, is a temple built into a cliff 75 meters above the ground near Mount Heng in Hunyuan County, Datong City, Shanxi.

Built more than 1,500 years ago, this temple is notable not only for its location on a sheer precipice but also because it is the only existing temple that combines three of China’s commonly practiced religions: Buddhism, Taoism and Confucianism. The structure is kept in place with oak crossbeams fitted into holes chiseled into the cliffs. The main supportive structure is hidden inside the bedrock. 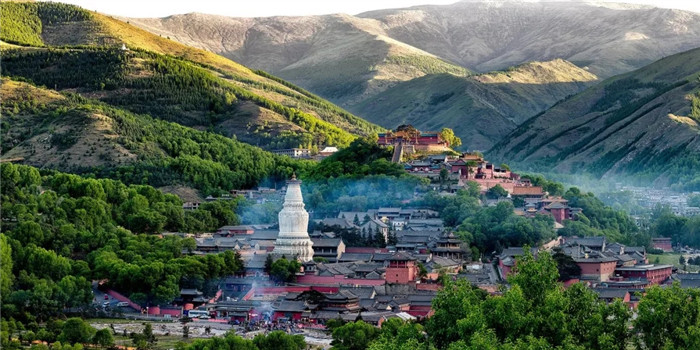 Mount Wutai, literally “the five-terrace mountain,” is one of the four sacred Buddhist mountains in China and is remarkable for its morphology of precipitous slopes and five open, treeless peaks.

The cultural landscape is home to dozens of monasteries and includes the East Main Hall of Fuoguang Temple and the highest surviving timber building of the Tang Dynasty with life-sized clay sculptures. It also features the Ming Dynasty’s Shuxiang Temple, which includes a huge complex of 500 statues representing Buddhist stories woven into three-dimensional pictures of mountains and water.

Overall, the buildings here catalogue the way in which Buddhist architecture developed and influenced palace-building in China for over a millennium. Temples were built on this site from the first century to the early 20th century. 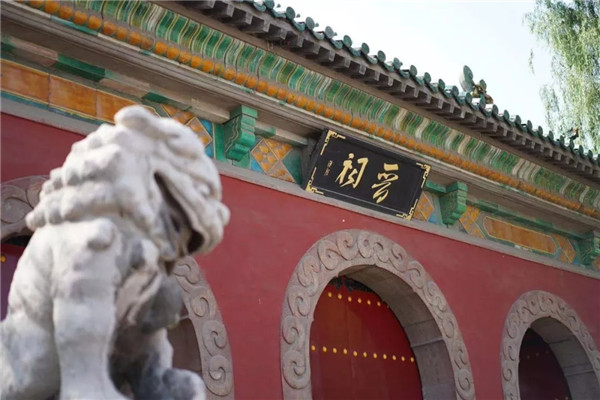 Jinci Temple, located 25 kilometers away from downtown Taiyuan City at the foot of Xuanweng Mountain, is a place of interest famous for its long history and rich cultural relics. It is the most prominent temple complex in Shanxi.

The temple was built in memory of Shu Yu of Tang, the founder of the State of Tang during the early Zhou Dynasty (1046-771 B.C.) of ancient China. The State of Tang would later be renamed Jin by Shu Yu’s son and successor, Xie.

The temple was founded about 1,400 years ago and expanded during the following centuries, resulting in a diverse collection of more than 100 sculptures, buildings, terraces and bridges.

Rich in tourist activities including visits to many historical sites, Shaanxi is fondly known as China’s museum of ancient culture. The abundance of historically important relics and cultural heritage makes Shaanxi one of the top travel destinations in the world and perhaps the best place to contemplate China’s ancient history. 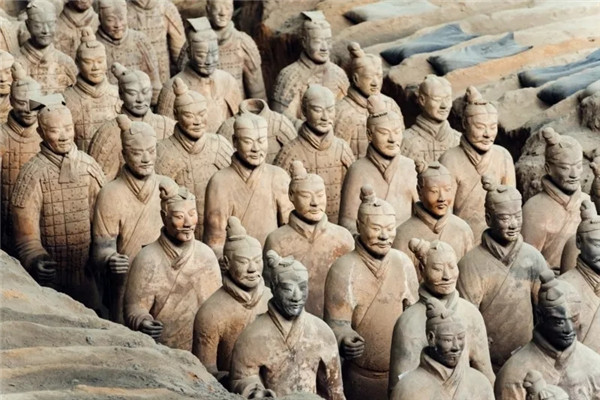 The eighth wonder of the world, the Qinshihuang Mausoleum, is located at the northern foot of Lishan Mountain, 35 kilometers northeast of Xi’an, Shaanxi Province. It is the tomb of Emperor Qinshihuang, founder of the first unified empire in Chinese history established during the 3rd century B.C.

First constructed in 246 B.C., the surviving grave mound stands at a height of 51.3 meters and is situated within a rectangular, double-walled enclosure oriented north-to-south. Nearly 200 pits containing thousands of life-sized terra cotta soldiers, terra cotta horses, and bronze chariots and weapons — a world-renowned archeological discovery — accompany the mausoleum. Including other burial tombs and architectural remains, there is a total of over 600 archeological sites within the property of 56.25 square kilometers. 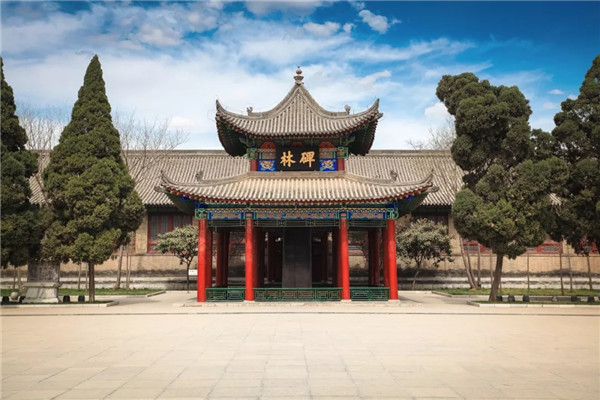 The Forest of Stone Steles Museum, initially established in 1087, is the largest and oldest museum of steles in China. Steles are ancient stone- or wooden-slab monuments. The museum has a large collection of steles and records of the development of Chinese culture and the ancient exchanges that took place between China and other countries. It’s home to a total of 11,000 relics.

This treasure house holds a large collection of the earliest stone steles from different periods ranging from the Han Dynasty (206 B.C.-A.D. 220) to the Qing Dynasty (1644-1911).

Here you will find the masterpieces of famous calligraphers such as Ouyang Xun, Yan Zhenqing, Wang Xizhi and Liu Gongquan.

Mausoleum of the Yellow Emperor 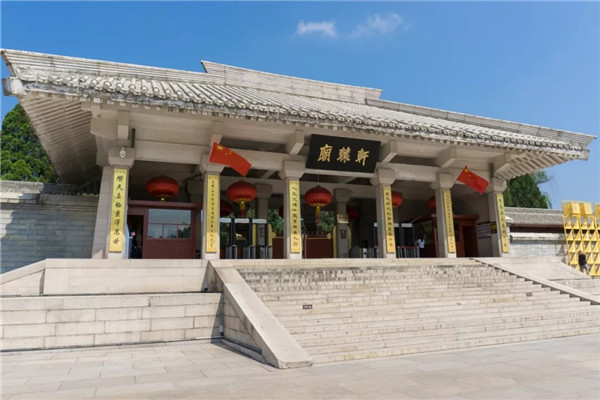 The site contains over 60,000 mature cypress trees, of which 30,000 are over 1,000 years old, making the area one of the best, oldest cypress tree forests in China. The scenic area is divided into two parts: the Huangdi Tomb area and the Xuanyuan Temple area. 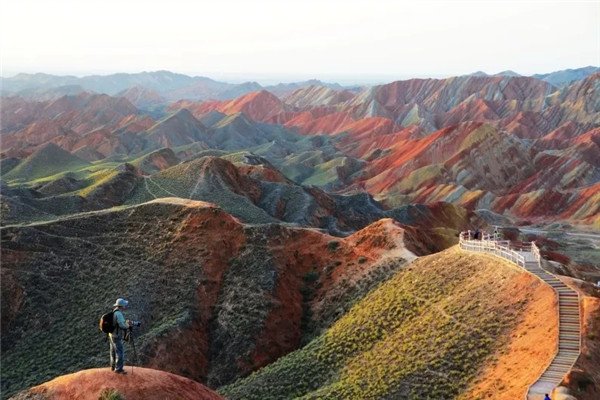 Located in China’s northwest region, the geographically slender province of Gansu flows east to west along the Hexi Corridor. Synonymous with the Silk Road, the province is home to diverse sites of interest including the Gobi Desert and its dry airborne sands as well as dreamy flower seas, jade-green lakes, splendid mountains and imposing Buddhist grottoes.

The tourism off-season in Gansu starts after the National Day holiday and lasts till May 1st of the next year. The province’s natural landscapes might not be as captivating during the winter, (in a way, the snow-capped scenery adds a little extra magic to the trip for some people), but its cultural landscape still possesses great charm. 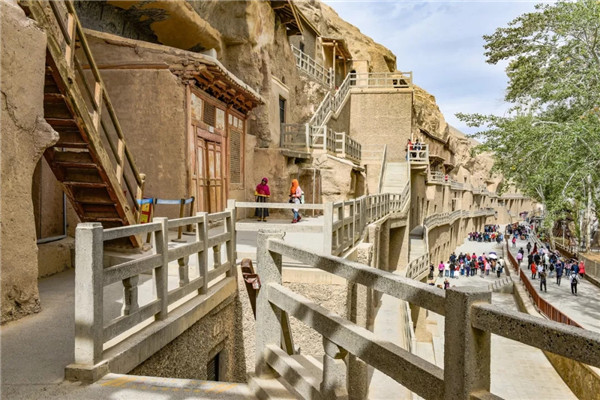 The Mogao Grottoes, also known as the Thousand-Buddha Caves for its numerous Buddhist artifacts, are located on the eastern foothills of Mingsha Mountain, 25 kilometers southeast of the town of Dunhuang. The site is one of the largest, best-preserved and richest treasure houses of Buddhist art in the world. The first cave was built by a traveling monk, Le Zun, in 366.

The low-traffic season at this tourist site lasts from the beginning of November to the end of April the following year. There are a lot of benefits to coming during the off-peak season for travelers who come from all over. First of all, entry tickets will cost nearly half of the original price, and you can visit more grottoes during this period than during the normal season. And as there are fewer visitors, you’ll be able to learn more from tour guides. 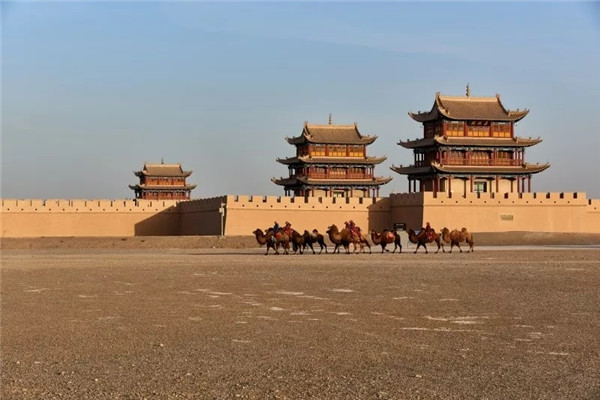 Jiayuguan City, a prefecture-level city in northwestern Gansu, is named after the western terminus of the Ming Great Wall: Jiayu Pass. The only city that combines both Great Wall and Silk Road culture, Jiayuguan has both natural beauty and cultural heritage.

Other important sites in Jiayuguan City include the closest glacier to any metropolitan area in Asia, Qiyi Glacier, and the Overhanging Great Wall, also known as the “Badaling of the West.” 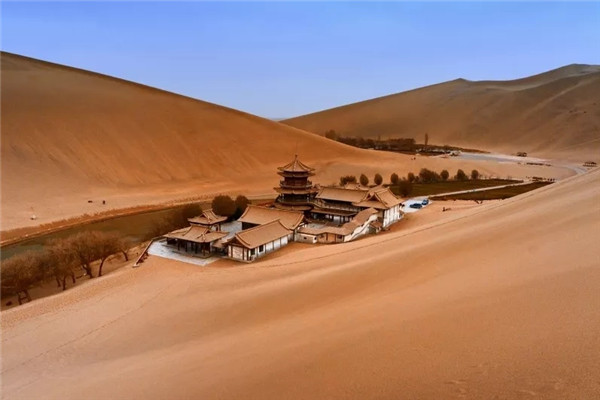 Mingsha Mountain is named for the noise made by its sands when people slide down them in sand sled carts. The mountain is 40 kilometers long east to west and 20 kilometers wide south to north with an elevation of 1,715 meters at its main peak. Mingsha Mountain has many steep cliffs and blade-like ridges. When someone slides down the sands, a drum-like sound is made, which can be as quiet as soft music or as loud as thunder.

Crescent Lake is 6 kilometers south of Dunhuang in Mingsha Mountain and is quite literally an oasis in the desert. Although the area is arid, the pool doesn’t dry up as one might expect.