Fans of popular Chinese historical TV dramas “The Story of Ming Lan” (2018) and “Royal Nirvana” (2019) may still remember the leisurely lifestyle and refined porcelains of the Song Dynasty (960-1279) depicted in the series. As the plots of revenge, romance and court intrigue unfold, viewers are also gripped by the elegant scenes of daily life from that booming era of cultural brilliance and social prosperity.

Now more than 150 Song Dynasty porcelains collected by Hankungu Porcelain Museum in Nanshan District are on display at the “Leisure Time With Tea Bowl and Censer: Porcelain and Social Life in the Song Dynasty” exhibition at Shenzhen Museum in Futian District. Apart from admiring the minimalist beauty of the porcelains, visitors can also have a glimpse into the Song people’s four main leisurely activities: incense-burning, tea-making, flower-arranging and indoor decor paintings. Other daily life objects, such as porcelain pillows, are also featured at the exhibition to showcase the elite culture of that time. 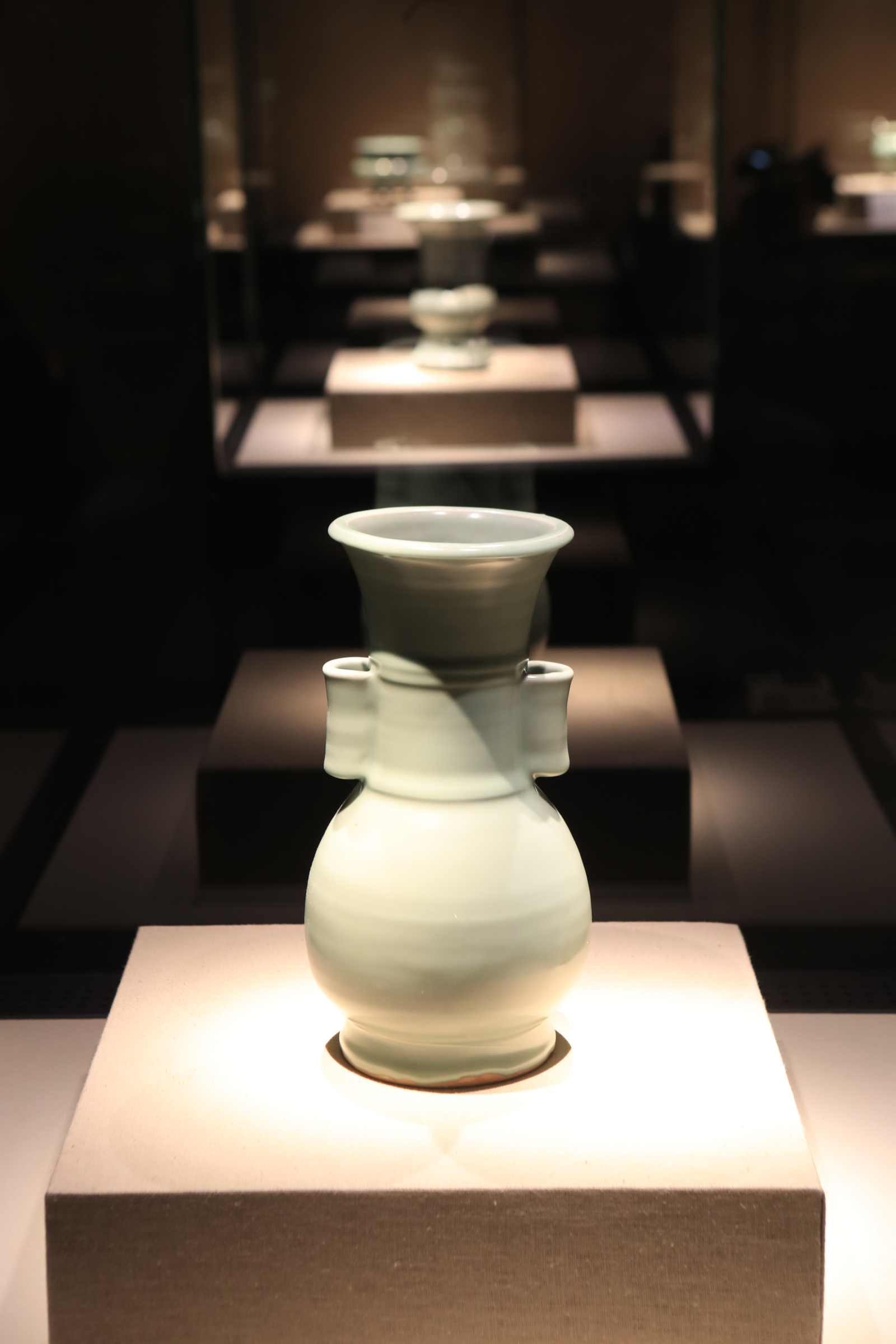 A celadon bottle from a Longquan kiln in Zhejiang Province. Photos by Sun Yuchen

The Song Dynasty was generally a time of economic prosperity and excellence in the fine arts, such as painting and literature. It is also regarded as one of the most brilliant periods in the history of Chinese porcelains. The artistic emphasis of Song porcelains was on the simplicity of its colors, subtlety of its glazing and gracefulness of its shapes. 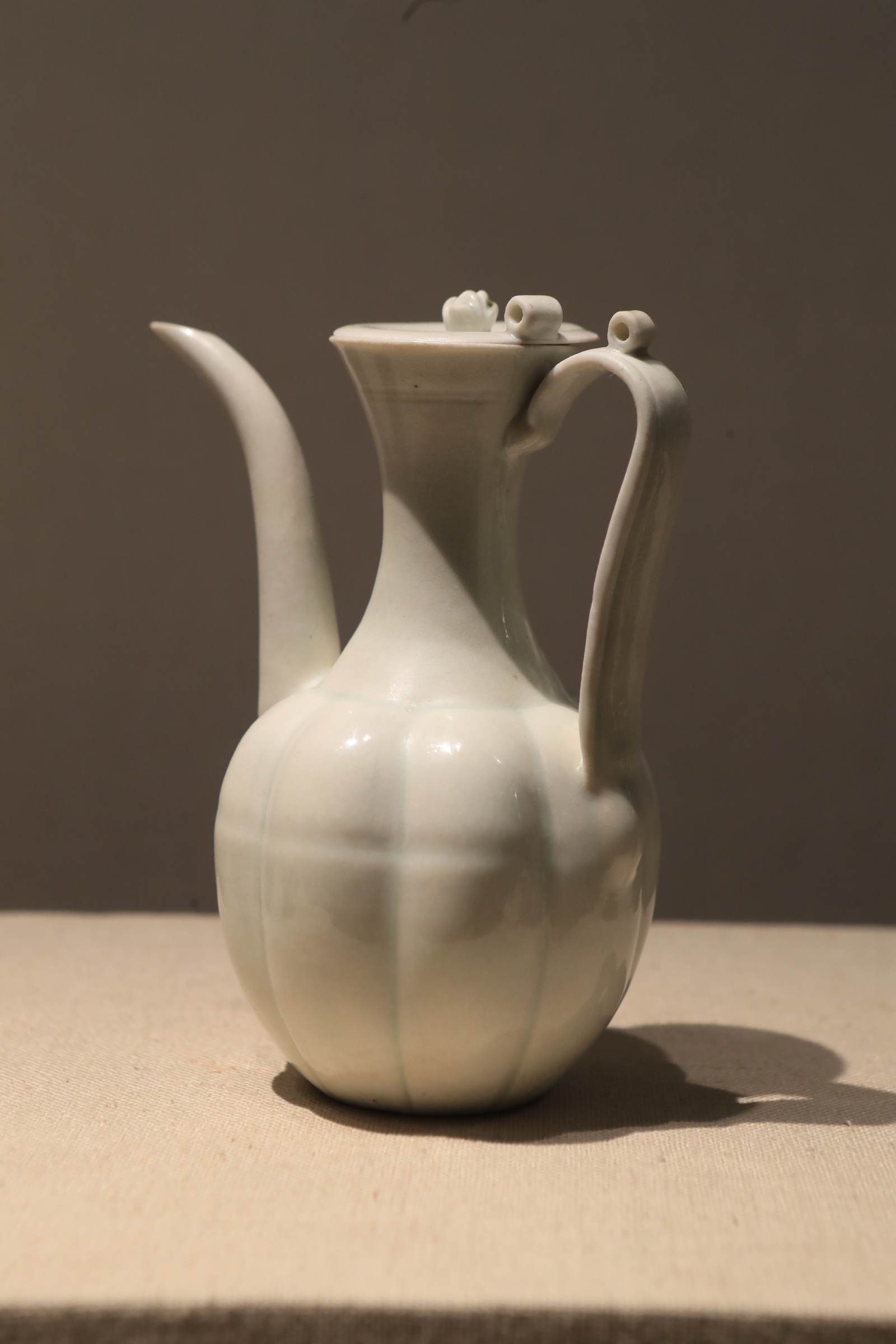 A pot from a Jingdezhen kiln in Jiangxi Province.

At the exhibition, visitors can closely inspect the famous Jian ware from Fujian Province and Jizhou ware from Jiangxi Province. Some Jian tea bowls feature an amazing “hare’s fur” or “partridge feather” glaze effect, while some Jizhou tea bowls have a “tortoiseshell” or floral pattern glaze effect. Both Jian ware and Jizhou ware achieved high prestige in the Song Dynasty, especially in relation to tea-drinking. 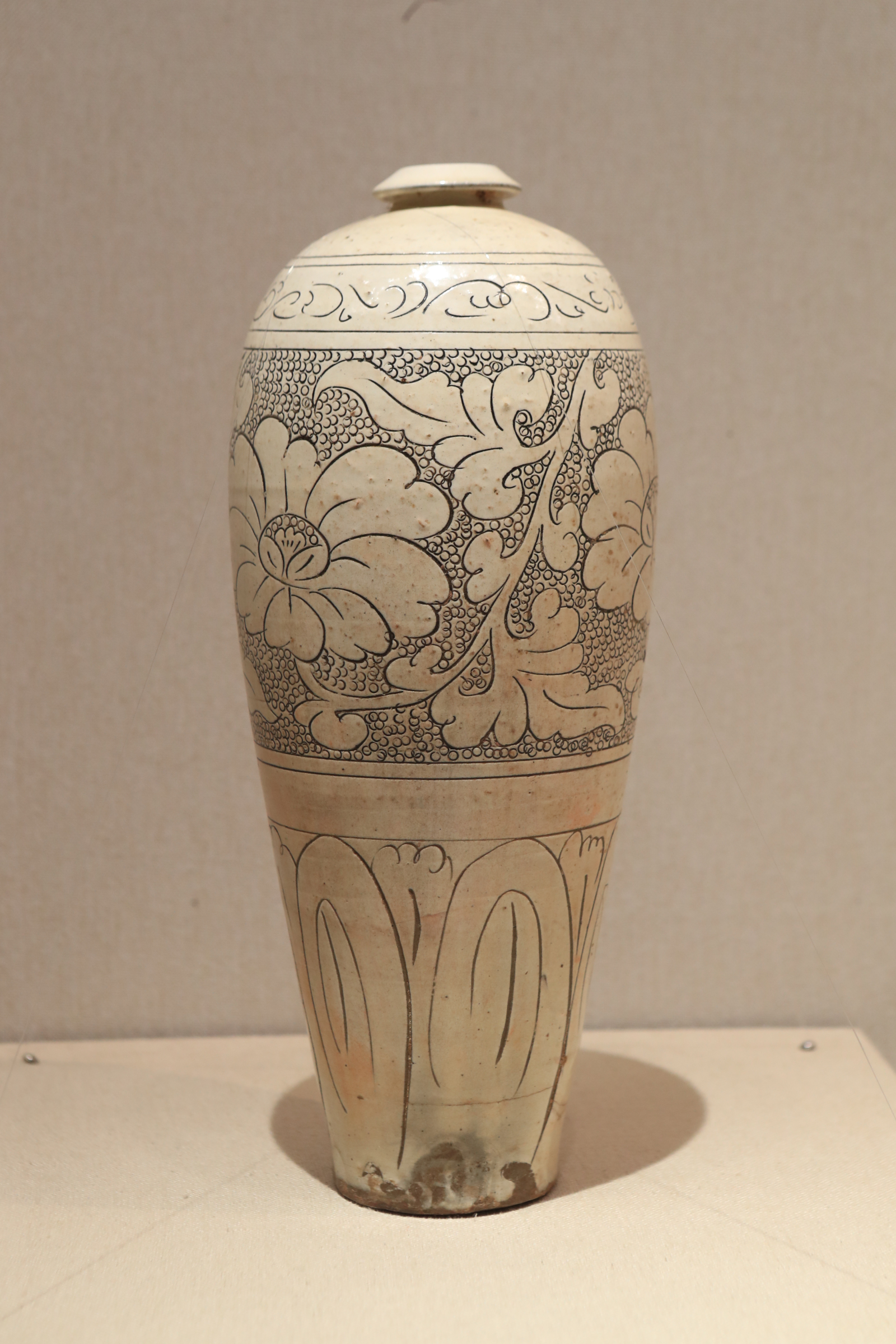 A wine ware from a Lushan kiln in Henan Province.

Tea-related activities in the Song Dynasty were very unique. From the nobles to scholars and common people, all were accustomed to dian cha (the practice of pouring water several times in the process of making tea) and dou cha (tea contests). The dian cha process starts with grinding a suitable amount of a semi-fermented tea cake into powder. The maker then sieves the finest powder into a tea bowl and pours a small amount of boiling water into it to make a tea paste before again pouring more boiling water and stirring the tea with a bamboo tea whisk until the water and the tea are fully blended and froth appears. The dian cha process was later introduced to Japan and developed into the Japanese matcha tea ceremony according to its own cultural tastes. 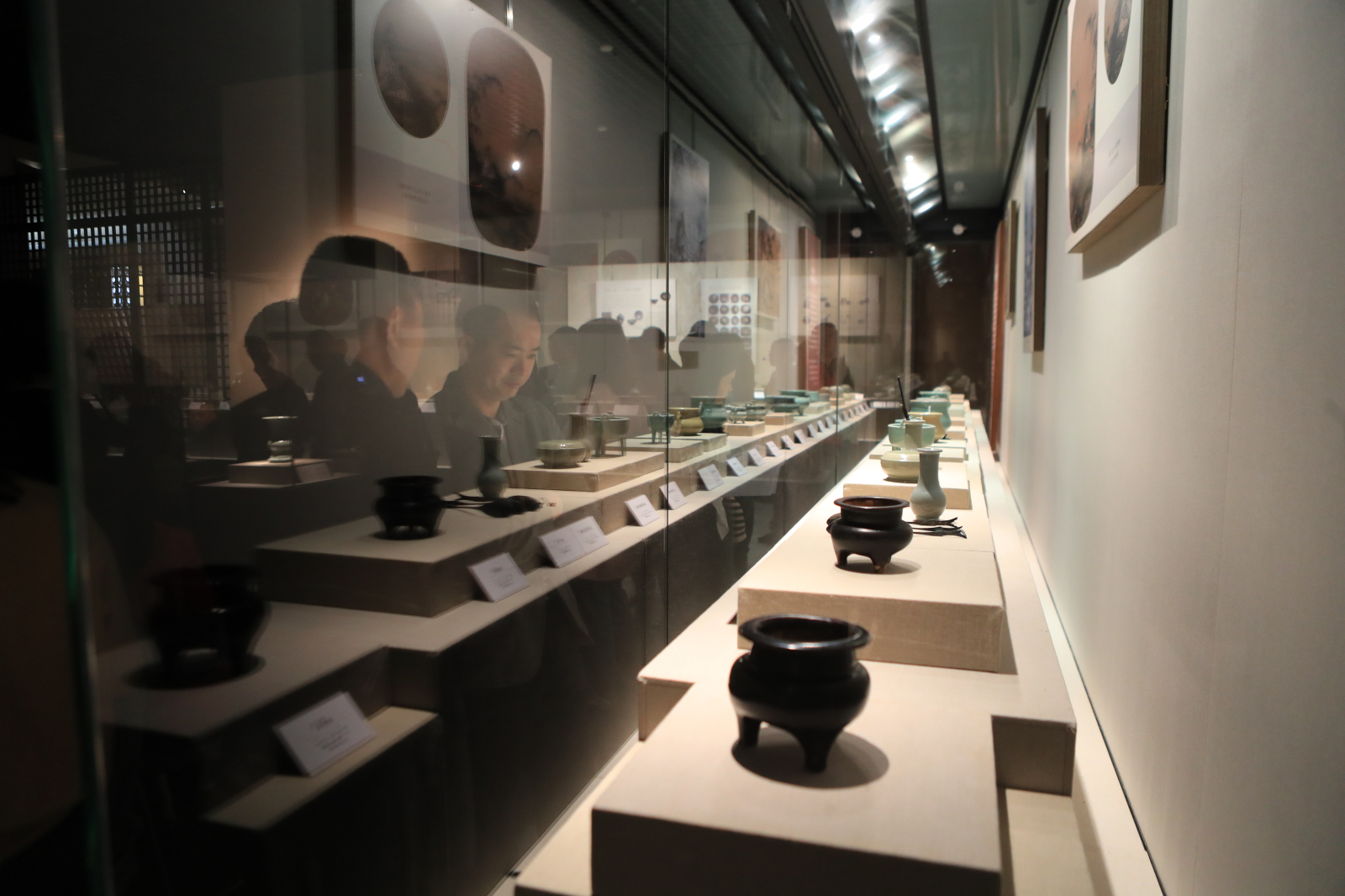 Visitors at the “Leisure Time With Tea Bowl and Censer: Porcelain and Social Life in the Song Dynasty” exhibition at Shenzhen Museum in Futian District.

Corresponding to the strict requirements of the dian cha process, holding tea contests reached the peak of its popularity in the Song Dynasty. The contests were actually a leisure activity for friends drinking tea together. Evaluating the execution of the tea-making involved whether the appearance of the tea was white and whether there was no water mark left in the bowl. As a result of these standards, white and celadon porcelain bowls were not suitable for detecting the leftover white tea, so the black and brown Jian or Jizhou tea bowls were popular at that time.

A wide variety of green and celadon porcelain vases, censers and wine wares as well as replicas of ancient paintings are also on display at the exhibition for reenactments of the elegant Song lifestyle. “Porcelains in the Song Dynasty look simple in color and shape but bear an everlasting beauty,” said Guo Xuelei, deputy director of Shenzhen Museum.