Surely a must-see for ukiyo-e lovers is the “Pictures of the Floating World — The Japanese Treasure That Lives On” exhibition at Nanshan Museum, one of this summer’s artistic highlights in Shenzhen.

Through 189 delicately hued and intricate Japanese ukiyo-e prints made in the Edo (1603-1868) and Meiji (1868-1912) eras, visitors can admire sensuous beauties in colorful kimonos, kabuki actors with quirky facial expressions, scenes of pleasant Japanese city life and poetic landscapes in snow, rain and moonlight.

Collected by Chinese painting master Li Keran and his family and on loan from the Li Keran Academy of Painting in Beijing, the exhibited items include internationally iconic pieces, such as Katsushika Hokusai’s “The Great Wave Off Kanagawa” and “South Wind, Clear Sky” from his “Thirty-six Views of Mount Fuji” series and some prints from Utagawa Hiroshige’s “Fifty-three Stations of the Tokaido” series.

Both artists were prolific and their romantic landscape prints were a source of enlightenment for Impressionism in the West. Among Japanese artists, Hokusai was an early experimenter with Western linear perspective, and transformed ukiyo-e from a style of portraiture focused on actors and courtesans into a much broader style of art that focused on landscape and animals. Hiroshige excelled in evoking a human touch to the landscapes, with their varying seasons, times of day and weather events, compared with Hokusai’s bolder style.

Fine achievements by another four representative ukiyo-e masters —Kitagawa Utamaro, Toshusai Sharaku, Torii Kiyonaga and Suzuki Harunobu — are also highlighted in the exhibition. Harunobu was the first to produce multi-block color prints; Kiyonaga was famous for depicting tall women as slender and refined; Utamaro’s signature prints were large-headed portraits of seductive women with smooth and tender skin; and Sharaku disclosed the ridiculous nature under the showy world through the painting of theater actors’ quirky facial expressions. 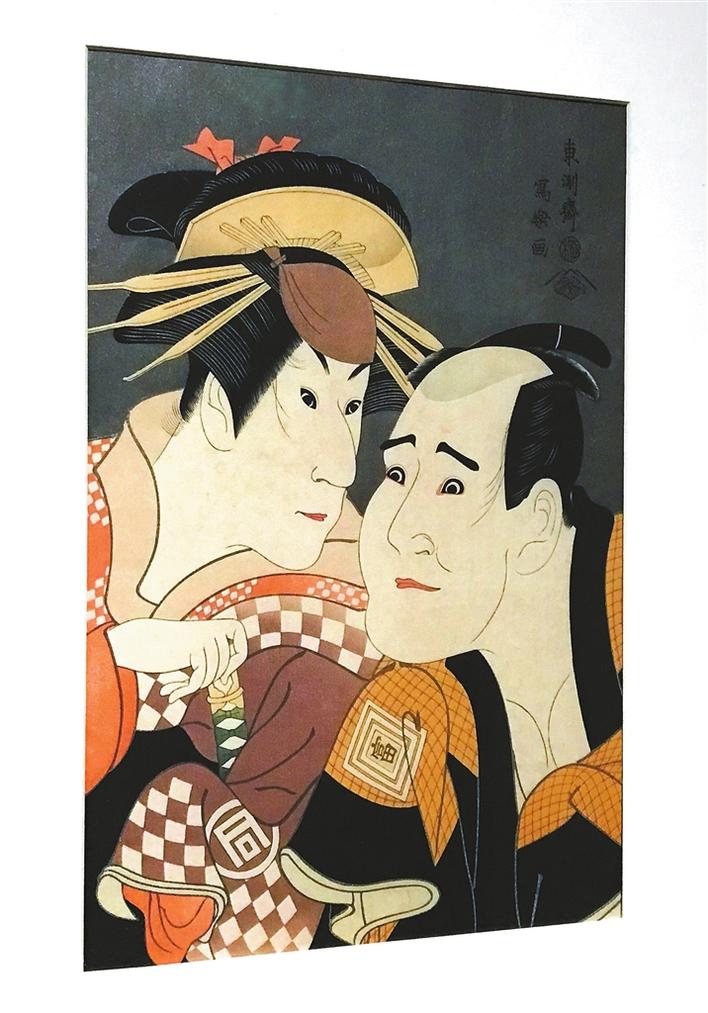 Literally meaning “pictures of the floating world,” ukiyo-e refers to a style of Japanese woodblock print from the Edo to the Meiji periods. The word “ukiyo” originally expressed the Buddhist idea of the transitory nature of life but this rather bittersweet notion was modified during the Edo period.

“Merchants in Edo (modern Tokyo) were the new rich, who gained economic strength by taking advantage of the expansion of the cities and commerce but they were politically confined. As a result, they turned their attention to the pursuit of pleasure,” said scholar Wang Luxiang, curator of the exhibition. Protraits in the exhibition. Photos courtesy of the museum.

According to Li Geng, president of the Li Keran Academy of Painting, ukiyo-e was influenced by Taohuawu woodcut New Year pictures in Suzhou in the late Ming Dynasty (1368-1644) and by the “Manual of the Mustard Seed Garden,” a manual of Chinese painting book in the early Qing Dynasty (1644-1911). Ukiyo-e later had a profound impact on European artists in the late 19th century, such as Claude Monet, Vincent van Gogh and Edouard Manet. “Only through communication and studying from each other can human civilizations move forward. This is how ukiyo-e inspires me,” said Wang. 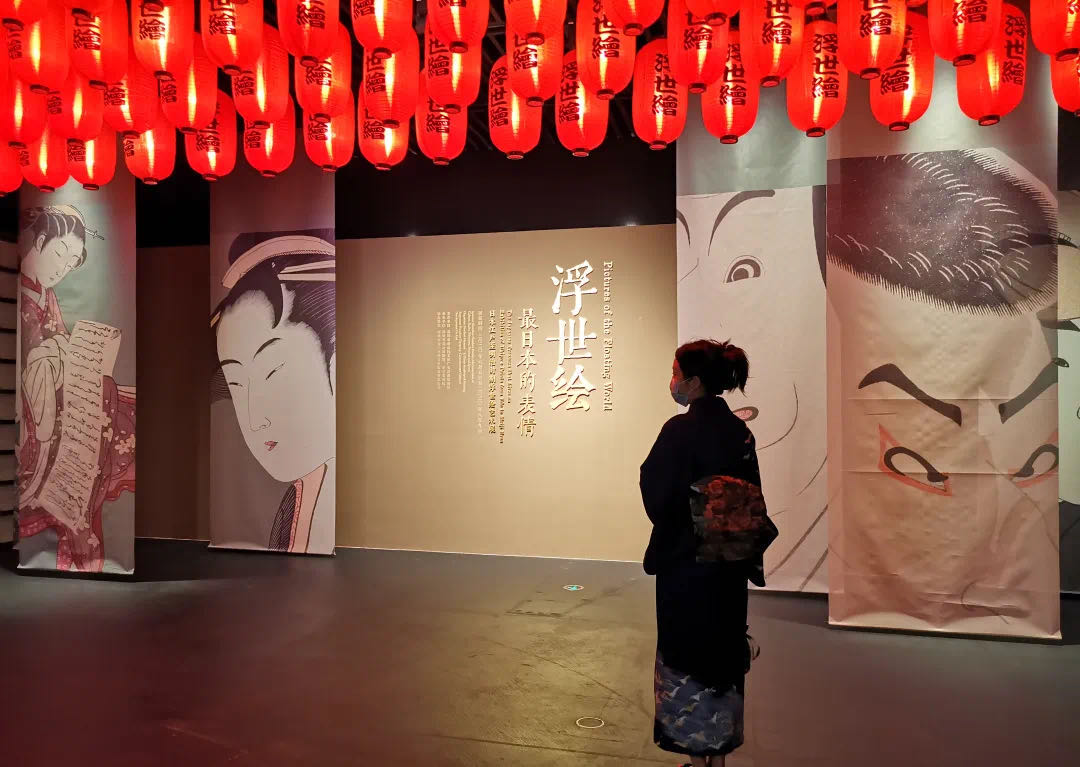 The entrance of the exhibition.

The exhibition has detailed English descriptions about ukiyo-e’s periods, subjects, styles and process of production. Entry is free. Follow the museum’s WeChat account “nanshanmuseum” and then follow menu instructions to book your visit.