Carved lacquer craftworks made by Man Jianmin from Beijing are on display.

Lacquerwork consists of a variety of metallic and wood objects to which colored and frequently opaque lacquer varnishes are applied. The lacquer in China is made from the sap of the Chinese lacquer tree. 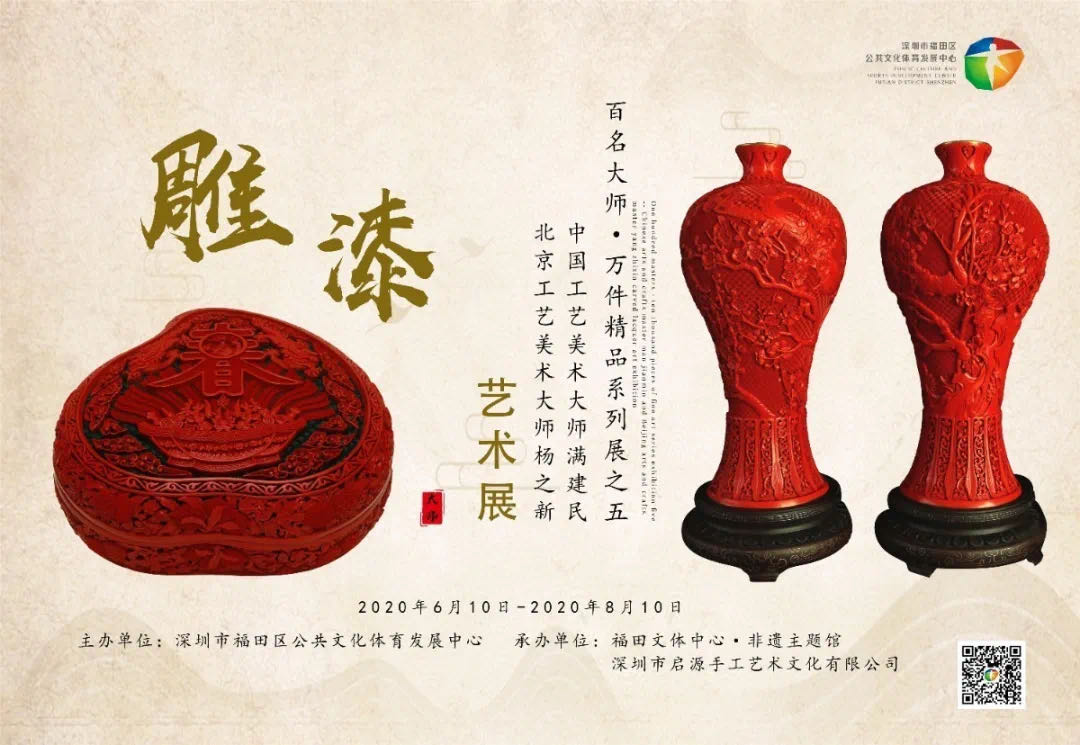 Some carved lacquers by Man Jianmin are on poster.

The carved lacquer in China is particularly noteworthy in that the lacquer is applied to a considerable thickness. When several colors are used, successive layers of each color of uniform thickness are arranged in the order in which they are to predominate. When the whole mass is complete and homogeneous, it is cut back from the surface to expose each color as required by the design. When the lacquer is cold and hard, the carving is done with a very sharp V-shaped tool. The cutting is done with amazing precision — no correction of faults is possible, so each layer has to be exactly and accurately reached and the final result precisely foreseen from the beginning of the work. The red lacquer, so well-known and justly appreciated, is colored with cinnabar (red mercuric sulfide). Other colors include a deep and a lighter olive green, buff, brown, black, and purple (aubergine).

As a traditional Chinese craft, lacquer carving originated in the Han Dynasty (202 B.C.-220 A.D.), and during the Yuan (1271-1368) and Ming (1368-1644) dynasties, it was introduced into Beijing. Today it is one of the trademark crafts in Beijing, along with cloisonne enamelware and jade carving.