Photos and documentaries depicting the Aoluguya, a tribe of the Ewenki ethnic group in North China’s Inner Mongolia Autonomous Region, are on display at Kubrick, a bookstore inside Broadway Cinematheque. 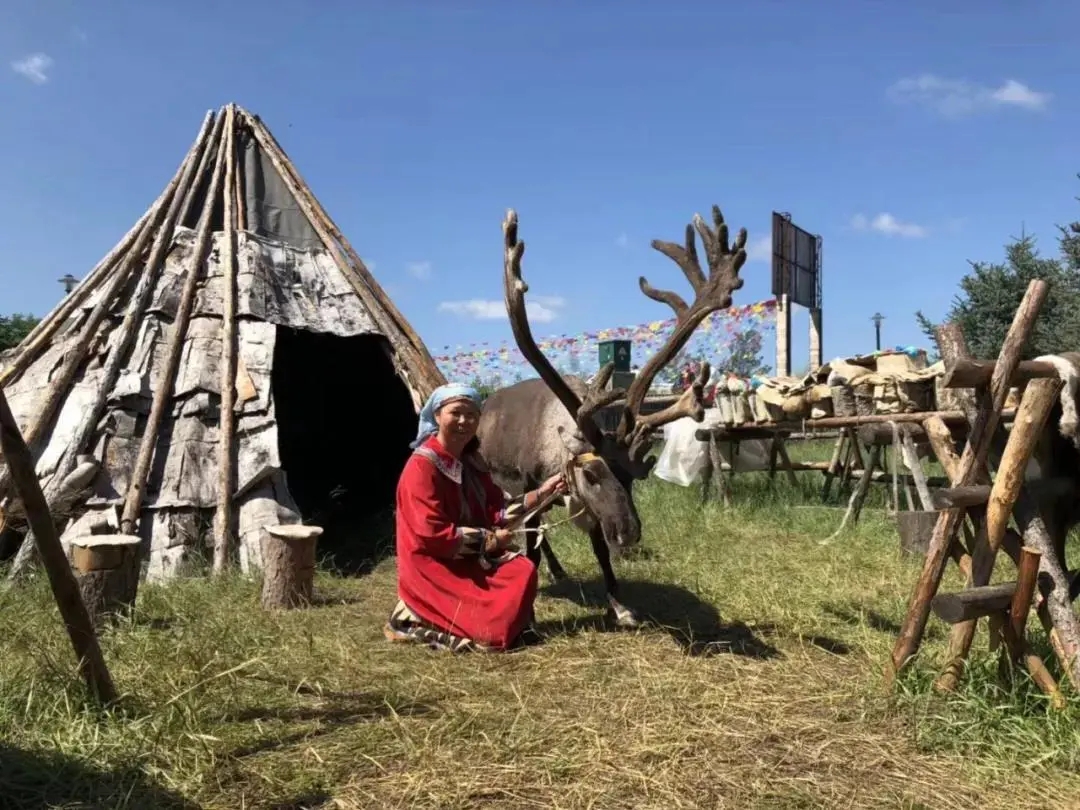 A photo depicting an Aoluguya woman and a reindeer. Photos from Broadway Cinematheque’s WeChat account

The name “Aoluguya” means a place with flourishing aspens and “Ewenki” means people living in the mountains. Known as “the last hunting tribe in China,” the Aoluguya people used to live in the dense primeval forest and survived on herding reindeer, the main means of transportation for the Ewenki ethnic minority in the past. In 2003, the Aoluguya people came out of the forest and moved to a new settlement built by the government. 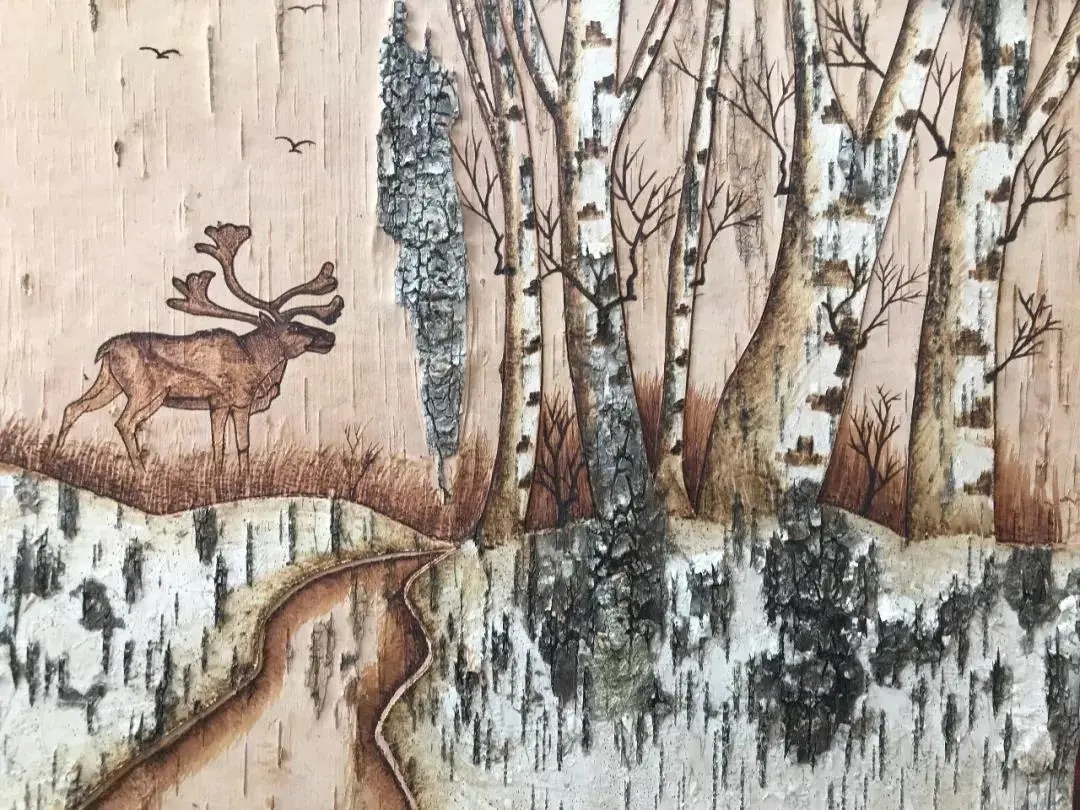 A painting shows a reindeer in a forest.

While most people have adopted modern lifestyles, a few veteran hunters have special government permission to maintain the tradition of raising reindeer in the mountains and use their ways to protect the creatures. According to a Xinhua report in April, over 1,400 reindeer live in the northern areas of the Greater Hinggan Mountains. In the Aoluguya Ewenki Ethnic Town of Genhe City, there are 13 breeding spots. During the calving season, ethnic Ewenki herders also enhance patrols in the forests to guarantee the safety of the reindeer.

A photo depicting a movable house for Aoluguya people working in forests.

The town has seen the expansion of the reindeer population in recent years, as the local government has taken actions to protect the breeding of the deer and has also been working with an agricultural institution to improve their survival.