The panda-themed green train Y982/1 departing from Chengdu Railway Station and heading toward Kaili in Guizhou Province at 8:21 p.m. Sept. 11 is the first special train traveling through Sichuan, Guizhou and Chongqing. In September and October, this special train will depart from Chengdu every Friday, carrying 500 passengers to recall the days of green trains in Southwest China. 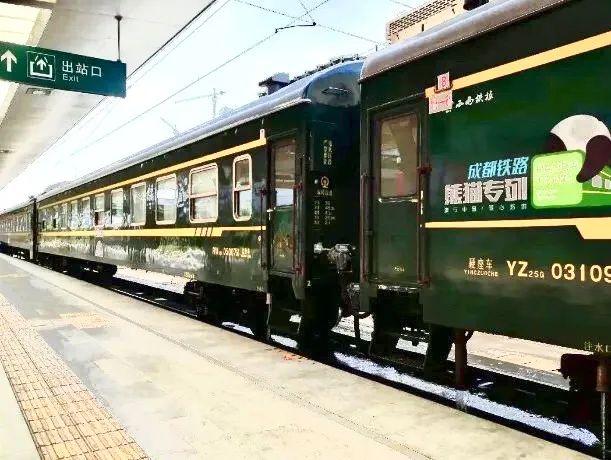 This is a tourist train operated by Sichuan Southwest Railway International Travel Service Co. Tourists can rest on the train at night and join day tours organized by the travel agency in the daytime. 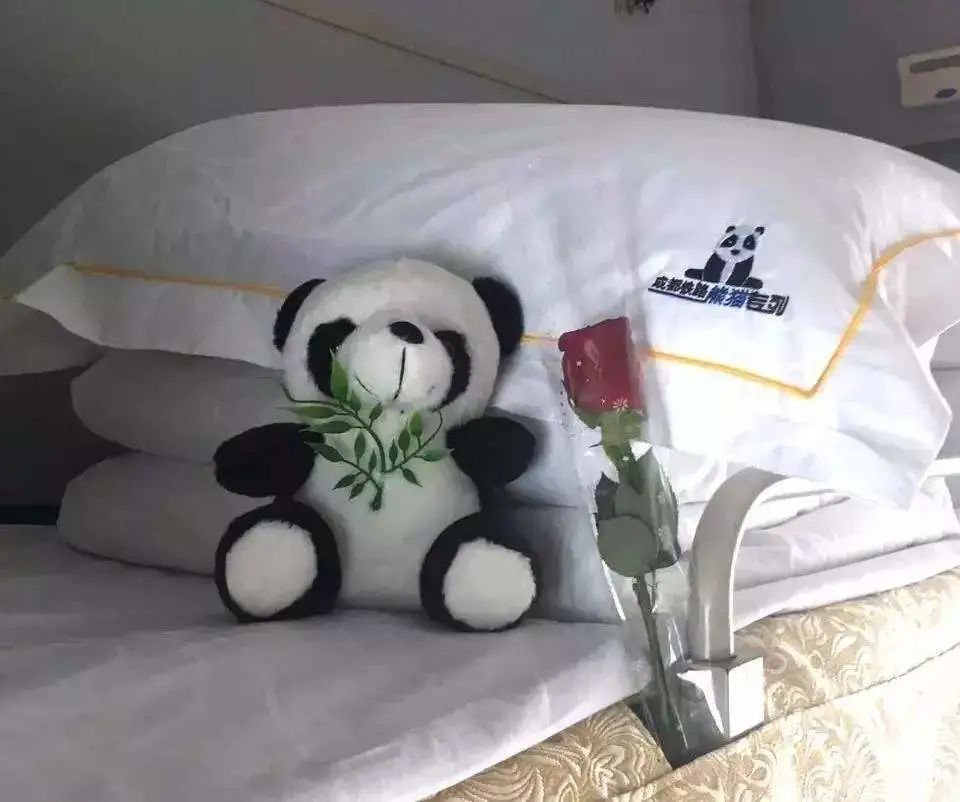 The Dujiangyan is an ancient irrigation system in Dujiangyan County-level City, Sichuan Province. Originally constructed around 256 B.C. by the State of Qin as an irrigation and flood control project, it is still in use today. It’s a world famous irrigation system that controls the waters of the Minjiang River and distributes it to the fertile farmland of the Chengdu Plain.

Li Bing, then governor of Shu for the State of Qin, and his son headed the construction of the Dujiangyan, which harnessed the river using a new method of channeling and dividing the water rather than by simply damming it. Later, the irrigation system was modified and enlarged during the Tang (618-907), Song (960-1279), Yuan (1279-1368) and Ming (1368-1644) dynasties.

Together with nearby Qingcheng Mountain, the Dujiangyan Irrigation System was listed as a UNESCO World Cultural Heritage Site in 2000. 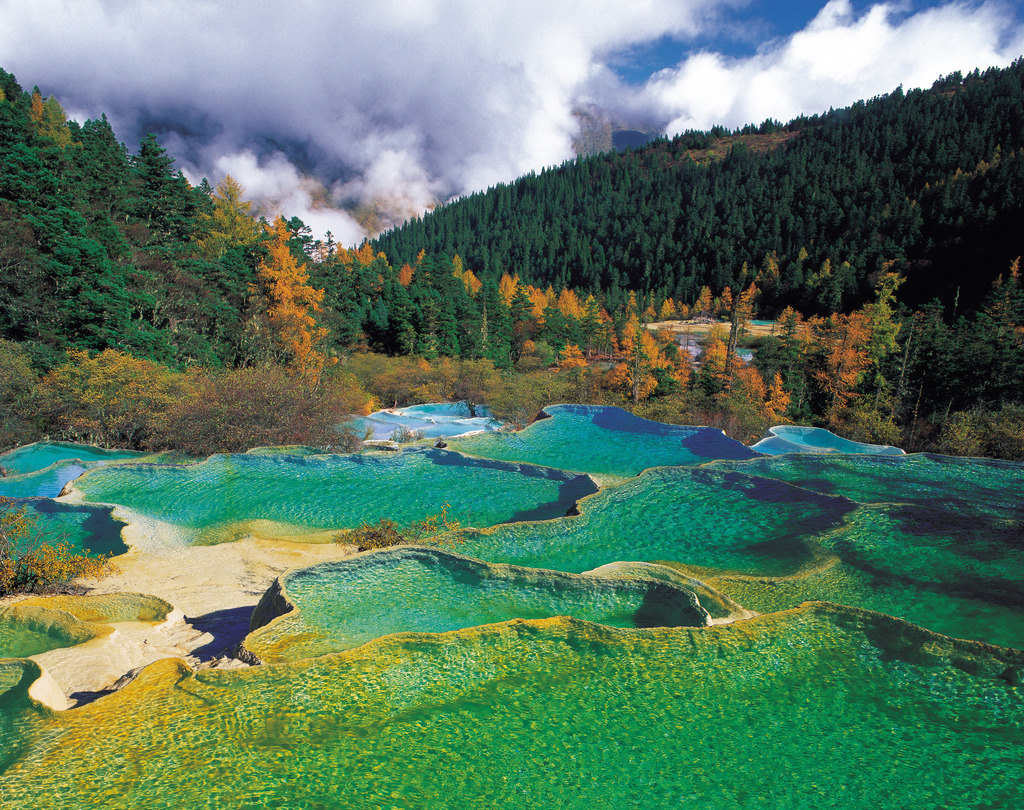 There are no words to describe the beauty of Jiuzhai Valley. A UNESCO World Heritage Site, the valley is known for its many multi-level waterfalls, colorful lakes, and snow-capped peaks.

Located in the mountains on the eastern edge of the Qinghai-Tibet Plateau, it is one of the most acclaimed tourist destinations in China, but the pristine scenery was left scarred by landslides and falling rocks triggered by the devastating earthquake in 2017.

When the glassy waters of Wuhua Lake (Five-Flower Lake), one of the most beautiful lakes in the valley, turned brown after the quake, people feared that the region’s breathtaking scenery would be destroyed forever. Fortunately, after restoration, the lake has magically regained its original beauty and shines like a sapphire embedded among the valleys.

As autumn knocks the door, the valley also presents its most beautiful moments to people, with the colorful leaves across the mountain reflected in the sapphire lake water. 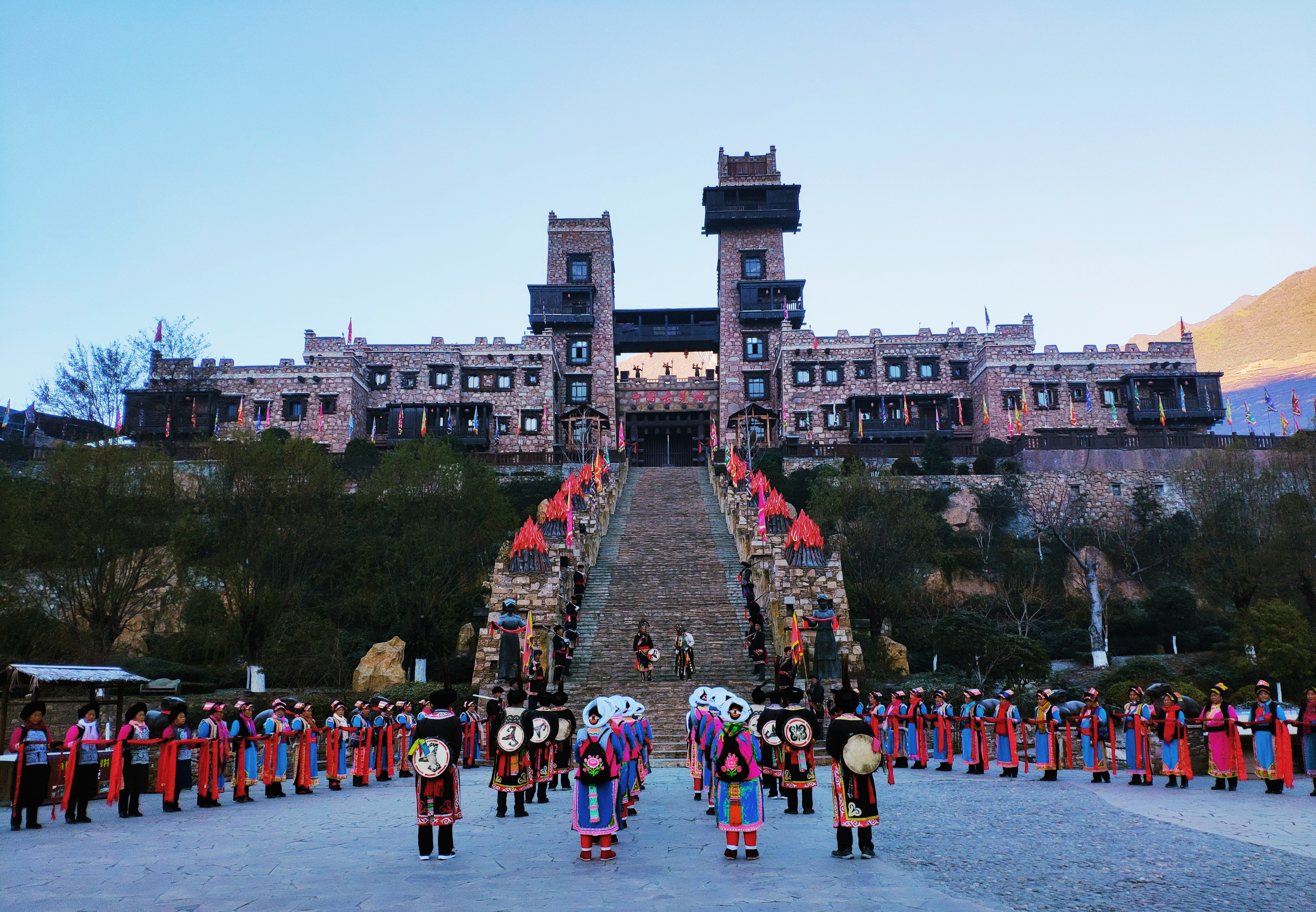 The Ancient Qiang City of China in Maoxian County in the Aba Tibetan and Qiang Autonomous Prefecture of Sichuan Province is a unique site for the lively display of Qiang culture. It maintains the original architectural styles, folk customs, and rituals of the Qiang people.

Enjoying a history of more than 3,000 years, the Qiang ethnic group is one of the original ethnic groups in China. It is famous for its unique customs, arts, and religious beliefs. Today, about 300,000 Qiang people live in Sichuan, the major habitat of the Qiang people.

Every early morning, members of the Qiang people join in the city’s opening ceremony, presenting traditional song and dance performances to welcome tourists. Living in mountainous areas at a high altitude, the Qiang people are also called “an ethnic minority group living in the clouds.” 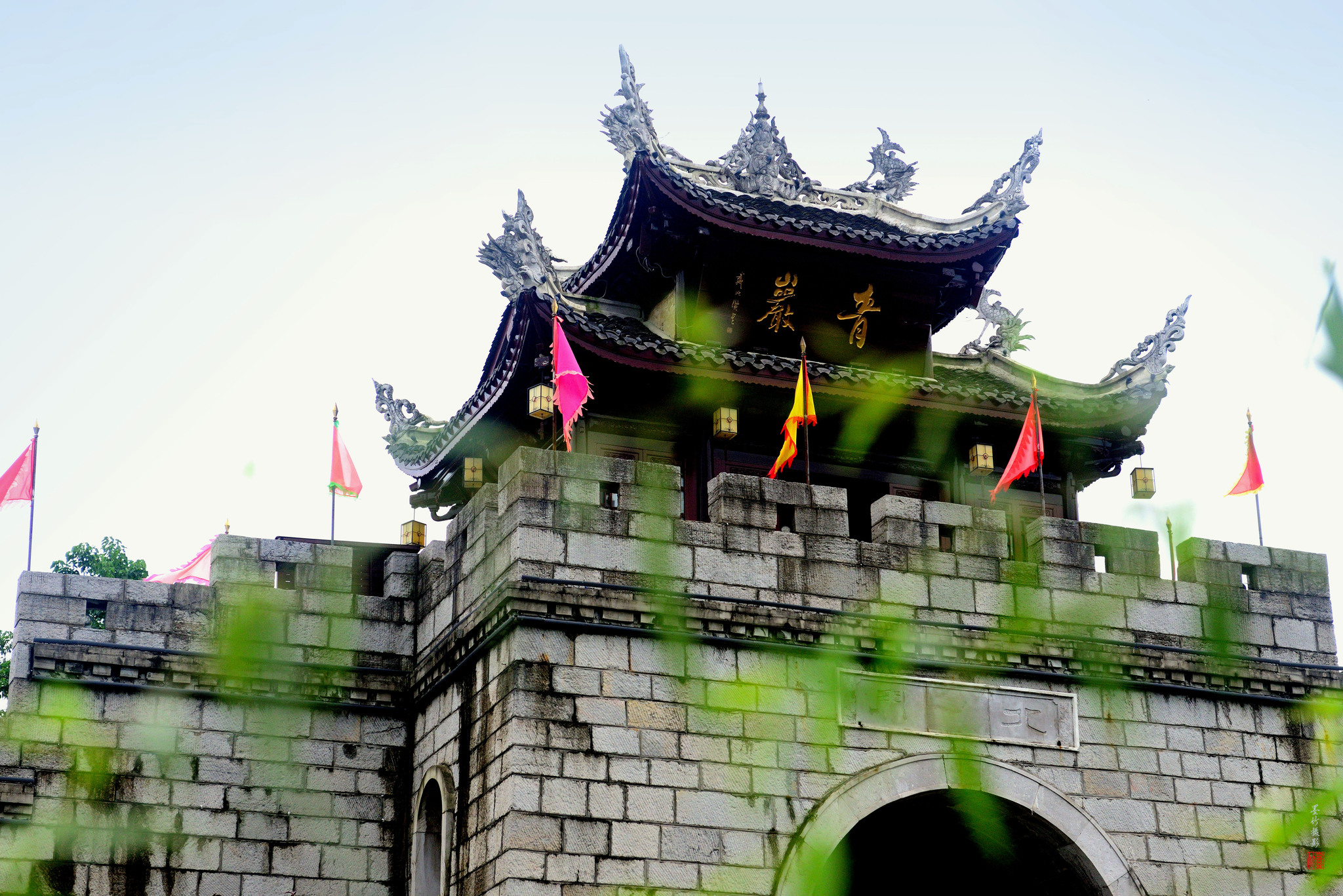 As an ancient town, covering an area of 741 acres, Qingyan Ancient Town was originally built in 1378. Walking into the town may give you an illusion of traveling back in time to the streets of 600 years ago. The gray flagstone walkways, the black bricks, the special eaves, the long laneways, the old memorial archways, all were baptized by time but still remain their original look.

Although small in size, Qingyan Ancient Town has a well-planned architectural style, hundreds of sites of relics, and an influential local culture. Due to the local geology, the town was built completely of stone. Visitors can see spectacular city walls built right on the cliffs with vast rocks, which divided Qingyan into inner and outer towns. 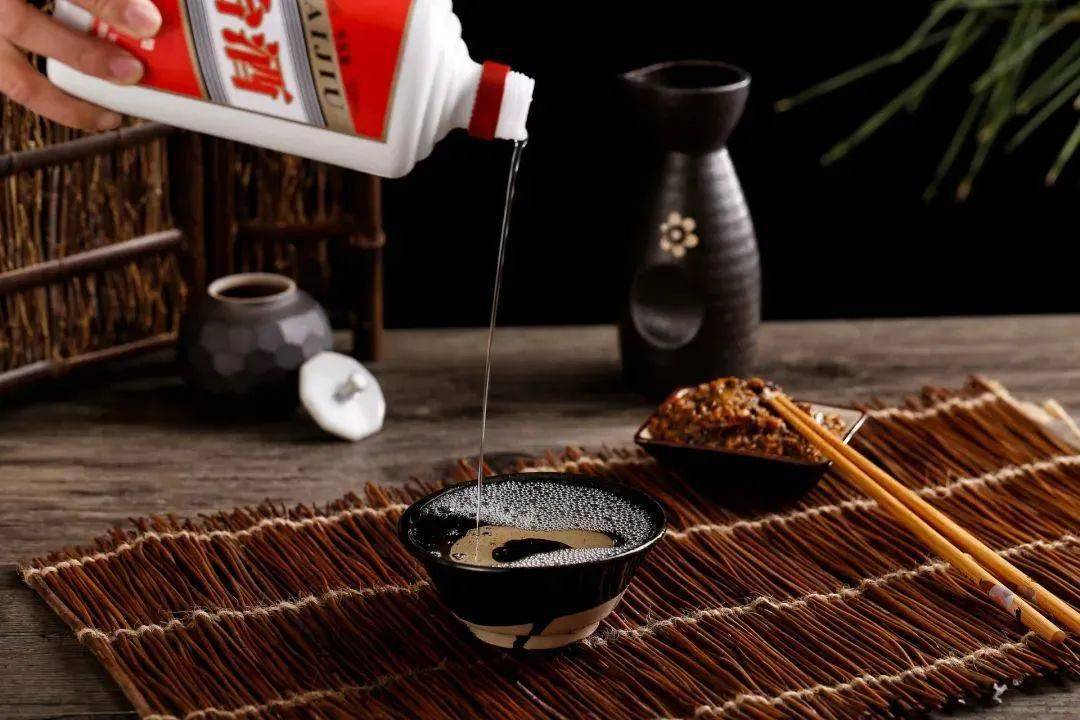 The culture city is home to more than 5,000 plaques, paintings and works of cultural relics, which systematically introduce the development process of the Chinese liquor industry in the past dynasties and the allusions related to politics, economy, culture and folk customs in Chinese history.

It condenses the brilliance and essence of China’s 5,000 years of liquor culture, and reflects the development course of Moutai liquor. It’s currently the biggest liquor culture city in the world. 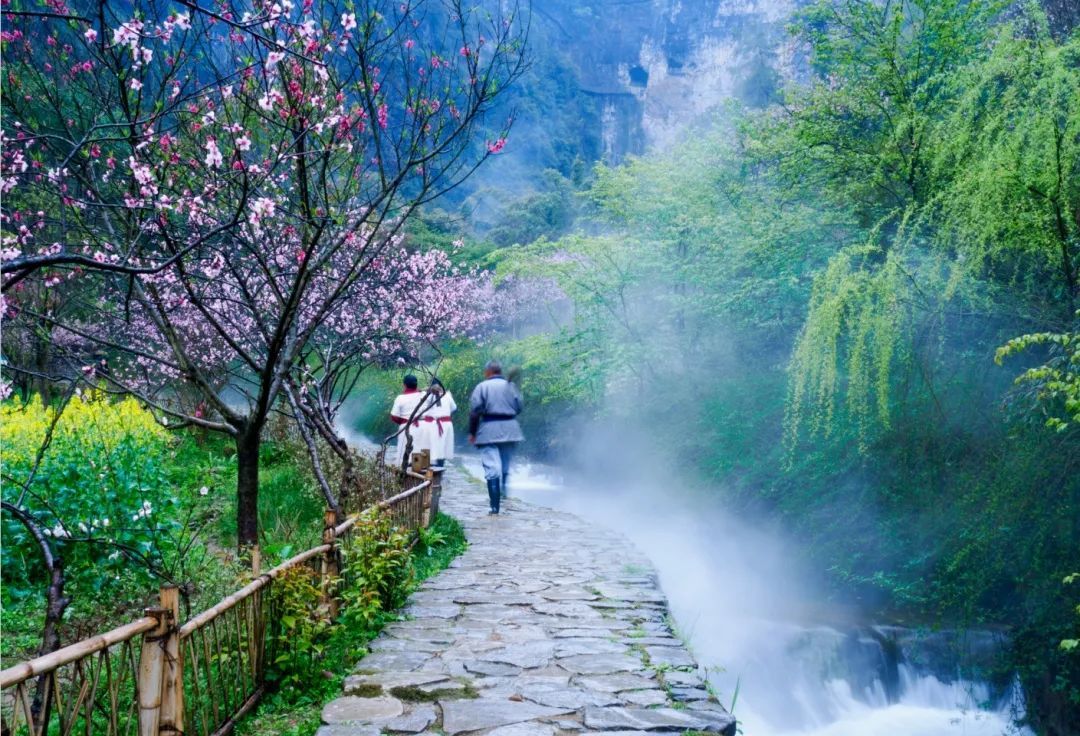 Located in the mountainous area of Youyang Tujia and Miao Autonomous County, in Chongqing, Taohuayuan, which means peach flower garden in Chinese, is a national 5A scenic area. Many people believe that it’s the prototype of the “heaven on earth” mentioned by the great poet Tao Yuanming who lived during the Eastern Jin Dynasty (317-420).

This area is a tiankeng (a large sinkhole) in the karst landform, linked to the outside world through caves. When tourists reach here and see the suddenly open area with charming views, they are surprised by the heavenly beauty of the place.

According to native people, the Taigu Groto started to form 300 million years ago. It’s currently the oldest karst cave in China. 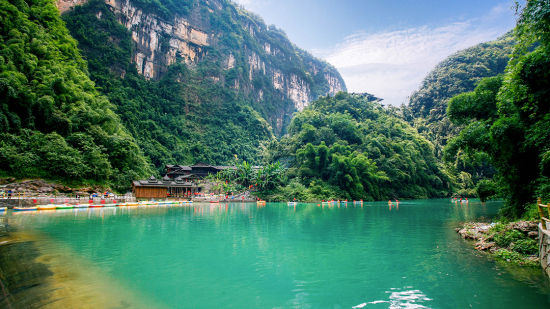 Abounding with mountains, streams, trees, fountains and canyons, the Ayi River Scenic Area has integrated its natural beauty with folk culture to develop tourism industries. In 2008, it was rated as one of the “top 10 favorite tourist sites in Chongqing” and one of the “top 10 tourist routes.”

Here, you can take a river ride on the bamboo raft, explore the stalactite cave, raft down the rapidly-flowing river, hike along the 300-meter-deep gorge, or pay a visit to the local village featuring ethnic customs.