A Russian teacher’s connection with the city might have been formed at the moment when the Shenzhen Municipal Government signed a contract with the Moscow State University (MSU) and Beijing Institute of Technology to jointly build a university in Shenzhen back in 2014.

Ekaterina Nadezhkina, usually called Ekaterina, finally came to Shenzhen at the end of 2016 as a member of the first delegation from MSU to prepare the establishment of Shenzhen MSU-BIT University (SMBU) in Longgang District. 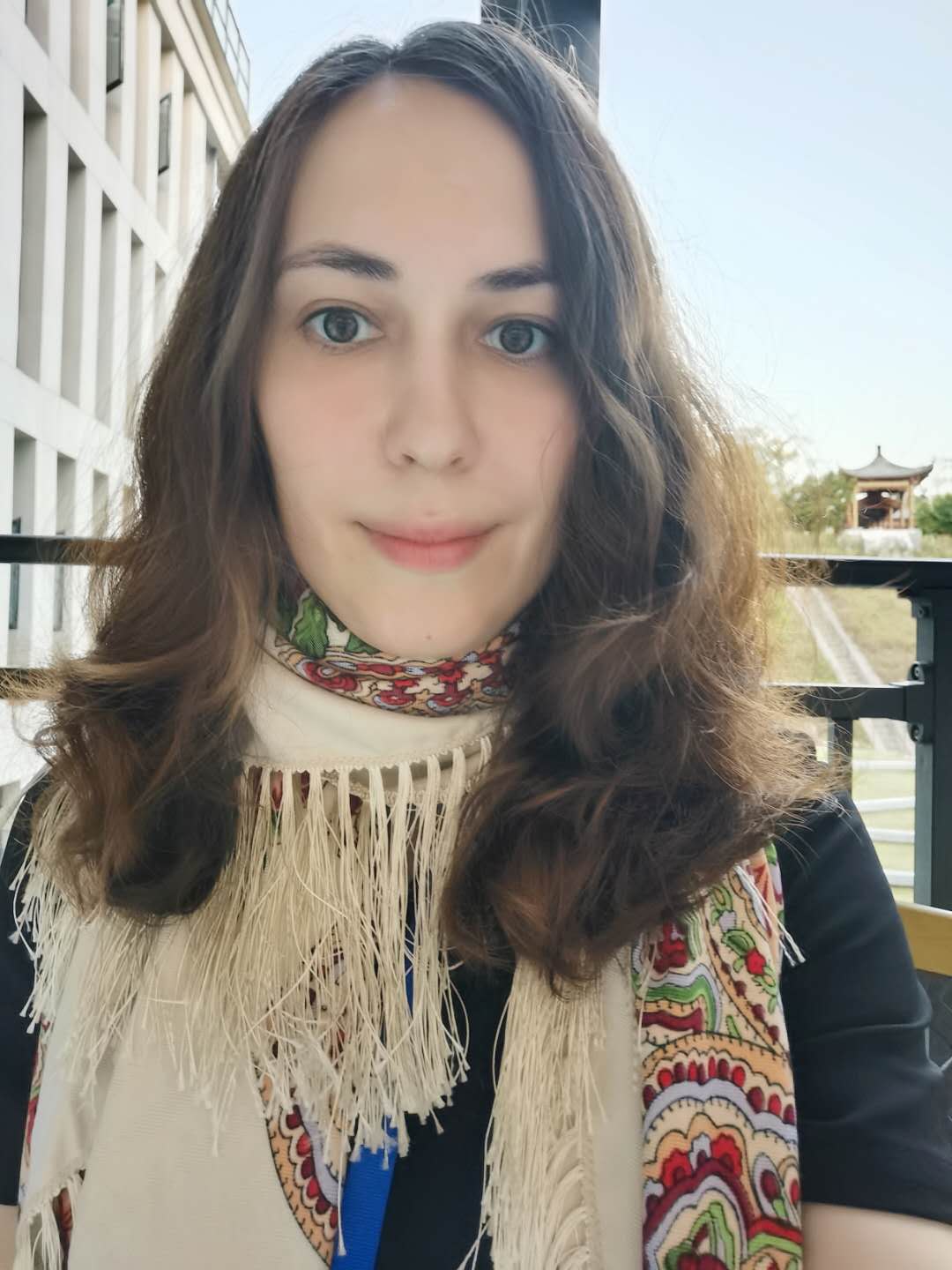 Ekaterina, deputy head of the academic affairs department of SMBU, said that when she first arrived in the Dayun area of Longgang, there was nothing in the area — with almost no place to eat, no department stores with imported goods, and no place to go for an evening with friends or colleagues.

“The district now is developing right in front of me with new neighborhoods being built, new skyscrapers rising to the sky and new restaurants and shops opening their doors to customers,” said Ekaterina while adding that “new universities are also bringing the spirit of science and academic community to Longgang.”

In Ekaterina’s eyes, Shenzhen is a city of “eternal spring.”

Ekaterina said that one day she was woken up by the noises from building sites near her house but suddenly realized that the noises were also the sounds of development.

Reading and travelling are two things Ekaterina favors doing in her spare time.

Her curiosity about Chinese culture was intrigued by a classic Chinese novel titled “Three Kingdoms.” Ekaterina said that Zhuge Liang is her favorite figure in the book.

So far, Ekaterina has traveled to many cities in the country, including Luoyang, Chengdu, Beijing, Guangzhou and Changsha.

In addition to Russian, her mother tongue, and English, Ekaterina speaks Chinese, Japanese, French and Spanish.

The city’s fast development in architecture and infrastructure also makes Ekaterina believe that Shenzhen is a city of the future.

“Shenzhen is a stunner. It is clean and safe. I am always inviting my friends to come here and look for themselves at this beautiful city.”

“Some of my friends established their own companies here. I think this suggests a good thing which is that foreigners have legal ways to do what they want to do in Shenzhen,” said Ekaterina.

Being asked about the time spent with Chinese students, Ekaterina observed that they are disciplined and eager for knowledge.

“They study a lot. But what surprises me is that they also find time to make some extracurricular activities. One of our top-score students is also very good at dancing and formed a dance club in our school,” said Ekaterina.

Ekaterina also mentioned a girl who once told her that she is the first person in her family able to graduate from university.

“She told me that she was actually inspired by a Russian book titled ‘How The Steel Was Tempered,’” said Ekaterina. “I felt really touched when hearing this.”