Tamdrin, a 20-year-old man in Sichuan Province, recently became a social media star in China after a video of his bright smile had gone viral. The instant national fame of the Sichuan Tibetan young man also made multiethnic Sichuan Province with its picturesque landscapes popular again. Now a new exhibition at the Shenzhen Museum is showcasing 243 pieces of relics unearthed from tombs of two Tusi clans in Sichuan Province, giving visitors a glimpse into the ancient Tusi system in ethnic minority areas in China.

The Tusi system dates back to the 13th century and was a political regime adopted by emperors to govern ethnic minority regions, mainly in Southwest China. Its purpose was to unify the national administration, while allowing ethnic minorities to retain their customs and way of life. Tusi was an imperial official appointed by the central reign and they could hand down their power to generations. Before the Tusi system, the similar Jimi system was used between the Qin Dynasty (221-207 B.C.) and the Song Dynasty (960-1279) for the emperors to rule over far-away ethnic minority lands. They either used tribal leaders to rule over tribes or used the Han officials who conquered to rule over the people they conquered. Chieftainship was abolished in the Qing Dynasty (1644-1911). In 2015, three well-preserved Tusi sites in Hubei, Guizhou and Hunan provinces were added to the UNESCO’s World Heritage List.

Co-organized by the Shenzhen Museum, the Sichuan Museum, Sichuan Provincial Archaeology Institute, the Mianyang Museum and the Bao’en Temple Museum, the exhibition features relics from tombs of the Wang Xi and Xue Jixian clans in Pingwu County, Mianyang City. Both Wang and Xue were Han officials, not members of ethnic minorities. Wang ordered to build the Bao’en Temple in Pingwu in 1440. 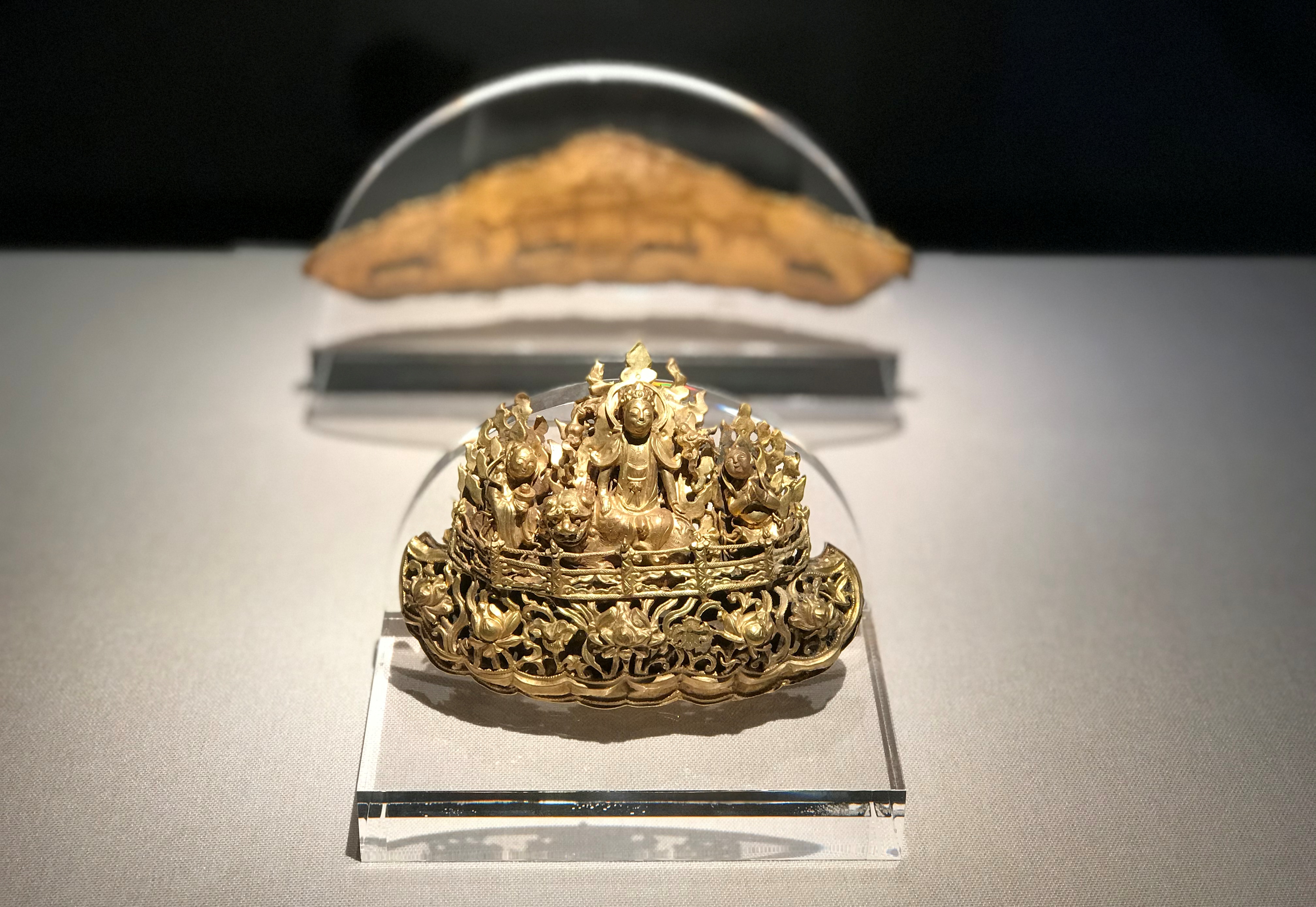 Ancient brick carvings are commonly seen in museums and most have lost their colors, but at this exhibition visitors can admire brick carvings with brightly colored reliefs. According to an exhibition staff member, thanks to archaeologists’ protection during the excavations, the colors on the bricks have been successfully preserved and as long as the humidity and temperature in exhibition cabinets are constant, the colors on the ancient bricks will not fade.

The custom of decorating tomb chambers with brick carvings and murals in Tusi tombs in the Ming Dynasty (1368-1644) was inherited from the tomb custom in the Song and Yuan (1271-1368) dynasties. Banquet and life scenes on the brick carvings present a vivid picture of Tusi clans’ lives in the Ming period. 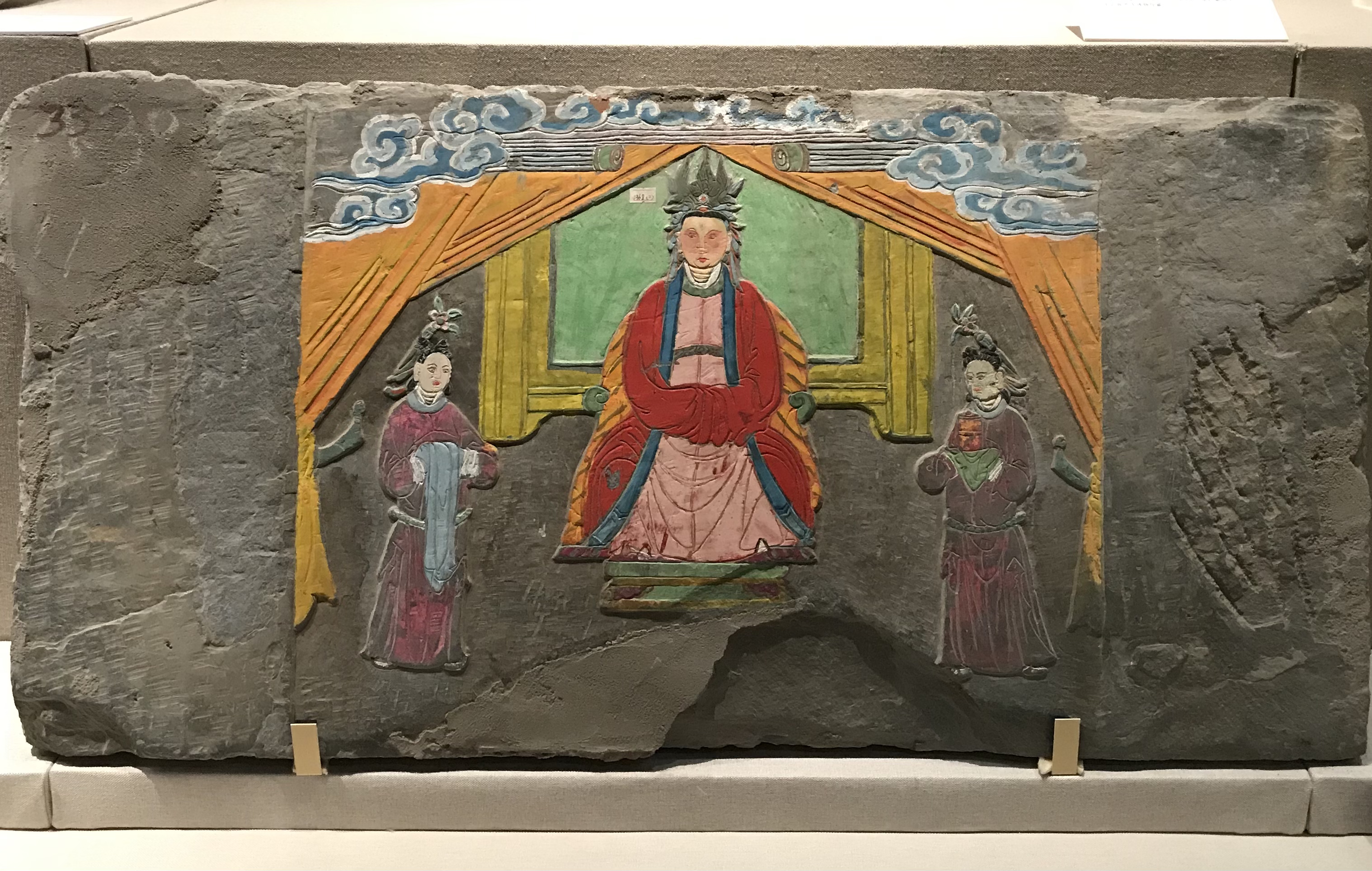 Gold accessories are the most captivating part of the exhibition, which attracted many visitors leaning over to observe the exquisite treasures. An 18.4cm-long crown is carved with 40 hollowed-out figures to depict a grand night-out scene. The glittering crowns, complex accessories and belt decorations all show aspects of the Tusi clans’ luxurious lifestyles and the prosperity of the Ming Dynasty.

The exhibition is free to enter and visitors are required to book on the WeChat account “iszbwg” in advance.