A low countries blogger finds the high life in SZ

You wouldn’t think he is a typical Dutchman when hearing him speak in Shenzhen-accented Mandarin without seeing his strong build, and he sees himself a Shenzhen zai (young man) despite his European look. 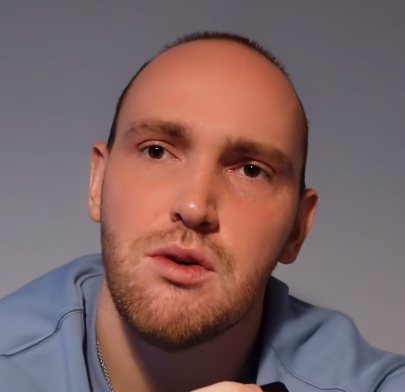 Sander Kole, 26, has been a popular blogger in Shenzhen, with 3 million followers on Douyin (the Chinese version of Tik Tok) and more than 250,000 fans on bilibili.com, two of the most active social platforms for the young generations in China. He had been first known as a local food blogger before gradually expanding his blogging topics.

Kole is an interesting and optimistic young man with a sense of humor, said Sissi Lin, a former colleague of the Dutchman at a local social media company. Kole, however, had not always been so, and that was the reason why he came to Shenzhen in the first place. Moving to Shenzhen almost 20 years ago is one of the biggest changes to his life, Kole said.

According to the blogger, he was diagnosed with a hereditary disease when he was a toddler, which made his jawbones keep growing. Because of the affliction, cherubism, all of his childhood friends in the Dutch village where he lived stopped playing with, and stayed away from him. “They would look at me like I was a freak and laugh at me,” said Kole, adding that it was really hard for a 5-year-old boy.

Kole talked his father into taking him to Shenzhen, as he was working there. He didn’t have any expectations about life in Shenzhen, but simply wanted to flee the unkind environment he was in. “I wasn’t sure people here in China wouldn’t say mean things about me, but even if they did, I wouldn’t understand any way. So I thought why not go live there.”

Kole came, and, to his surprise, made a few friends at the international school which he attended in Shenzhen. “People I met here were different,” he said, adding that none of them treated him differently from a regular expat boy in the city. “I had a really happy time after settling in Shenzhen with my father,” he recalled.

Kole’s disease became more serious when he started junior high school. He had an enlarged chin that made him look like an obese teenager. “But life wasn’t bad for me at that time,” he said.

The doctor did a lot of research before performing a surgical operation to remove his enlarged jawbones.

“I was super happy,” said Kole, adding that he regained confidence after the successful operation.

Kole became a blogger and has made more than 700 videos in three years’ time. “It is not as easy as it seems to be a blogger,” he said, “as you will need a group of friends who share your interest, which I think I am lucky to have these people to work with me in blogging.”

Blogging is rewarding and fulfilling to Kole, especially when he sees positive responses from his followers. “It will be very inspiring to see over 10,000 danmus, (or ‘bullet comments,’ synchronized messages left by viewers over videos) about a video you’ve made and uploaded online,” he said.

Kole chose to stay in Shenzhen when his father relocated his bicycle business back to the Netherlands in 2017 as he didn’t want to leave the city which he grew up in, which has changed his life and given him confidence. “I want to develop my career here and do something of my interest here,” he said.

However, pressure on Kole was substantial after his father moved back to the Netherlands. “I had accompanied him for all my time in Shenzhen. It will be so stressful when thinking that I am not around in case he needs me. He’s getting old,” he said, referring to the second wave of the global pandemic that hit European countries hard.

In September, Kole decided to go back to the Netherlands and help with his father’s bicycle business in the family studio. “My father has been one of the most important people in my life,” he said, because it was through his father that he had the opportunity to move to Shenzhen and have a happy childhood. “And more importantly, he always encourages me to try new things,” he said.

Kole attributes his choice “the toughest in my life” to relocate back to the Netherlands, partly to the Chinese family value that he learned in China: “family members are always the most important.”

Kole has been gradually adapting to life in his mother country although he “really misses Shenzhen.” He had tears in his eyes when he said it.

He keeps doing videos on fun stuff in the Netherlands for his Chinese followers. He wants to tell them “life is f****** beautiful, so smile more!”