A total of 100 paper-cutting works created by folk artists from the Guangdong-Hong Kong-Macao Greater Bay Area are on display at an exhibition, reviewing the great history of the Communist Party of China (CPC).

The works featuring historical events from 1921 to 2021 present a panoramic review of the profound progress of Chinese people’s painstaking efforts and achievements under the CPC’s leadership. The exhibition also looks forward to the promising future of realizing a modern socialist country. 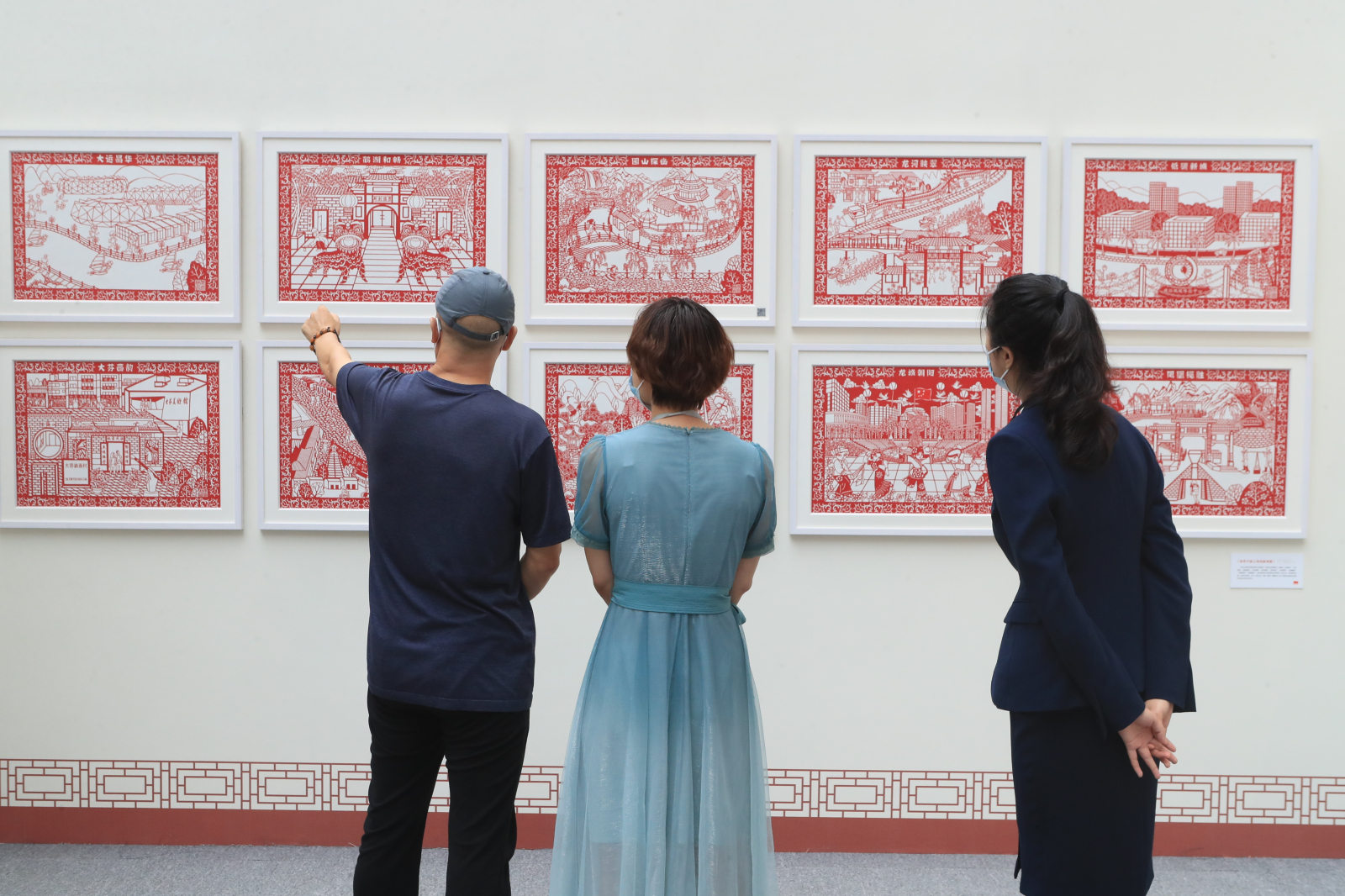 Part one (1921-1949) displays the struggle that the Chinese people, under the leadership of the CPC, made to achieve victories in the Nationalist Revolution, the Agrarian Revolutionary War, the War of Resistance Against Japanese Aggression and the War of Liberation. Part two (1949-1978) focuses on the socialist construction after the founding of the People’s Republic of China.

Part three (1978-2012) shows the great achievements China has made since the CPC adopted the reform and opening-up policy. Part four (2012-2021) reflects on how socialism with Chinese characteristics entered the new era, particularly the country’s achievements in the elimination of absolute poverty, the green development concept and its strong commitment to advancing the building of a community with a shared future for humankind. Photos from the organizer.

The CPC’s leadership in the monetary and financial sectors in those areas had activated the economy and guaranteed the financial and material support to the wars. It is a unique chapter in the history that involved the CPC uniting and leading Chinese people in land reform, revolution and construction, which safeguarded people’s livelihood and gradually consolidated the cornerstone of the financial development in New China.