Created by choreographer Tian Tian, “Yong III” is part of her “Yong Series.” The first two shows of the series were inspired by dancing figurines unearthed from Han Dynasty (206 B.C.-A.D. 220) tombs.

“Yong III” comprises eight dances: “Adorning Hair With Flowers,” “Tang Palace Concert,” “The Beauty,” “Delight in Dancing,” “Beyond the Great Wall,” “Walk and Sing,” “The Aristocrat in Shenyi” and “The Tage.” Each dance is inspired by a certain scene in ancient paintings and figurines. 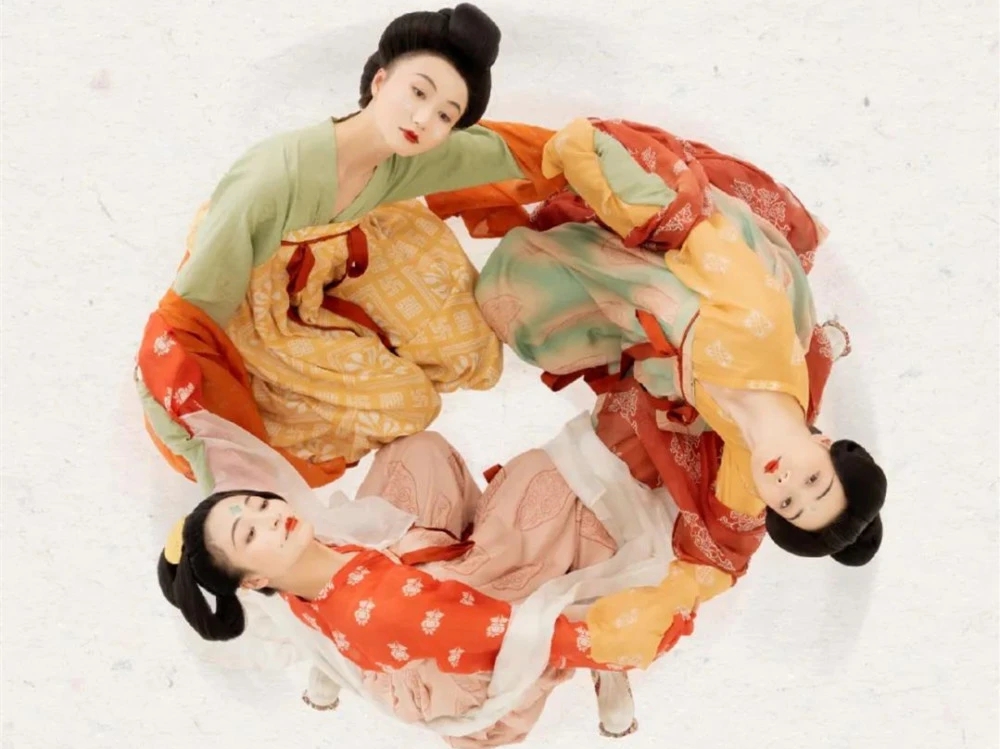 Unlike the two previous “Yong” creations, which balanced reviving the dance figures in a contemporary way while maintaining a feel of antiquity, “Yong III” seeks a connection to the future, which is showcased in music and stage effects. The production features fluorescent custumes, flowers made of PVC material, neon light frames and the fusion of futuristic sounds with traditional folk music.

Tian said in an earlier interview that the connection between antiquity and the future already exists in ancient artworks, if one searches for it. “When I was looking at relics unearthed from the Changsha Mawangdui Han Dynasty Tomb, I noticed in a painting how the trim on clothing had a touch of fluorescent orange,” she said. “It might be caused by the staleness of the paint, but both the shape and color of their dress looked modern. So I used that in the ‘The Aristocrat in Shenyi’ section.”

She added: “Another example is Song Dynasty (960-1279) painter Liang Kai’s portrait of Tang Dynasty poet Li Bai. The poet’s shape was created with one simple stroke, which fits a modern aesthetic taste well. I took it as reference when designing costumes for ‘Walk and Sing.’”

“To create a futuristic aura while maintaining the taste and smoothness of Han-Tang classical dance was my goal in working on ‘Yong Series,’” said Tian.