Chinese gongbi paintings by Li Dacheng are on display at the “Meditation and Expression on Nature” exhibition at the Shenzhen Art Museum.

Peacocks are Li’s favorite subject, and his meticulous brush technique is perfectly manifested through the depiction of the soft and intricate feathered tails of peacocks. “Birds and flowers are the common subjects in traditional Chinese paintings, and peacocks are the ‘king of birds,’” said Li. “I went to Xishuangbanna in Yunnan Province in 1992 for sketches, and it was the first time that I saw a real peacock. I was overwhelmed by its beauty and elegance.” 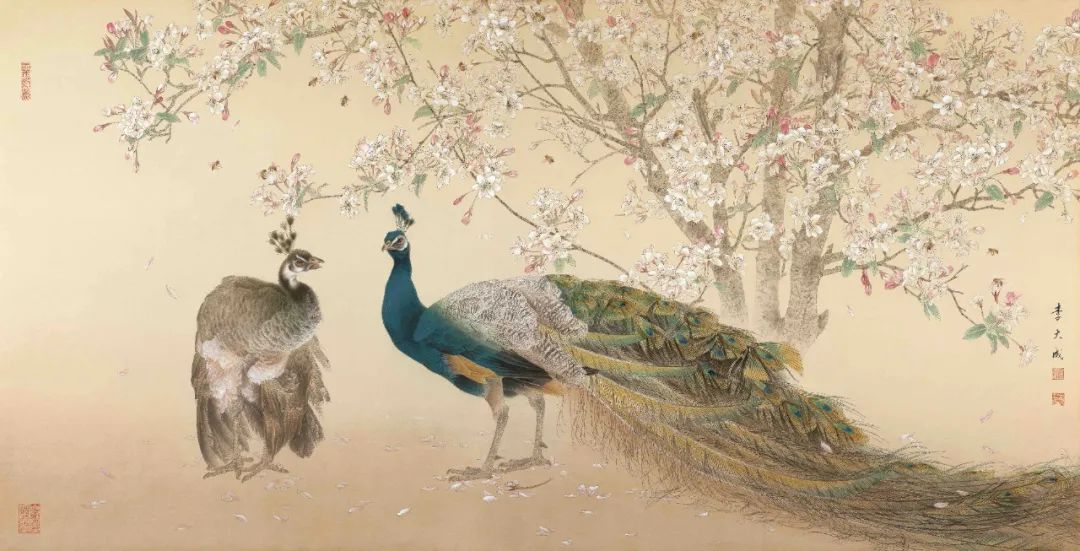 Born in 1966 in Liancheng County, Fujian Province, Li studied at the People’s Liberation Army Art Academy (now the National Defense University PLA China), and was tutored by Yu Jigao, one of China’s top traditional Chinese painters. “I am grateful that the training and experience in the army gave me a strong body so that I could sleep less,” he said. “Most of my creations were done at night or midnight.”

Unlike his peers, Li lives a quiet and simple life, shying away from the spotlight. “Painting is my true passion, and I want to save every moment on the rice paper. Traditional Chinese gongbi painting demands a great deal of time; every brushstroke depicting feathers and petals needs a full focus and patience.”

Li has won numerous national painting awards from 1989 to 2016 and his works have been collected by art associations and private collectors.