The unpredictability of life, underscored by the COVID-19 pandemic, prompted Purnima Gangam, who prefers to be called Pooni, to write a letter to her son.

“Money, jewelry, and things will just disappear. I want to give my son something that he would cherish,” Pooni said lovingly. 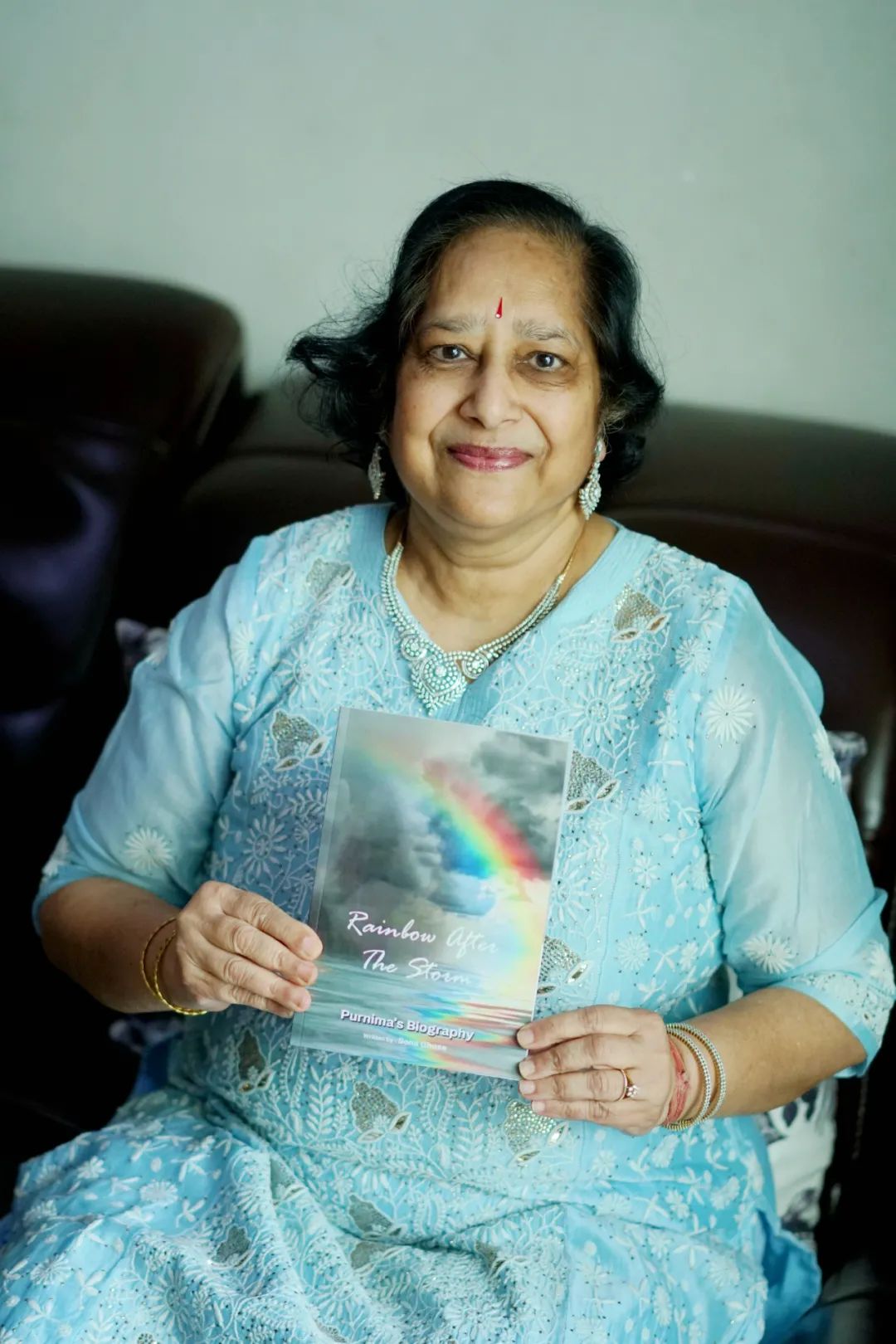 Within six months, this letter eventually turned into the book “Rainbow After the Storm” – Pooni’s biography – an account of her life struggles across three continents. Born and raised in India, Pooni worked in Scotland for 30 years before joining her husband Mahesh Gangam in Shenzhen in 2011, which is the same year in her advanced maternal age she gave birth to their son Prathik. Since then, her primary focus has switched to taking care of the family.

Contrary to the stereotypical image of a housewife, too often associated with vulnerability and depression, Pooni presents herself with incredible strength and joy. She firmly believes that the change lies within her and that she could survive anywhere. This belief helped her to make the decision to follow Mahesh to a seemingly daunting foreign land, where she knew nothing of the native language and no one else other than her husband.

Pooni has overcome the barriers, attributing it greatly to Mahesh’s encouragement.

She made new friends by reaching out to neighbors with free English lessons and delicious Indian food. The friendliness within the neighborhood and a bit of body language connected people quickly. Now, she is happily settled in Shenzhen, enjoying her family.

In her biography, Pooni detailed all the challenges she had been through before her marriage with Mahesh, whom she sees as the “rainbow after the storm” in her life. She wishes to convey the following message to her readers: “Have faith, and never give up.”

As to her son, she also wants him to learn how his parents met each other. Pooni plans to present this book to Prathik, along with a flower bouquet, as his birthday gift when he turns 18 years old. She earnestly hopes that he would then be mature enough to appreciate her life story, free of misunderstanding.

In addition to keeping the book from Prathik until his adulthood, the real challenge to the book was other people’s opinions about it, especially their close relatives. For this reason, all the names of the characters other than nuclear family members were altered. Over and over again, Pooni expressed her gratitude to Mahesh for his unwavering support in the process of inking and publishing her biography.

The book is expected to be released in April via Amazon kindles, available in 30 countries, including Canada, Germany, France, Spain, Italy, Japan and Australia. Readers in China and other countries can access it through Ingram, a book publishing platform.