The Shanghai Quartet, one of the world’s foremost chamber ensembles active for the past 39 years, will bring a night of time-honored classics to local audiences this Sunday. Their elegant style, impressive technique and emotional breadth allow the group to move seamlessly between masterpieces of Western music, traditional Chinese folk music, and cutting-edge contemporary works. 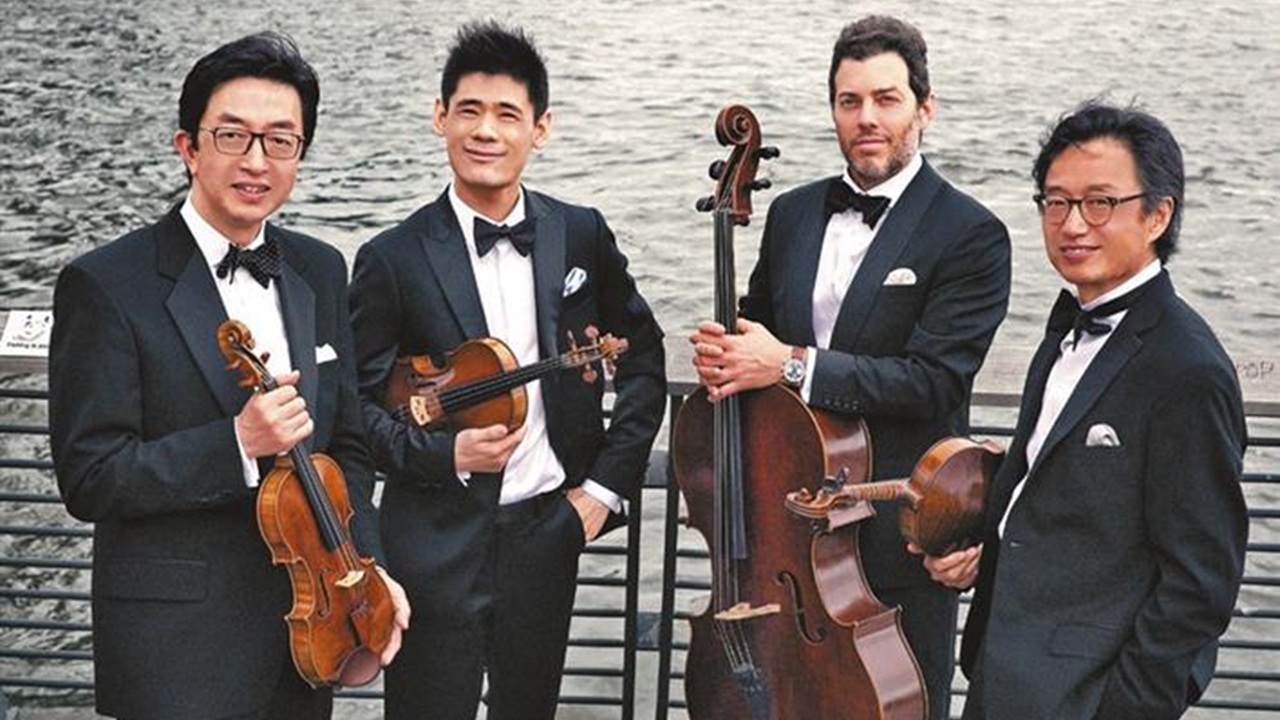 Composed in 1824, “Death and the Maiden,” set into four highly-contrasting movements, challenges any quartet to some serious work. Through character development, storytelling and complex music, the work remains one of Schubert’s finest chamber works.

Known as the “father of string quartets,” Haydn used this music form as a laboratory to test new ideas and methods and hone the glorious tools of his trade. Considered one of the composer’s crowning achievements, “Rider” is an equal opportunity employer, giving full display of the virtuosity of all four instruments.

Zhou, who was awarded the 2011 Pulitzer Prize for Music, is famous for creating music that blends the two cultures of East and West. His “Chinese Folk Songs” for string quartet is based on traditional Chinese folk songs. Each of eight movements was inspired by a specific song, taking one of three main forms: “shange” or mountain songs, “haozi” or working songs, and “xiaodiao” or songs for entertainment. Audiences will hear such familiar tunes as “Jasmine Flower” and “A Single Bamboo Can Easily Bend.”

Formed at the Shanghai Conservatory of Music in 1983, the ensemble made their name in 1985 after winning an award at the International String Quartet Competition in Portsmouth. Since then, the quartet has performed nearly 3,000 concerts worldwide and released 35 recordings.

In 2002 they became the quartet-in-residence at the John J. Cali School of Music at Montclair State University. In 2020, the Shanghai Quartet ended their residency, returned to China and joined the Tianjin Juilliard School as resident faculty members. The quartet is also the ensemble-in-residence with the Shanghai Symphony Orchestra.