A total of 18 Shenzhen enterprises each recorded an annual revenue of over a whopping 100 billion yuan (US$14.1 billion) last year, according to a 2022 list of Shenzhen’s top 500 companies.

The list and its report were released at a press conference held by Shenzhen Enterprise Confederation and Shenzhen Entrepreneur Association on Wednesday. It is based on the ranking of the firms’ annual revenue in the previous year.

Among the 18 giant companies, Ping An Insurance Group of China continued to lead the group as the only one that posted over 1 trillion yuan in turnover.

The list recorded two new 100-billion-yuan-revenue firms, taking the citywide total to 18. These companies received a total 6.25 trillion yuan from their businesses, accounting for 61.52% of all the enterprises on the list amounting to 10.16 trillion yuan.

The four leading companies that raked in over 100 billion yuan in profits are Tencent, China Merchants Bank, Ping An and Huawei. Their profits totaled 657.23 billion yuan, 52.86% of the firms’ total sum of 1.24 trillion yuan. 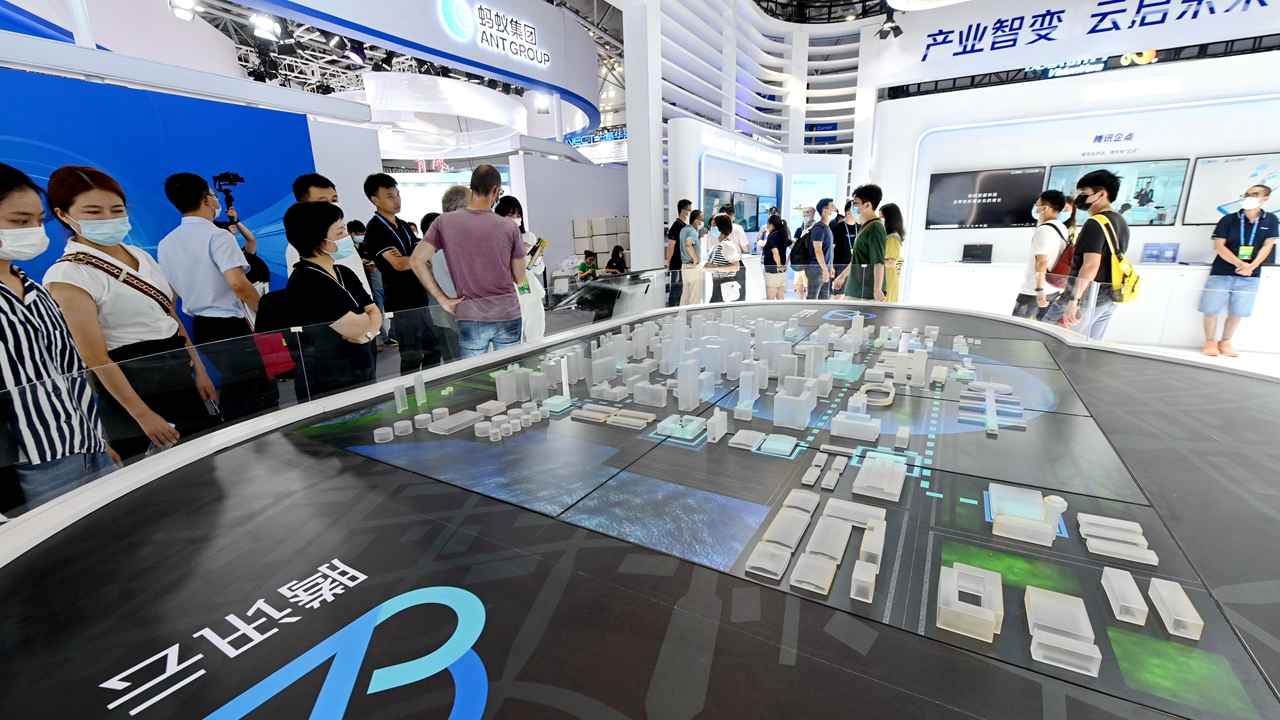 A Tencent booth features its cloud business at a fair in Fuzhou, Fujian Province, on July 24. Xinhua

The average gain of the companies on the list stood at 2.49 billion yuan, with 47 reaching the level.

According to the data, Shenzhen’s enterprises continued to increase research and development (R&D) investment. The top 500 enterprises tallied nearly 370 billion yuan in R&D input, up 16.33% year on year.

The number of patents hit a new record, with 402 companies filing for 359,300 patents. A total of 206 companies have taken an active part in setting up 2,724 national and international industry standards, as per the report.

In terms of R&D investment, Huawei topped the list with 142.7 billion yuan, followed by Tencent with 51.88 billion yuan. ZTE, Ping An, Foxconn, and BYD pumped over 10 billion yuan into their R&D.

The list included 258 enterprises in the city’s strategic emerging sectors and industries of the future, with intelligent terminal firms leading with 62. On the other hand, no company made it to the list for industries of the future, including cell and gene therapy, space technology, brain science and brain-like intelligence, and quantum information.