Priyasha Sharma, an Indian youth currently studying at Shenzhen University (SZU), said in an interview with Shenzhen Daily on Tuesday that she is always proud to share her stories of Shenzhen whenever she gets a chance.

Sharma participated in the Shanghai Cooperation Organization (SCO) Youth Talk: Growing Together via video link earlier this month. In June, she was invited to attend a side event of the SCO Youth Technology and Innovation Forum held in Qianhai and delivered a speech at a sharing forum. 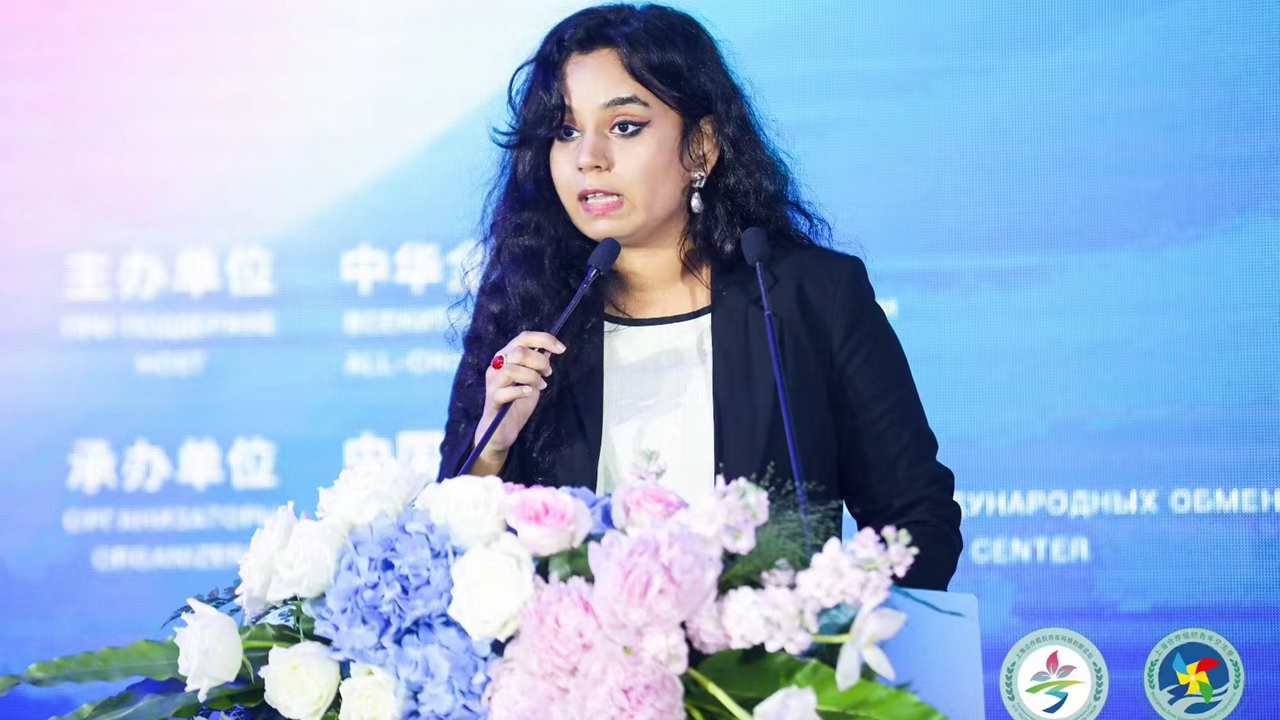 Priyasha Sharma speaks at a side event of the SCO Youth Technology and Innovation Forum held in Qianhai in June. Courtesy of the interviewee

“I love to talk about Shenzhen because I personally feel that Shenzhen is a young city, where young people strive to be the leader of time, work hard, run hard on the track of youth and strive for a better future of their own,” Sharma said in her speech. “These young people represent the present and the future of Shenzhen.”

Sharma came to Shenzhen in 2015 to pursue her bachelor’s degree at SZU. She is currently studying for her master’s degree at the university. When Sharma recalled her past seven years in the city, she said Shenzhen has offered her so much that it was hard to express in words.

“Shenzhen is a city that never sleeps and has the courage to pursue and struggle for its dreams. The pursuit of career and the desire for success may become the goal of a migrant worker. This is their habitat, but also their arena. All these pursuits are related to the flourishing market and the cultural context of a city,” Sharma said, adding that whenever she gets a chance, she will tell people why she chooses Shenzhen.

During the SCO Youth Technology and Innovation Forum held in Qianhai in June, Sharma was also invited to visit local tech companies with youths from other countries and was inspired by the fast development of Shenzhen’s digital economy and its scientific and technological advances.

India will take over the rotating SCO presidency in 2022-2023. Sharma said she is proud to be a SCO youth representative.

“In the context of globalization, the youth plays an important role in promoting economic development and cultural exchanges among SCO member states. I would like to participate in more SCO-related activities,” the Indian youth said.