President Xi Jinping recently announced that China will build an international mangrove center in Shenzhen. Wetlands play an important role in ecological systems and in recent years Shenzhen has been stepping up wetland protection. This weekend, let’s explore some local parks with picturesque wetlands. 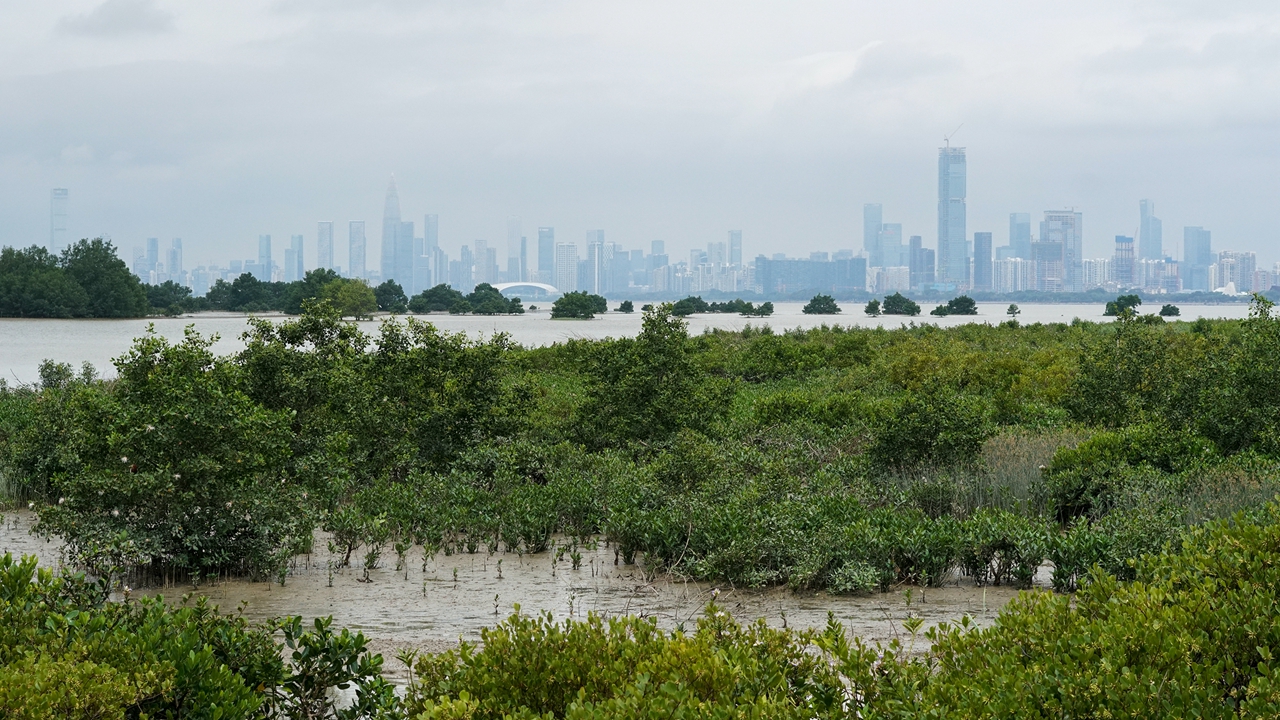 Shenzhen is an important stopover for migratory birds’ journeys along the East Asia-Australia Flyway. There are more than 100 species of birds and about 100,000 migratory birds flying here to spend the winter. The nature reserve, a paradise for birds and home to a wide range of plants, has been acclaimed for many years as one of the 10 most beautiful wetlands in Guangdong.

Metro: Line 7 to Shawei Station (沙尾站), Exit B, and then walk southward for 1.1 km 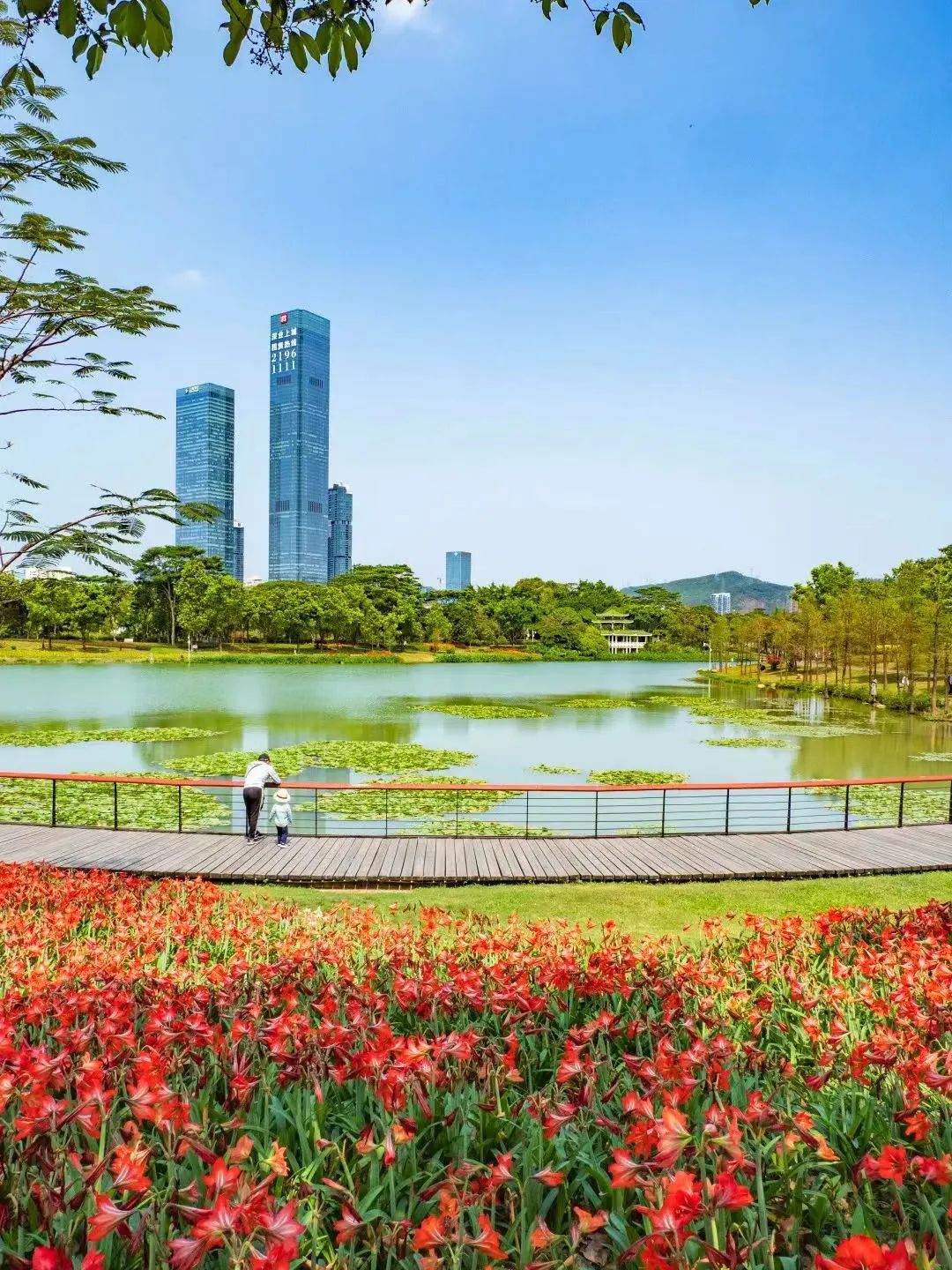 Covering 147 hectares, Shenzhen Central Park is in the heart of Futian District. With lots of greenery, lakes and Futian River, the park is spacious and peaceful, and has multiple entrance gates. 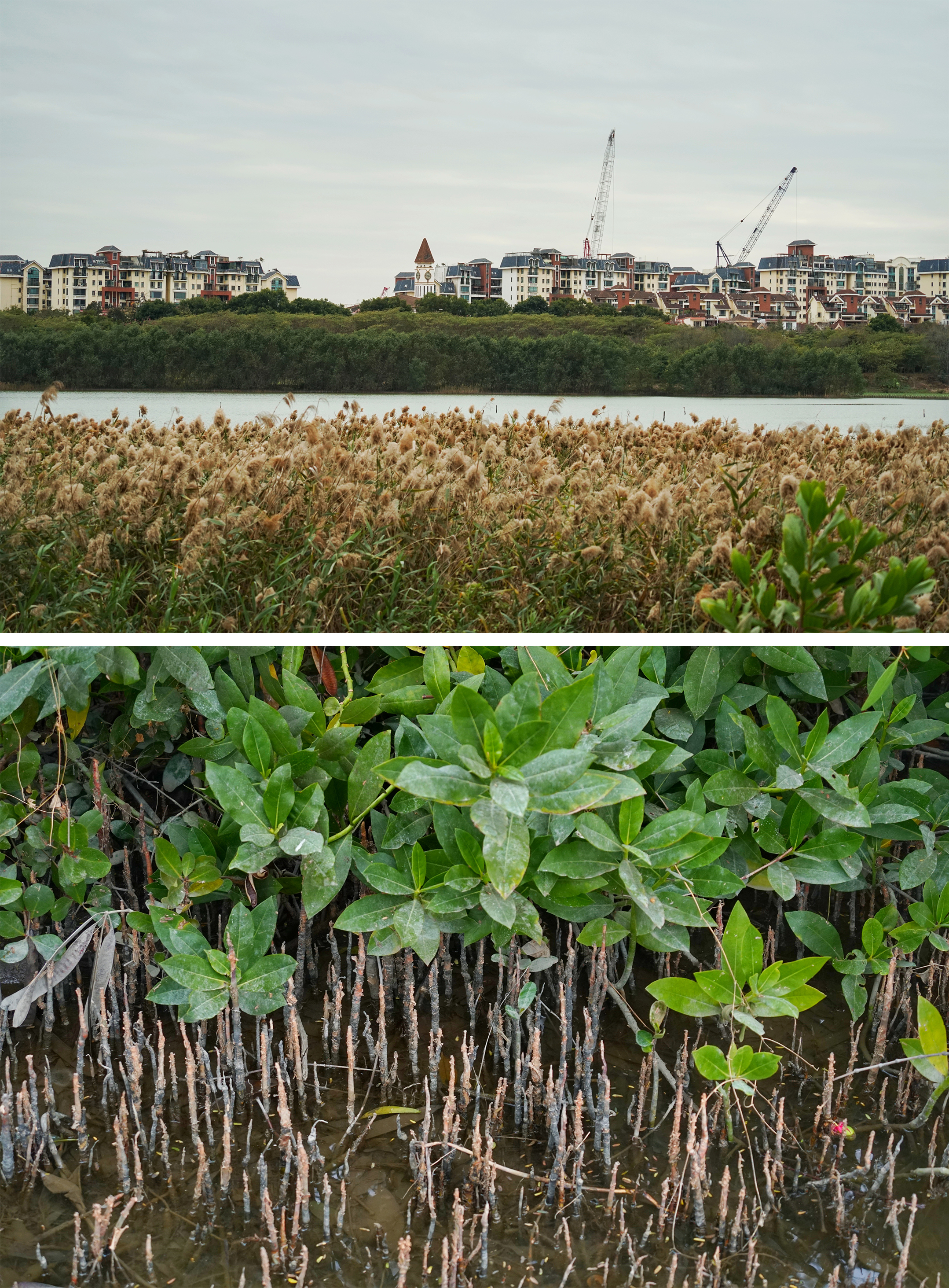 In Overseas Chinese Town, there are not only Window of the World and Happy Valley but also a national wetland park. Its 50,000-square-meter mangrove wetland is an important habitat for birds. An exhibition hall, bird-watching spots and a school in the park help the public know more about wetland natural resources. The park also snatched Star Wetland Centre Award this week. Make an appointment on the park’s WeChat account “OCT_Wetland” before your visits. The Futian Mangrove Nature Reserve connects Shenzhen Bay Park in the west, which forms a pretty large area. Along the meandering mangroves, visitors can have spectacular views of migratory birds gathering here from September to May every year. The park is a perfect place for people to ramble and experience nature. The Mangrove Coastal Ecological Park (红树林海滨生态公园) and the Sunrise Theater (日出剧场) areas in the massive Shenzhen Bay Park are popular places to observe birds. 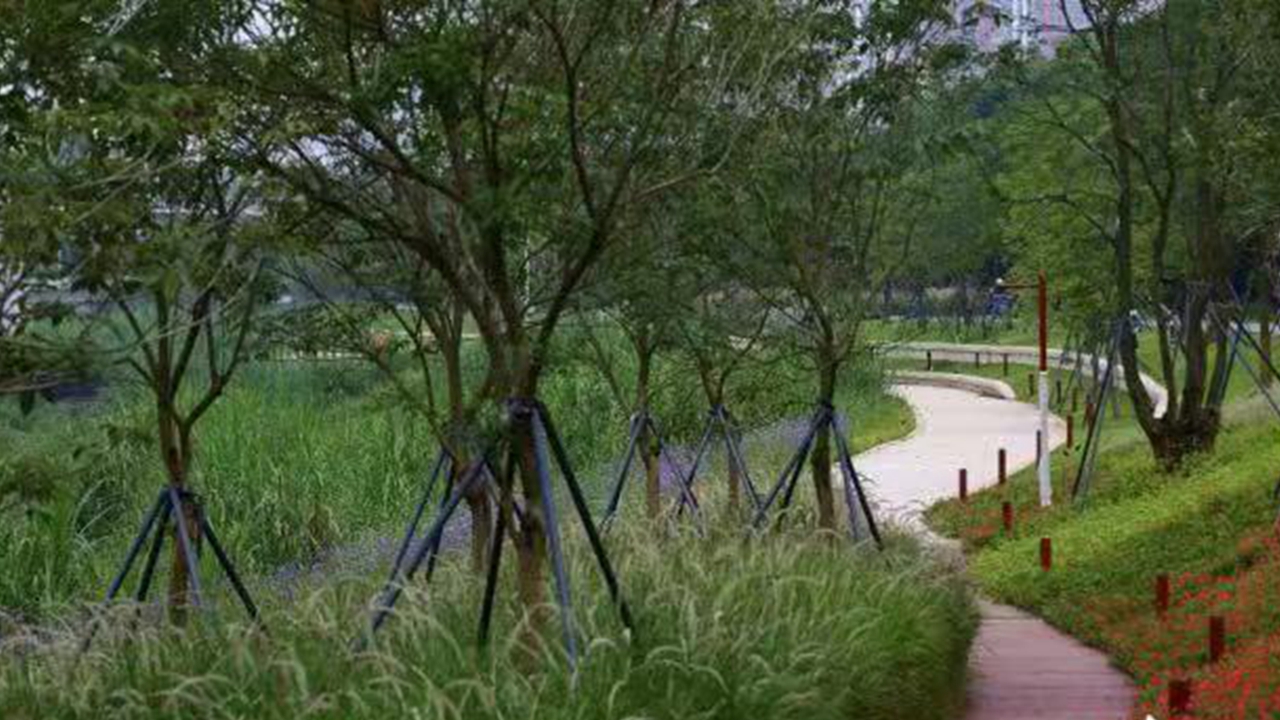 As part of the Dasha River Ecological Corridor, Jiuxiangling Wetland Park is located north of Liuxian Boulevard and west of Dasha River. The park has a lake and greenway, providing residents a spot for relaxation and an opportunity to get close to nature. 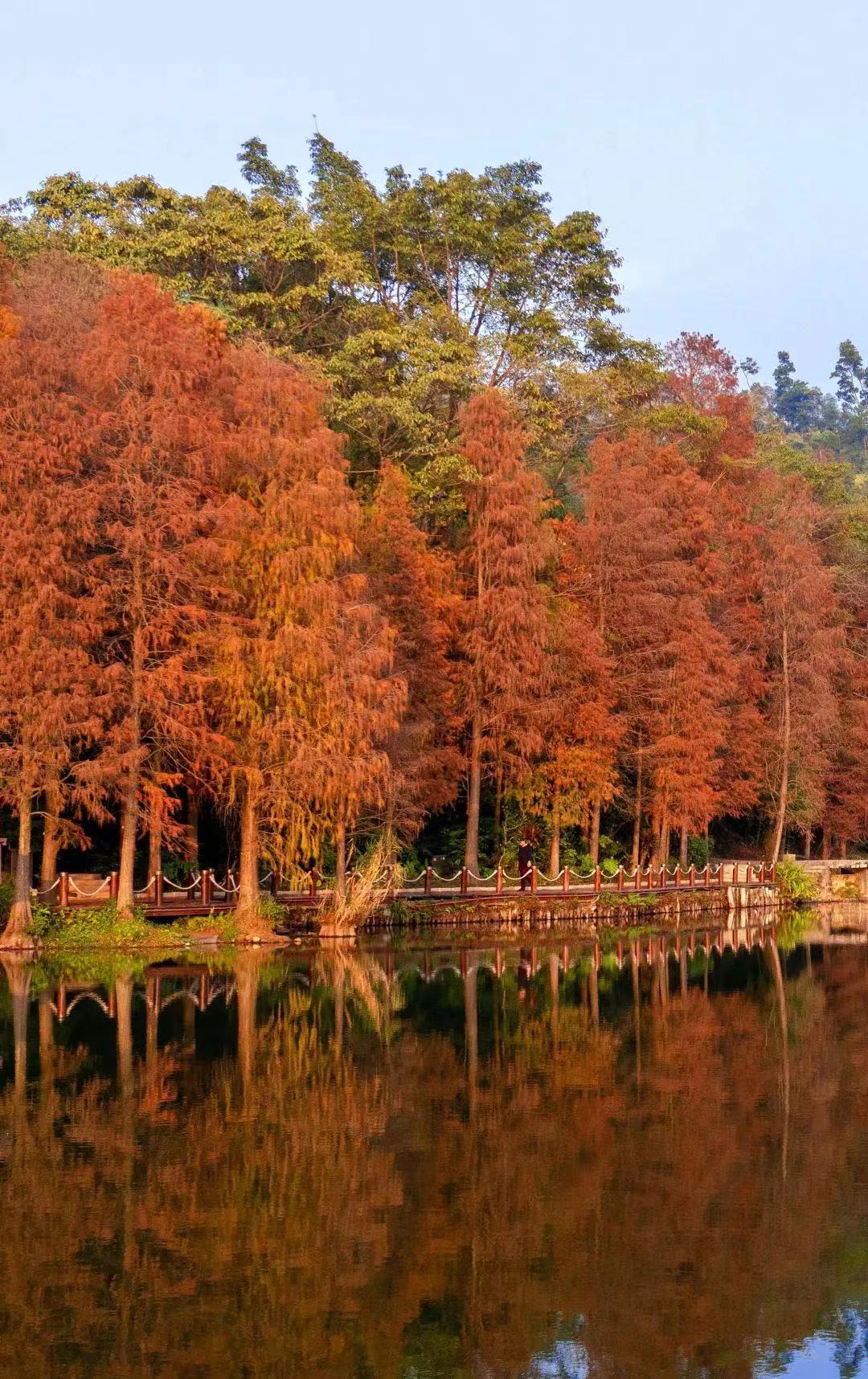 With three lakes inside, Honghu Park is almost entirely covered by water and is famous for abundant lotus flowers in summer and russet-red bald cypresses (落羽杉) in winter. Egrets flying around the lakes add a beautiful touch to the picturesque urban park. 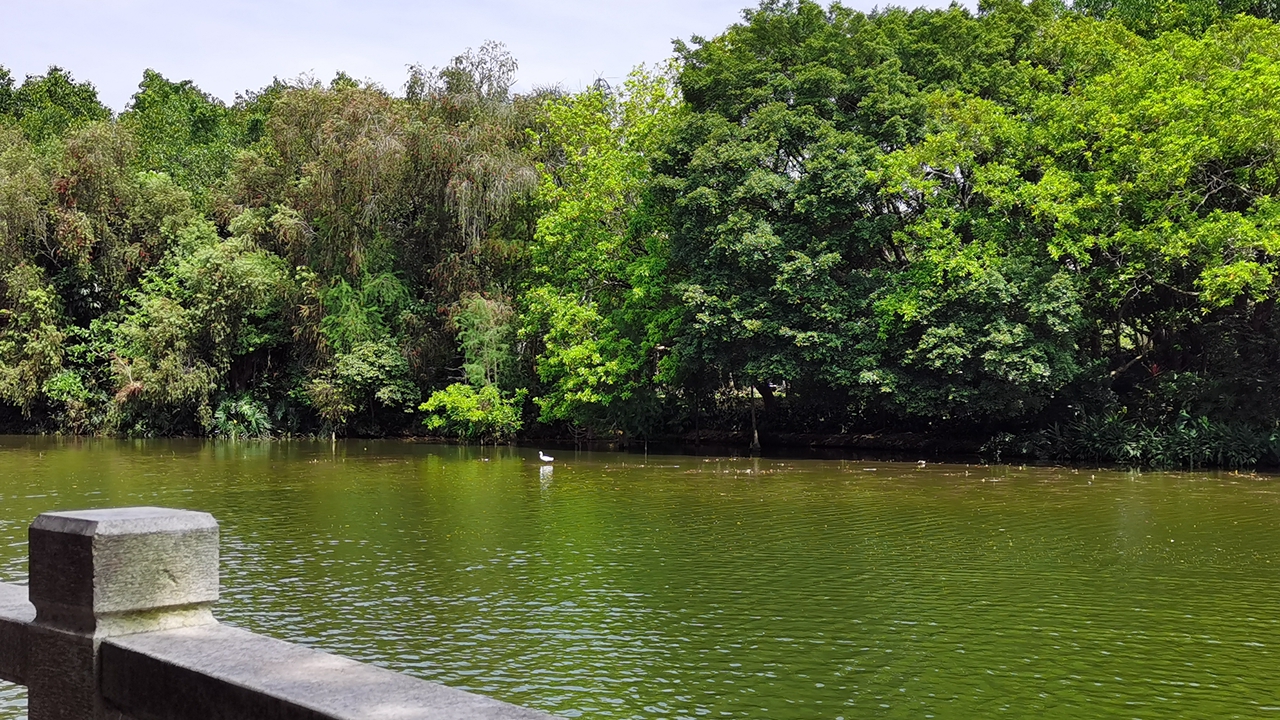 Donghu Park connects Wutong Mountain in the east and Shenzhen Reservoir to the north. The lakes in the park are surrounded by lush and verdant aquatic plants. 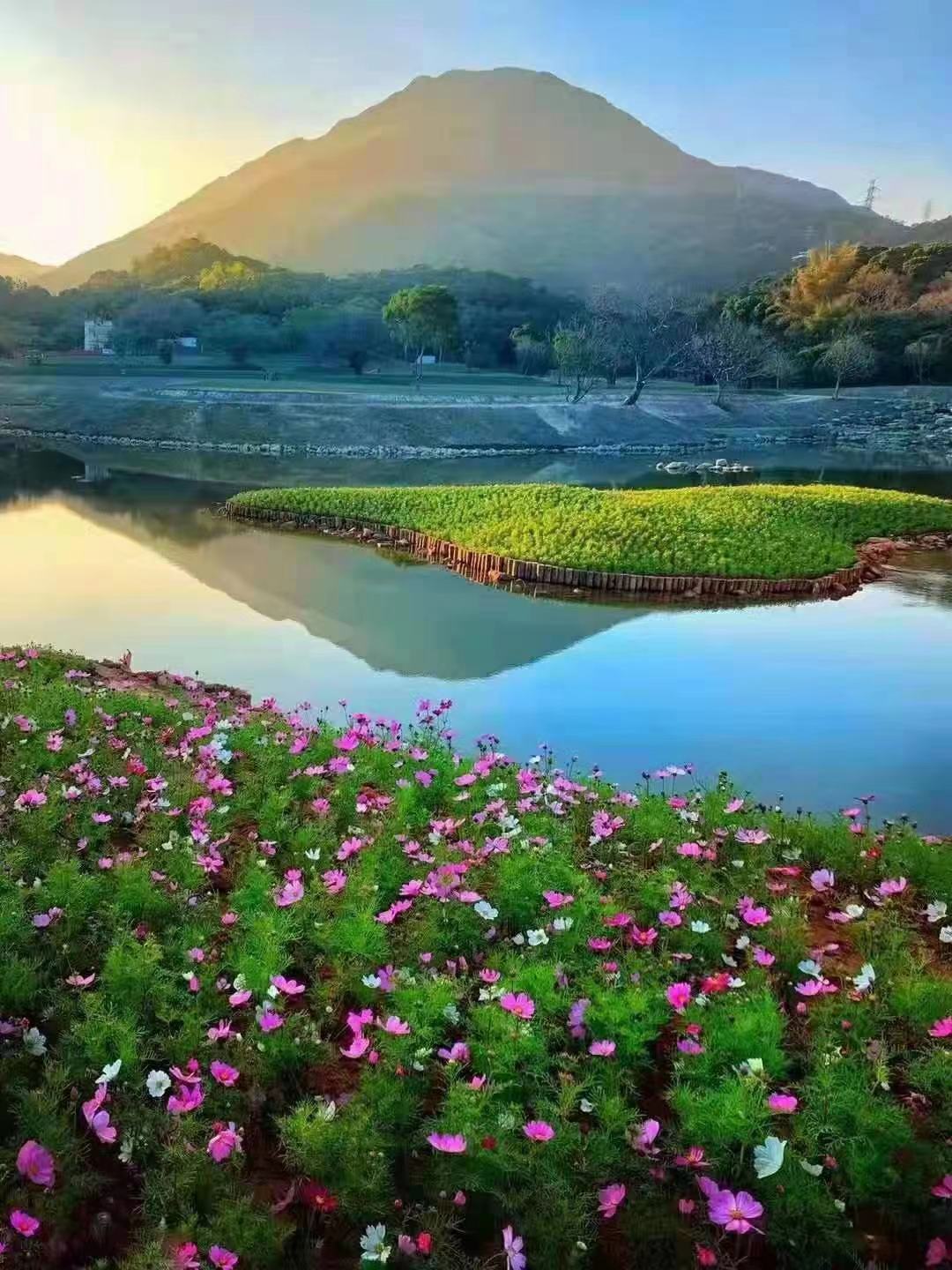 In Enshang Wetland Park on Wutong Mountain, you can enjoy an ocean of various flowers, well-preserved trees and the Enshang Reservoir. You can get an amazing view of the mountain and the sea in Yantian. 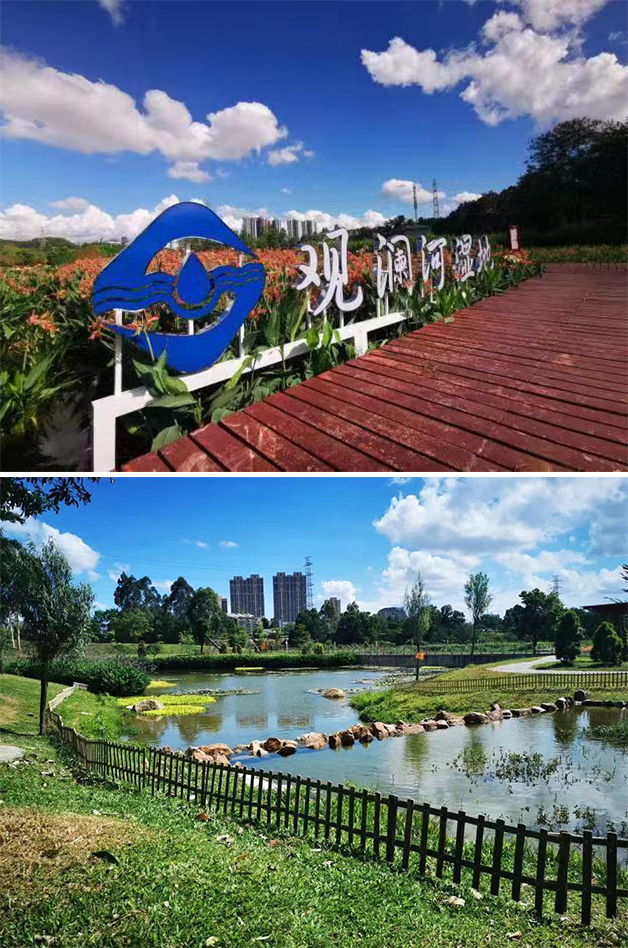 Located on the west bank of Guanlan River, the park, with several artificial wetlands, is famous for its water canna (水生美人蕉), a wetland plant with explosive, firecracker-shaped red blooms. Standing on a viewing platform, one can enjoy the river scenery that includes frequent visits by egrets. 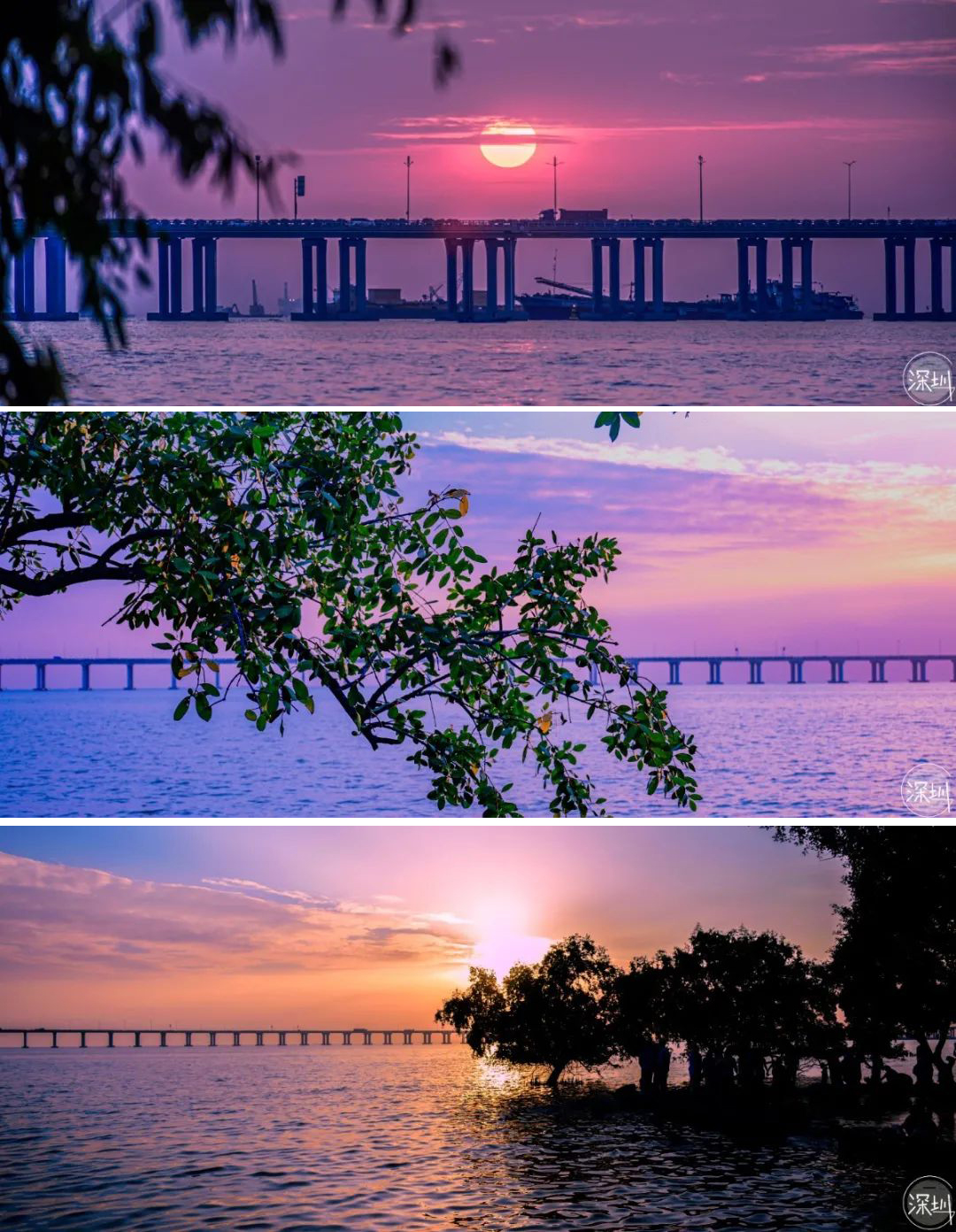 Acclaimed as one of the best places to view sunsets in Shenzhen, Xiwan Mangrove Park is a coastal leisure hotspot with several viewing platforms, vast greenery and mangroves. Taking a stroll on the greenway in the park is an enjoyment you won’t want to miss. 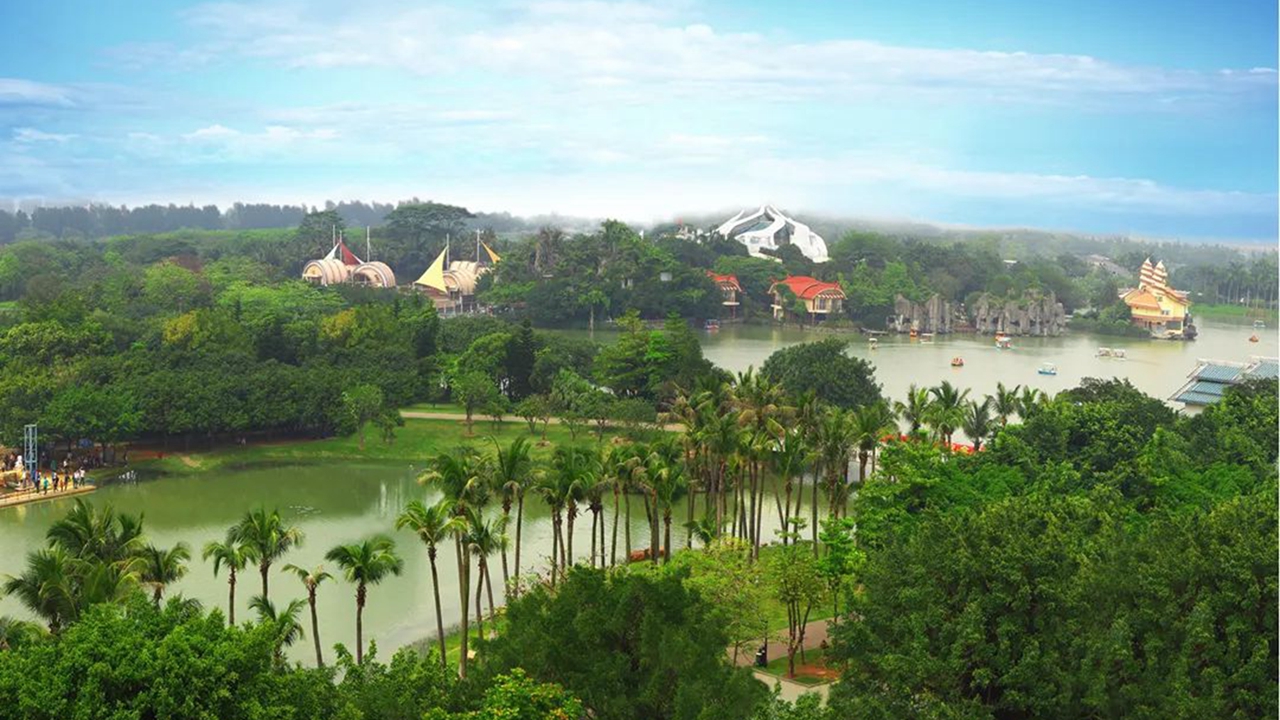 Located on the east bank of Pearl River estuary, Waterlands Resort is an important part of the estuary wetland system. The park has rich mangrove and shrub species, including Kandelia Candel (秋茄), Aegiceras (桐花树) and holy mangrove (老鼠勒).

Tickets: 60 yuan (Discounts are offered for children, seniors, the disabled and soldiers) 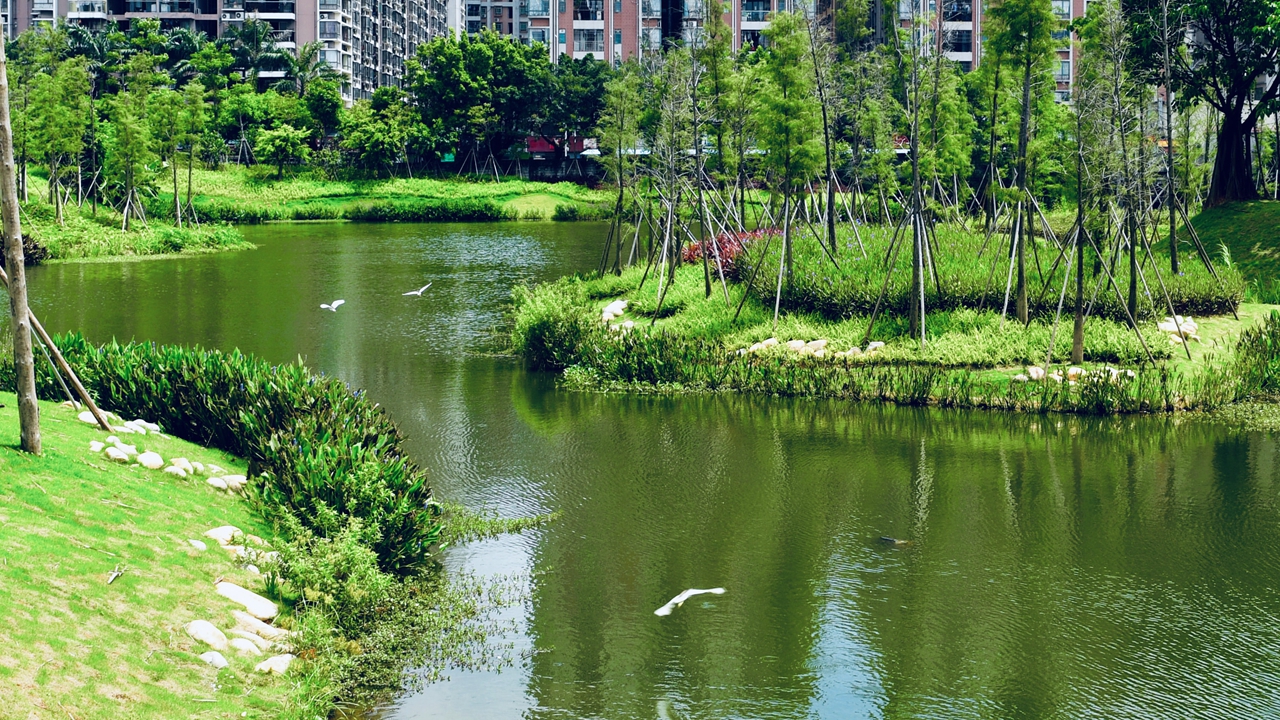 Surrounded by industrial plants, the park is small but delicate. Idling in the park while surrounded by bushes and flowers is a special delight. 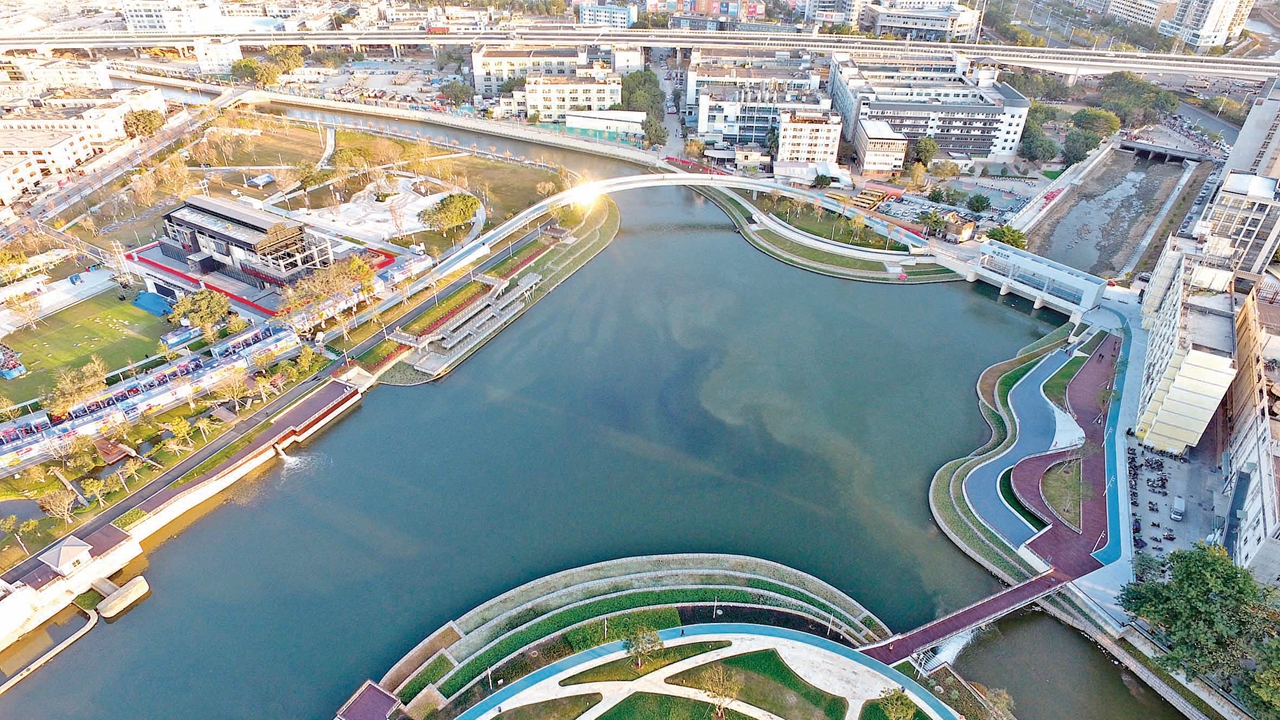 Haoxiang Lake Park is connected to four urban rivers: Pailao River, Xinqiao River, Wanfeng River and Tantou River. It plays an important role in flood control and pollution interception. Through urban renewal, the space surrounding the lake has been transformed into a waterfront park with a pedestrian loop connecting the four riverside spaces. The park was shortlisted in the landscape project category of Dezeen Awards 2021. 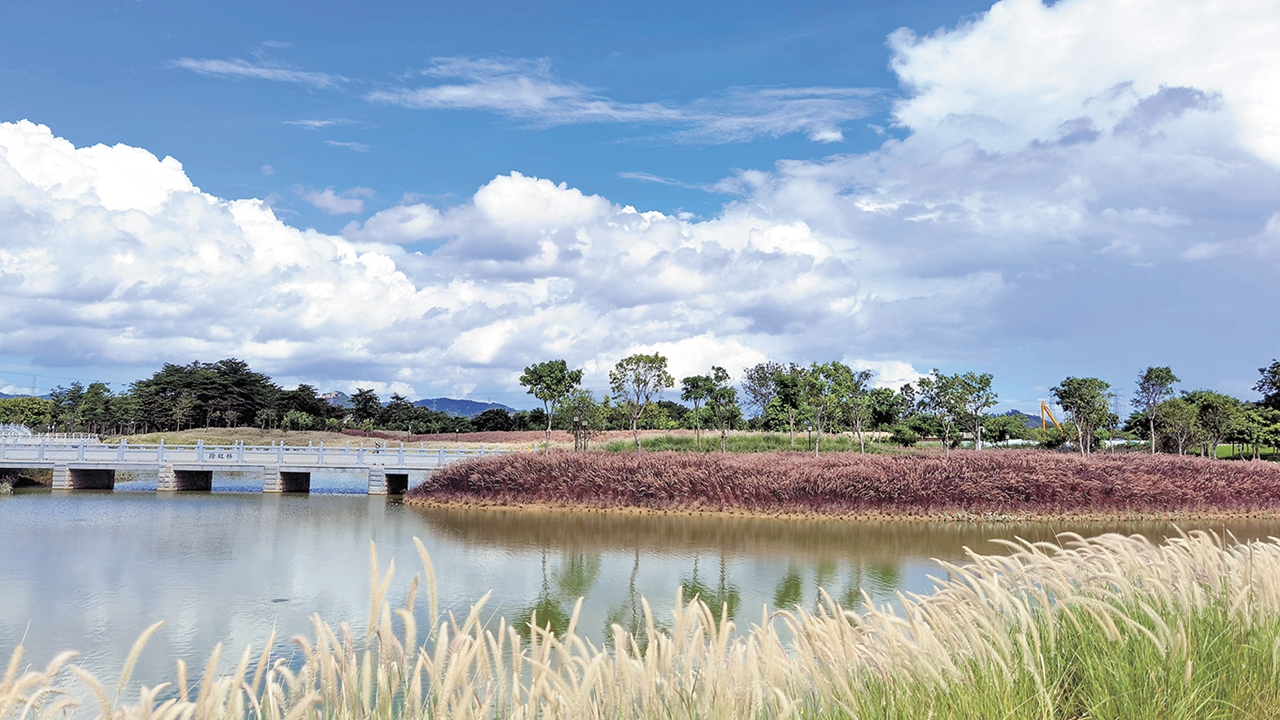 The vast Shiyan Lake is surrounded by Shiyan Wetland Park, Shiyan Reservoir, Qingcaopai Park (青草排公园) and Moshanghua Park (陌上花公园). Running on the 30.5-km Shiyan Lake Greenway, one can enjoy the tranquil and soothing environment around the lake.

Metro: Line 6 to Shangwu Station (上屋站), Exit B and then take a taxi 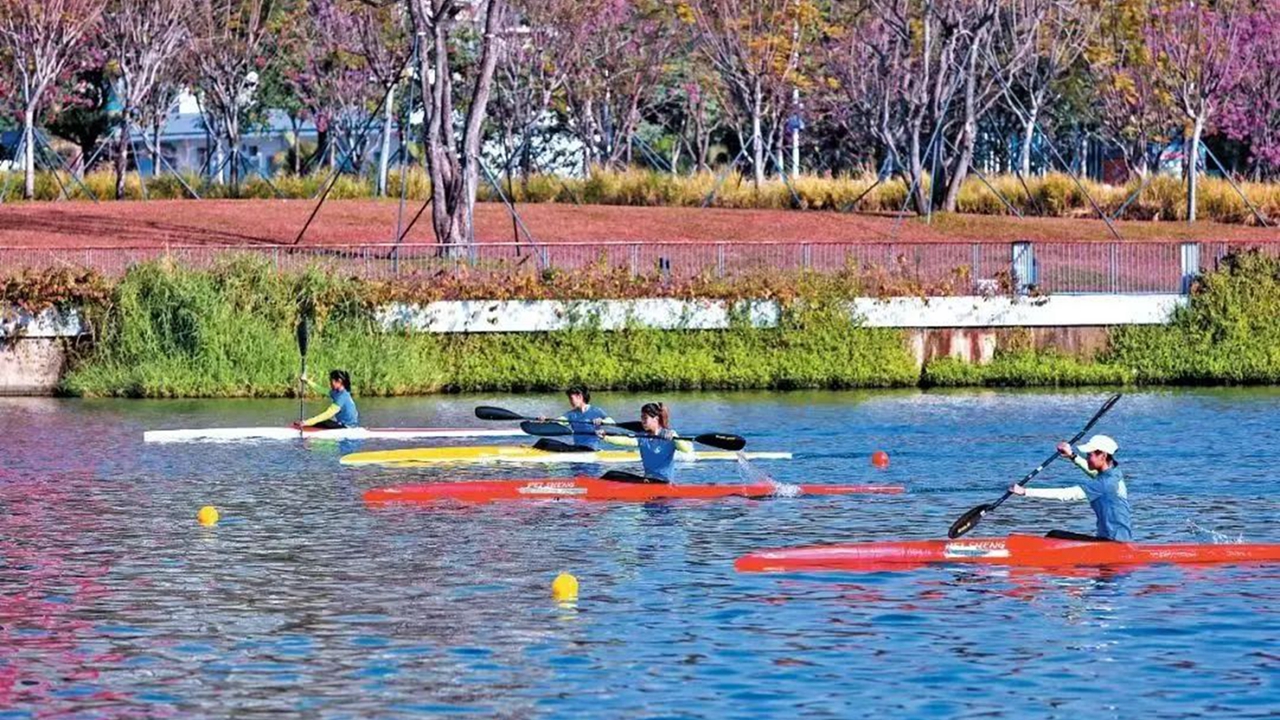 Yanluo Wetland Park on the south bank of Maozhou River used to be a stinky shoal. Through ecological management, the wetland has greatly improved the overall water quality. With reed marshes and lush greenery, the park is a popular relaxing spot. 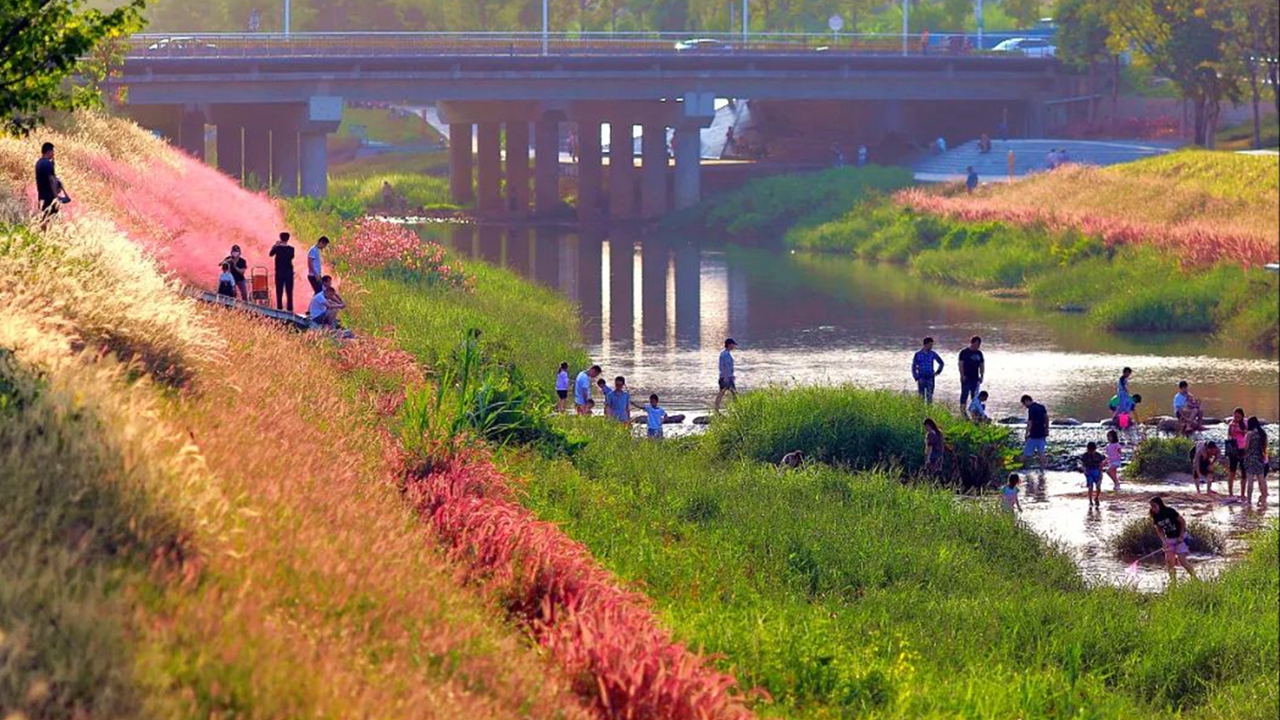 As a component of sponge-city construction and river improvement, 10 wetlands have been built along Pingshan River in recent years. On its north bank, Pingshan Wetland Park is small but has a peaceful landscape and is host to a variety of birds.

Metro: Line 14 to Shatian Station (沙田站), Exit D and then take a taxi 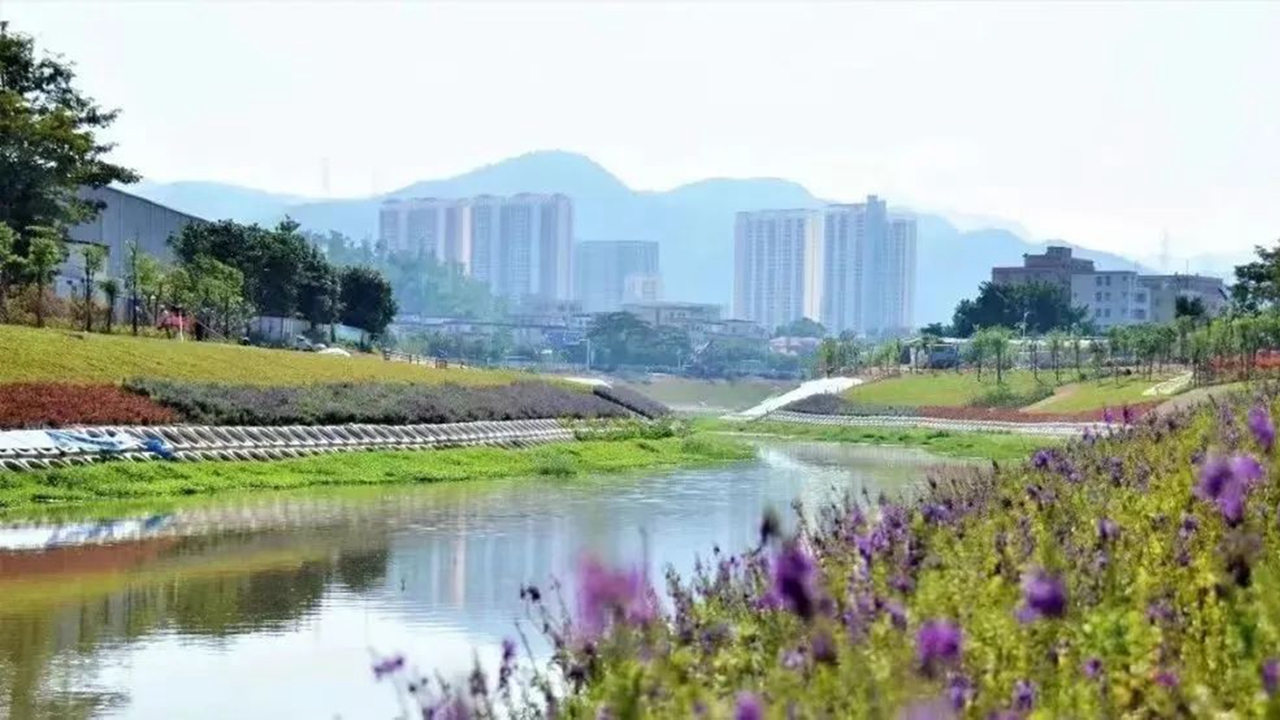 Metro: Line 14 to Shatian Station (沙田站), Exit D and then take a taxi Metro: Line 3 to Shuanglong Station (双龙站), Exit B and then take a taxi 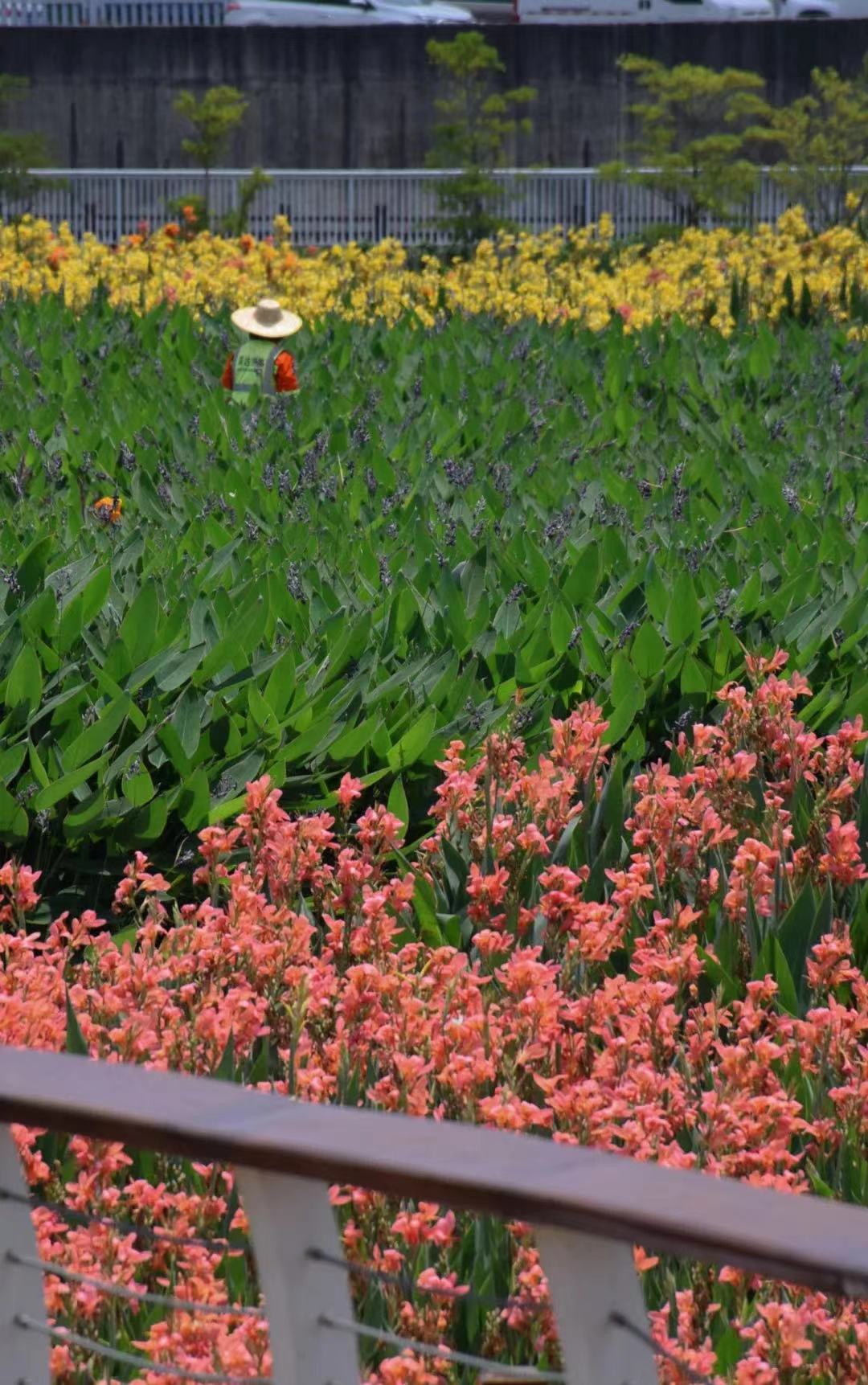 The park is famous for large fields of flowers such as rapeseed, sunflower and canna indica (美人蕉). 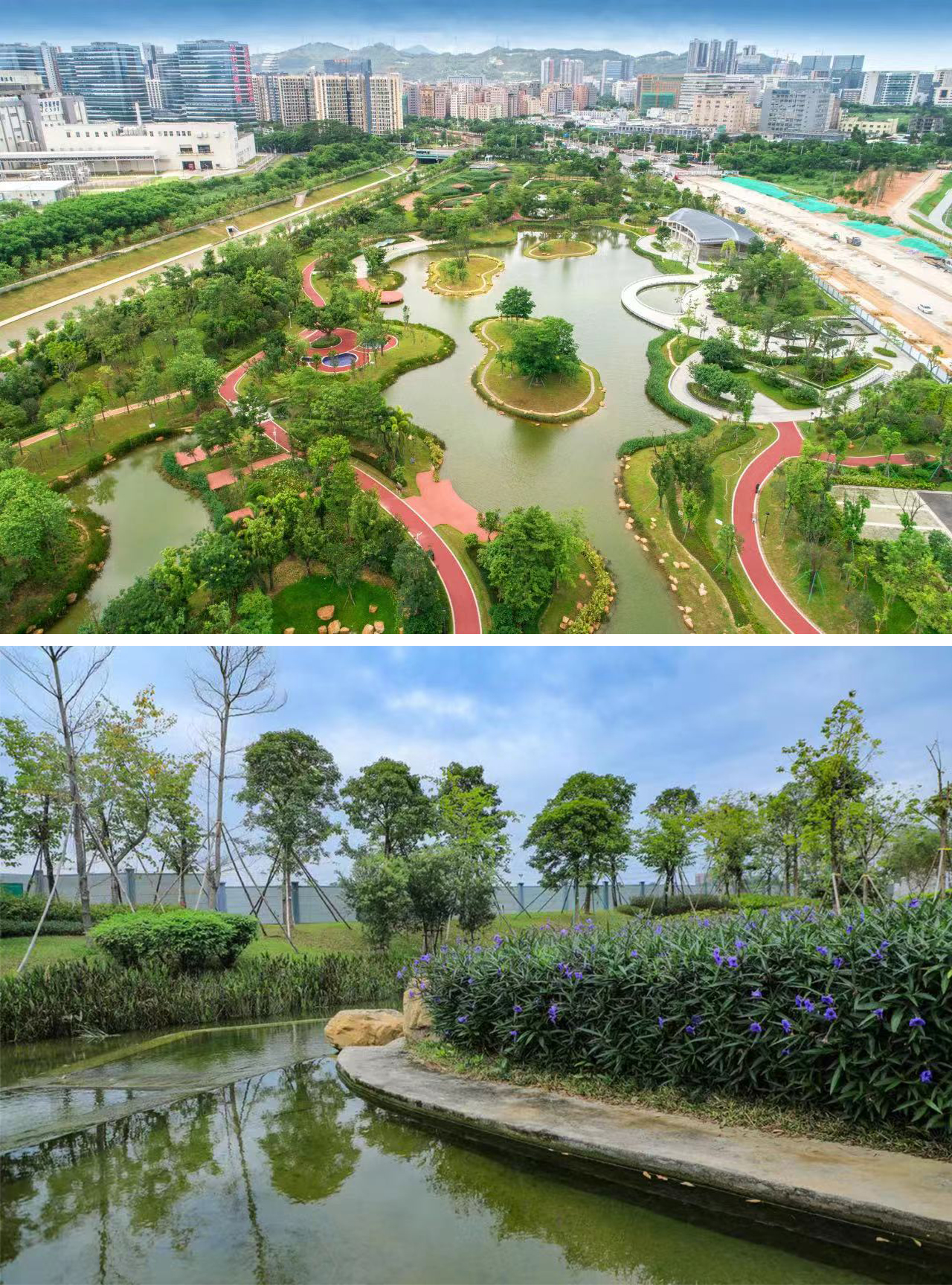 The park was built for ecological management and wetland protection. Currently there are more than 130 species of plants, offering a nice habitat for birds and insects. 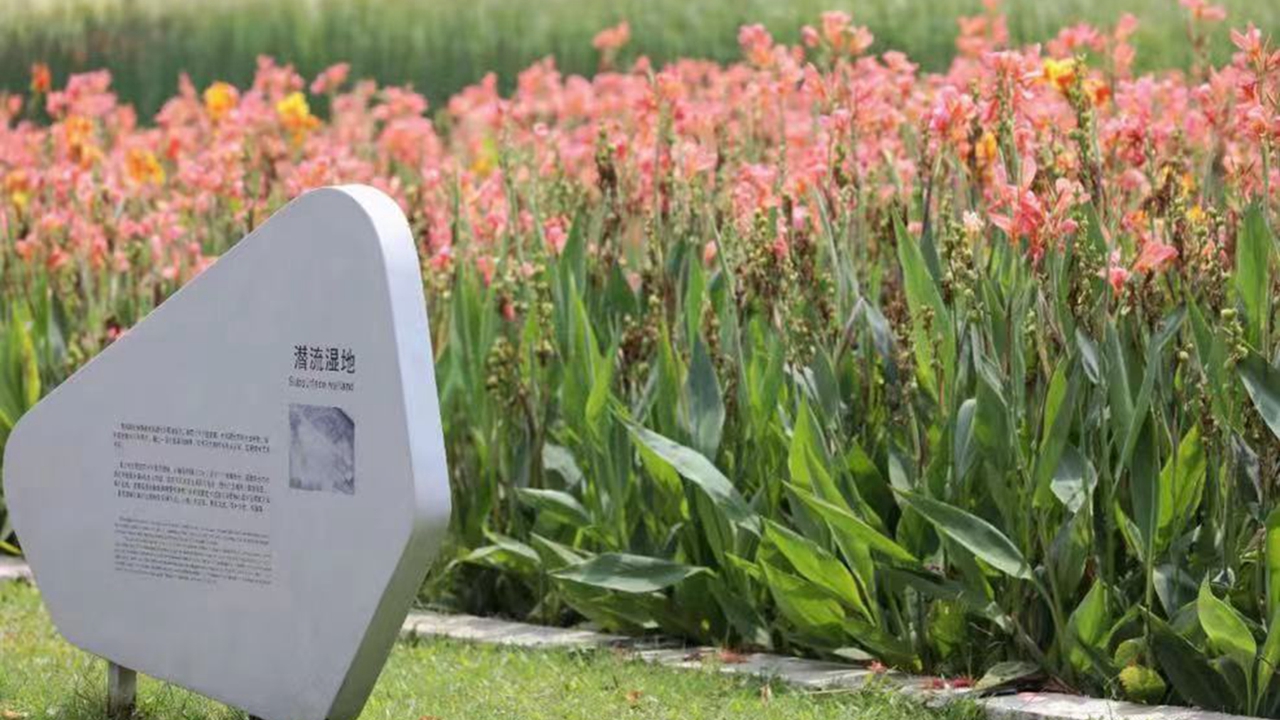 The park was built for ecological management and flood control. Now the water quality and biodiversity have been improved in the park.

Metro: Line 6 to Science Park Station (科学公园站), Exit A and then walk northward for 1.1 km 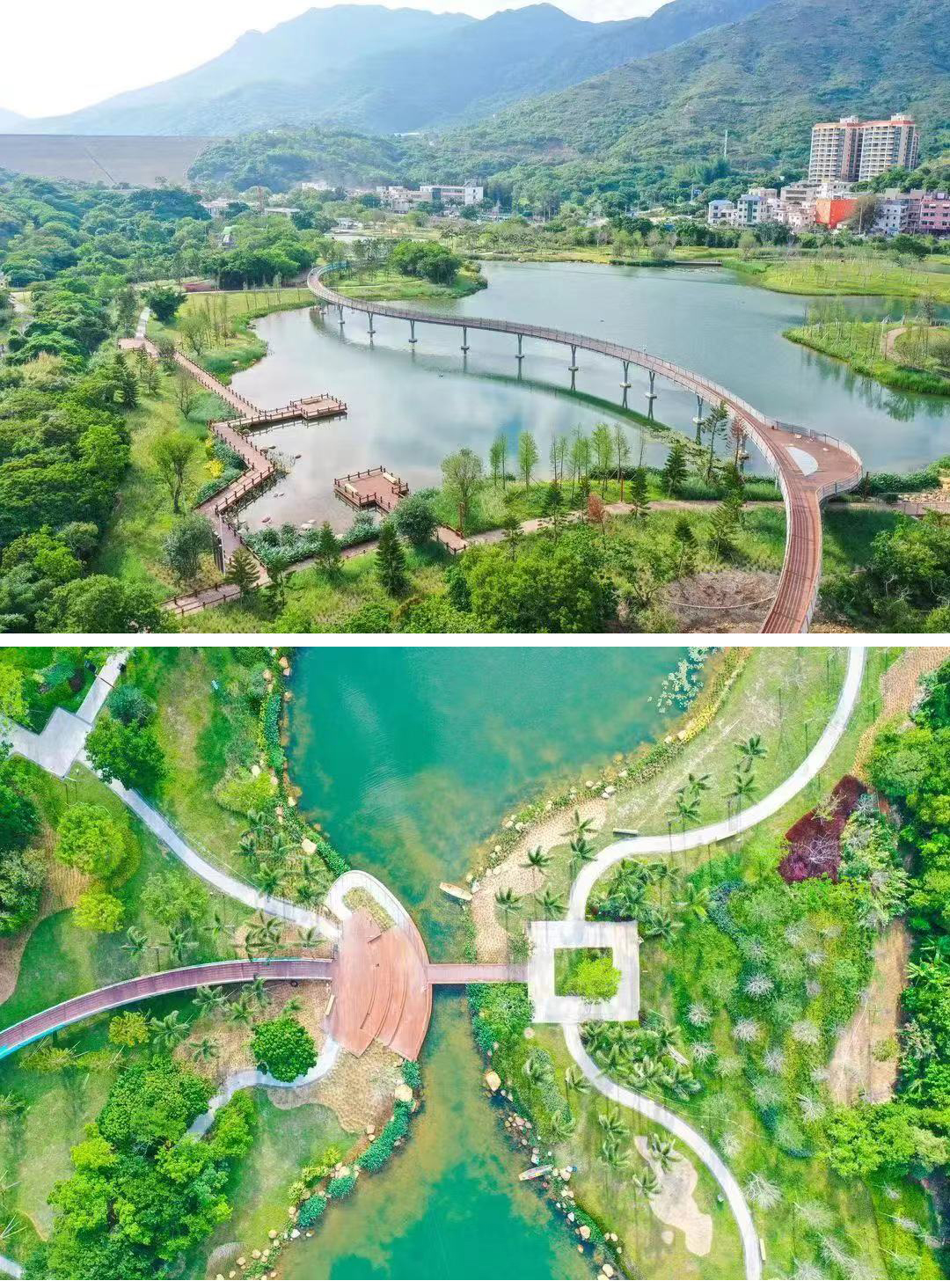 Located in Nan’ao, the park is famous for its exuberant excoecaria agallocha (海漆), a mangrove species. Bridges, planks and hiking trails connect the wetlands in the park. 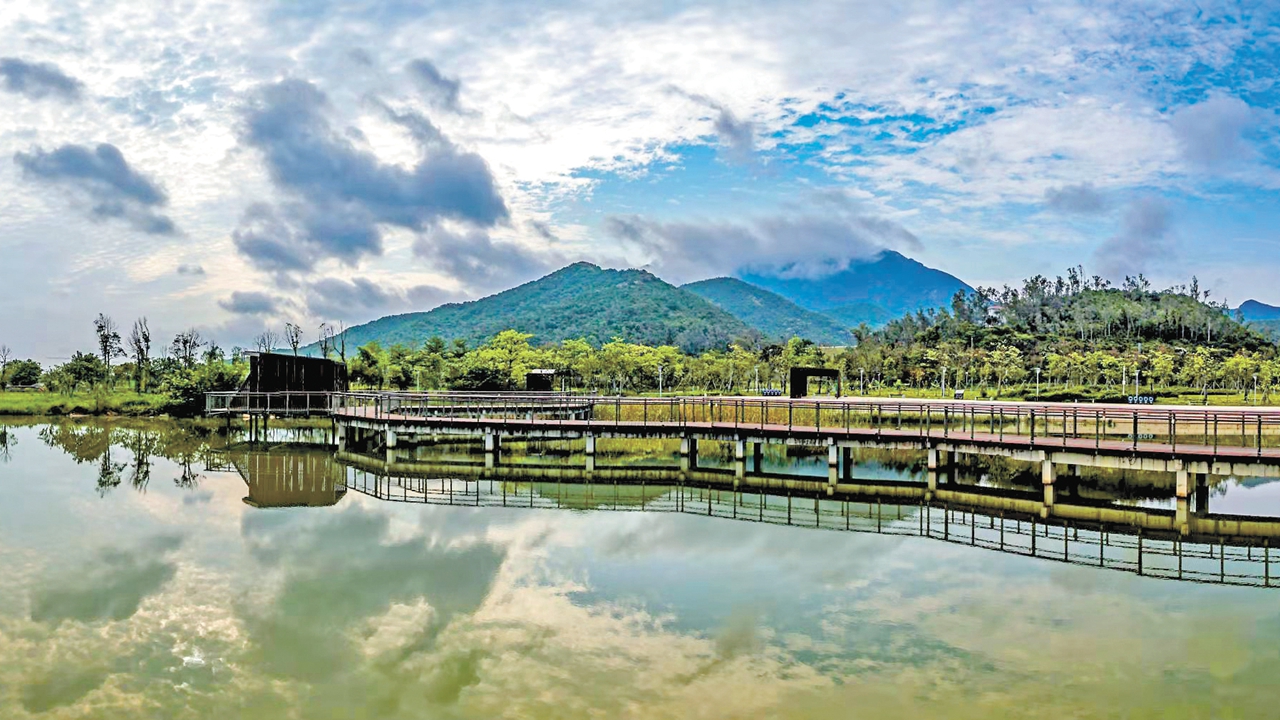 As a less-visited park in Shenzhen, this park boasts beautiful views of tulip mangroves which have a silvery appearance of the underside of the leaves. The ecological environment of Baguang is well maintained and there are beaches with volcanic rock features, which are perfect for weekend vacations. 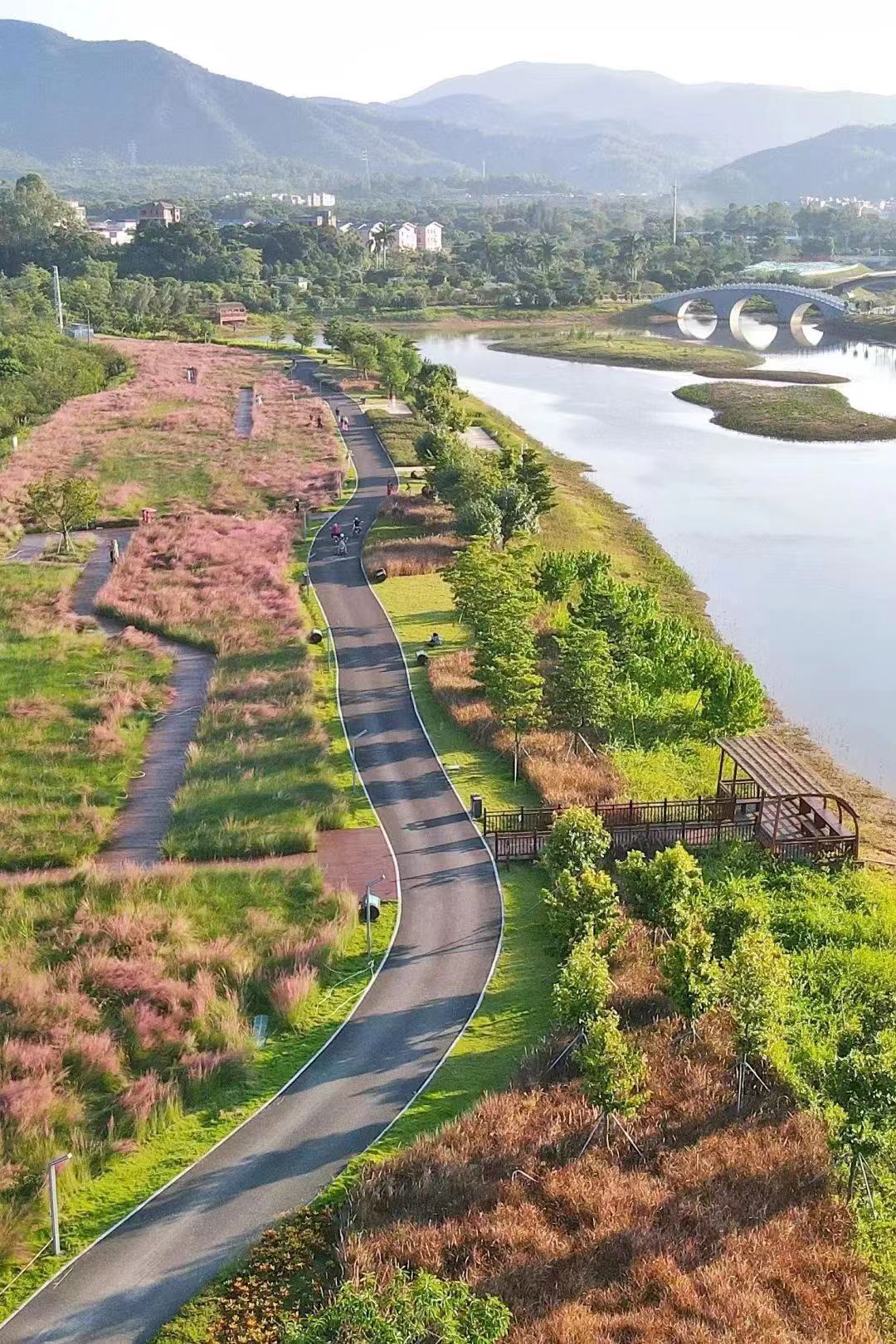 On the foot of Qiniang Mountain, the park has a 20,000-square-meter mangrove forest and three artificial islands. Its 7,000-square-meter hairawn muhly (粉黛乱子草) grass field with its pink cloudlike appearance attracts visitors to take photos.

It’s suggested that you drive to Dapeng.