Shenzhen moved up one place to clinch the ninth spot among world financial centers, according to the 32nd edition of the Global Financial Centers Index (GFCI 32) published by Z/Yen Partners in collaboration with the China Development Institute recently.

For the last 16 years, GFCI has been published twice a year, charting the progress of the world’s leading financial centers. 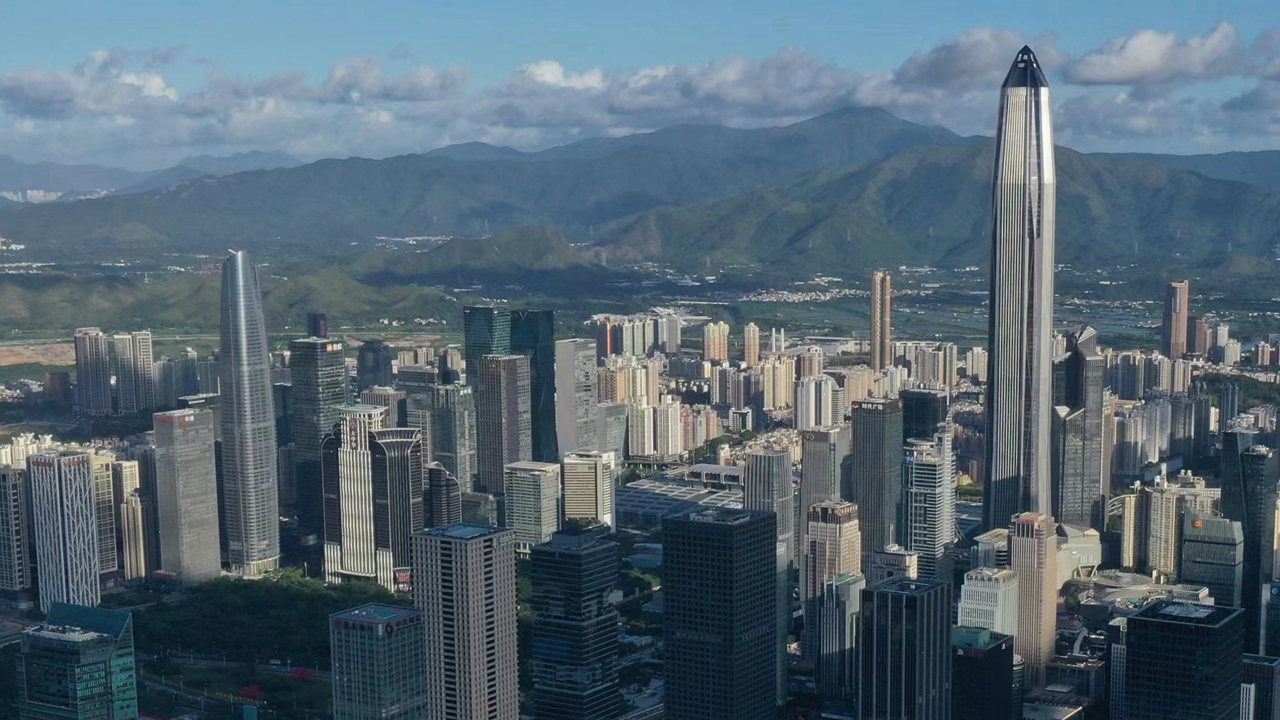 A bird’s-eye view of Shenzhen CBD in Futian District, which is home to a large number of financial institutions. Sun Yuchen

GFCI 32 rated 119 financial centers across the world combining assessments from financial professionals with quantitative data. New York held on to the top spot over second-place London, while Hong Kong fell to fourth and Singapore moved up to third.

From the 32nd place on the GFCI 12 in 2012 to the ninth place on the GFCI 32, Shenzhen has gradually come to prominence on the world stage as a leading global financial center, with achievements and confidence accumulated through reform and opening up.

He Jie, head of the city’s financial supervisory body, pointed out that Shenzhen’s financial industry has shown strong resilience despite the impact from the Sino-U.S. trade frictions and the COVID-19 pandemic in recent years.

On the GFCI 32, New York has consolidated its leading position, ranking first in every category except banking, which was topped by Shenzhen. According to data from the Shenzhen Central Sub-branch of the People’s Bank of China, as of the end of this July, the city’s balance of local and foreign currency deposits reached 12.1 trillion yuan, up 3.1 times over 2012. The balance of domestic and foreign currency loans reached 8.2 trillion yuan, up 2.8 times over 2015.

In 2014, Shenzhen’s WeBank became the first digital bank in China. Up to now, the bank has served over 340 million individual customers and nearly 2.8 million small and micro businesses and has become one of the top 100 banks in China and the top 1,000 banks in the world. The bank has been dubbed as “the world’s leading digital bank” by Forrester, an internationally renowned independent research company.

Listed companies are the most dynamic economic entities in a city. The Shenzhen Stock Exchange has long been ranked third globally in trading volume, and sixth in terms of market value. The stock exchange has recorded the largest number of initial public offerings (IPOs) in the world for years.

Since the reform of the registration-based IPO system, Shenzhen enterprises have reaped reform dividends. As of the first half of this year, Shenzhen had 32 companies listed on the Shanghai Stock Exchange’s sci-tech innovation board and 41 companies listed on ChiNext, with over 90% among them belonging to strategic emerging industries.

Zhang Lixing, head of the city’s banking and insurance regulator, has revealed that the Cross-boundary Wealth Management Connect (WMC) has been developing smoothly since its launch in the Guangdong-Hong Kong-Macao Greater Bay Area in September 2021.

By the end of June, 24 banks in Shenzhen had obtained pilot qualification and opened 12,560 WMC-related accounts.

The plan proposed that Shenzhen strives to turn itself into a globally influential fintech hub by 2025.