“I can only hope that if I had to do it (facing another pandemic) one more time, I would be here in China.”

Tracy Mosness, vice president of production and development of Shekou-based Husky Oil China Ltd., made the remarks when talking about the recent COVID-19 pandemic that has sickened millions of people across the globe. 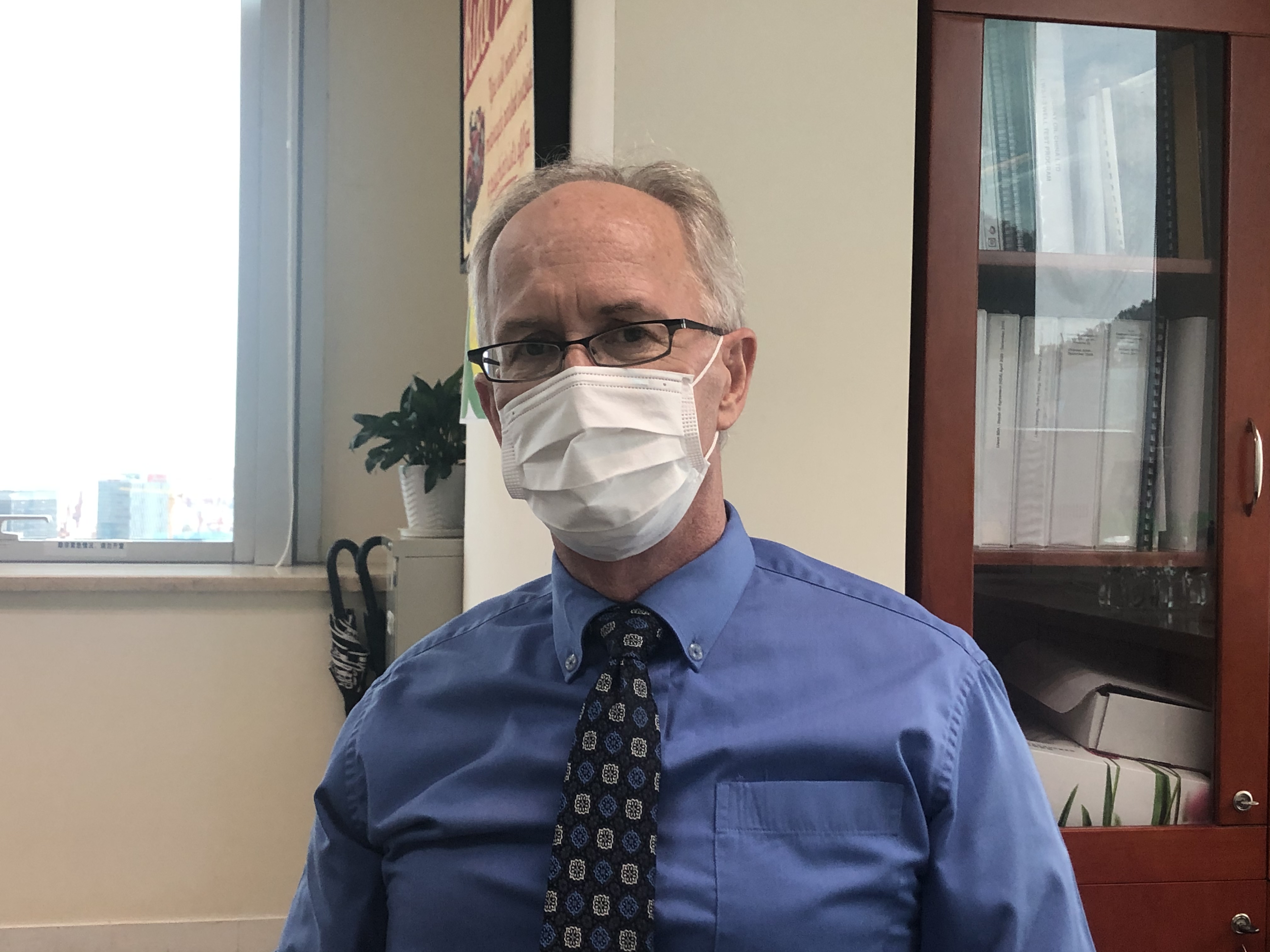 He applauded the quick response to the coronavirus outbreak by both the Central and local governments. “The government actually responded to the needs of the society and people.”

This is not the first time for Mosness, from the United States, to face an epidemic outbreak. Before relocating to Shenzhen in the fall of 2008, Mosness has worked for years in a number of other countries such as Russia, Indonesia and some African countries.

Mosness said he has encountered other epidemics caused by contagious viruses like Ebola and MERS while working in African countries. Although COVID-19 has more of a far-reaching influence on human activities than Ebola and MERS, the business operations of Mosness’ company in Shenzhen has not been affected as strict preventive measures have been put in place to prevent the spread of the virus to the offshore platforms.

He said he was impressed by how the anti-COVID-19 measures and policies have been effectively followed through, from the Central Government down to local administrations to ordinary people, during the entire period.

Having worked in the oil business for 40 years, Mosness has witnessed tremendous growth that the local oil industry has achieved. “When I first arrived in Shenzhen to start the Liwan deepwater natural gas project, I had to bring in international contractors for the project as there were no local contractors that had the skills and techniques to drill as deep as 1,500 meters below seawater.”

The Liwan project was built by Mosness from scratch. He had to decide where to drill and how the underwater pipeline would be installed to transport the natural gas to onshore terminals. He was involved in the design and construction of the most cost-effective offshore operation platform for the project.

“He is hard-working,” said Li Qijun, Chinese director of Deepwater Production of Husky China, adding that he had never heard Mosness complain about anything related to work in the five years he has worked with the American.

After years of cooperation on a few offshore oil rigs in the South China Sea, “now I can find qualified local contractors for the deepwater projects,” Mosness said. Many local oil engineers have grown to be competent for the Liuhua project, another large deepwater oil and natural gas project that has started operating in 2017 with a daily production capacity of 800 million cubic feet (23 million cubic meters) of natural gas.

Mosness spoke highly of Shenzhen’s infrastructure, especially the Shenzhen Bay Park in which he bikes every morning, and the changes in social behaviors in the city. On the weekends, he often rides his bike all the way from the westernmost section of the park in Shekou to Futian.

It is good to see that “cars now respect people in the crosswalks and many vehicles do yield to pedestrian traffic when turning right on a red light,” he said.

Mosness flies home to Montana, the United States, during his holidays. He has a 250-hectare farm on which a variety of crops are grown. He said his wife spends half a year in Shenzhen with him and the other six months in the United States.