Long before the age of the smart phone, Albert Einstein, one of the most brilliant minds of the 20th century, was said to have predicted: “I fear the day technology will surpass our human interaction. The world will have a generation of idiots.” Now new technologies, such as facial recognition, virtual reality and artificial intelligence, are proving beneficial to mankind in terms of monetary advantages, communication, and staying connected and updated with what is going on in the world.

Like everything, technological advancement has its pros and cons. A group of international artists are exhibiting their videos, installations and graphic art at the 2017 OCT-LOFT Creative Festival’s exhibition “The Imagined Future Is Not the Future,” visualizing our future and showing their concern for this technologically-advancing world.

Dewey-Hagborg is a transdisciplinary artist and educator who is interested in biopolitics. In her “DNA Spoofing” project, she predicts the possibility of genetic surveillance in the future because as humans, we constantly shed genetic material in public space, so it is becoming increasingly common to use those traces for tracking individuals’ whereabouts.

A visitor looks at “Non-cooperation Collection” by Su Wukou and Shangguan Zhe. Courtesy of OCT-LOFT

Her inspiration comes from Internet Protocol spoofing, which makes anonymous Internet browsing possible. She then creates DNA spoofing by scrambling genetic materials of different people to defend against genetic surveillance. In the “DNA Spoofing” video, Dewey-Hagborg and a woman use each other’s combs, nail clippers and lip gloss to mix each other’s genetic materials.

Dewey-Hagborg’s interest in issues surrounding genetic surveillance has led to the development of two products that serve to eliminate DNA traces. The two products, found in her notable work “Invisible,” are “Erase,” a bleaching spray that cleans surfaces (e.g. cups, bowls) of DNA evidence and “Replace,” a spray consisting of a blend of genes designed to introduce foreign DNA evidence to the surface, therefore masking any original DNA remaining in that area. Dewey-Hagborg views these as a defense against the looming DNA surveillance state. 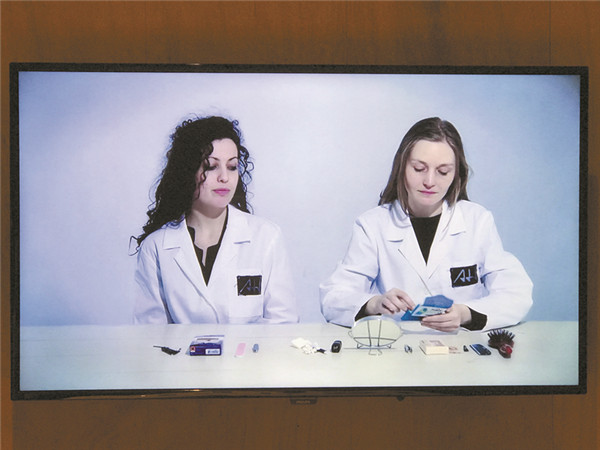 Architect Young’s “Where the City Can’t See” is a fiction film shot entirely through laser scanning technology, the same vision system that driverless cars use to navigate. In a not-too-distant future where Google maps, urban management systems and closed-circuit TV surveillance are not only mapping our cities but ruling them, Young explores the subcultures that could emerge from these new technologies.

The film follows a group of young factory workers across a single night, as they drift through the smart city in a driverless taxi, searching for a place they know exists, but that the map doesn’t show. They are part of an underground community that works on the production lines by day and enact their escapist fantasies in the hidden spaces of the city by night, wearing masks to bypass facial recognition. They hack the city and search for the wilds beyond the machines. 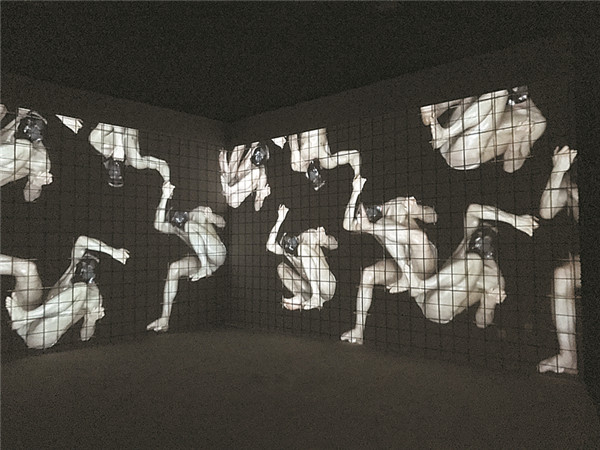 “With technology developing as fast as it does, we need to adapt to a lot of unknown possibilities and dangers, which will come not only in 2050 but tomorrow already,” said Angelique Spaninks, academic counselor of the OCT-LOFT Creative Festival. “Which technology will rule our world in the future? We have no answers right now, so we present this exhibition here for discussion and I believe creativity and human-oriented technology will make sense for future development,” said Feng Boyi, another academic counselor of the festival.